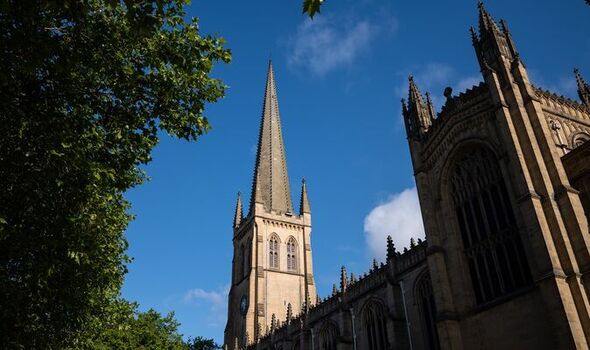 A by-election in the former mining heartland represents the first major test of the ‘true blue’ fortifications Boris Johnson has put in place of the Red Wall he so dramatically destroyed in 2019.

The Conservatives smashed through Labour’s once impregnable defences leaving their opponents in a similar state to the ruins of Sandal Castle, which looms over the city’s southern outskirts and was the location of the conflict 562 years ago.

Yet this week’s modern-day encounter is being billed as a battleground test of how the Prime Minister’s recent law-breaking troubles have resonated with the public.

Defeat could lead to a fresh backbench putsch to oust Mr Johnson from No 10.

A resounding victory for Tory candidate Nadeem Ahmed, however, would likely force the PM’s detractors into a quiet retreat and put an end to plots to replace him.

The Wakefield poll was triggered by the resignation of Imran Ahmad Khan – following his conviction for sexually assaulting a 15-year-old boy in 2008. The disgraced MP had secured a 3,358 majority to become the first non-Labour MP in the West Yorkshire city for 90 years. But this time, opinion polls are suggesting it will be a comfortable win for Labour candidate Simon Lightwood – with one poll giving him a 23-point lead.

Yet while Labour remain quietly confident, party insiders say they remain unsure whether Mr Johnson will prove to be a vote winner or vote loser.

Retired shop worker Eileen Rogers, 73, is worried a Labour win will harm the levelling-up agenda. She said: “I fear people around here have stopped listening to Boris. In the last two years, his opponents have tried everything to pull him down.

“When you look around Wakefield, it is awful, but that’s not the Prime Minister’s fault – that’s down to the council.”

Fellow Johnson fan Carole Tasker, 58, works for the NHS in Leeds and has three children and seven grandchildren.

She said: “I don’t think since Brexit anything has improved. Wakefield used to be such a lovely place, with a thriving market and people travelled from all around to visit. But now it’s a ghost town, there are empty shop units with a few cafes, banks and charity shops scattered in between.

“What would be ideal would be a mix of Boris Johnson and Maggie Thatcher. She was a strong woman and that’s what we need, but with a bit of Boris in there, too.”

Retired bakery worker Colin Abbott, 84, said: “It’s a split town – politically and in layout. There was no plan when they opened the new shopping centre and put it on the other side of the city to the existing one – life in between has been sucked out.

“I’ll be voting Labour. I’m not a Johnson fan and he deserves all the criticism. But I have to admit he has done good things – such as his handling of Ukraine.” 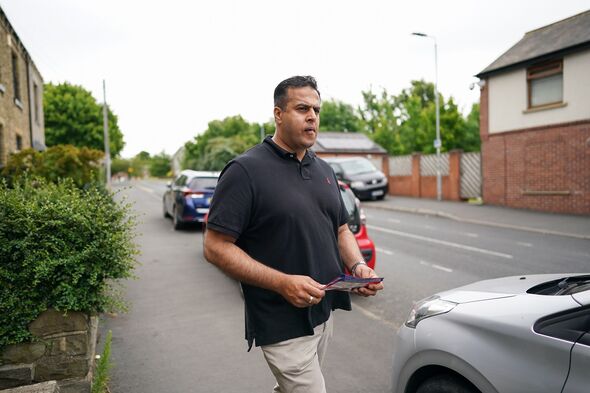 Located 180 miles away from the Westminster bubble, the district once thrived on its mill and coal mining industries, but since the closure of the final pit 20 years ago it has struggled to escape the shadow of big brother neighbour Leeds.

There is a chronic lack of post-industrial identity with warehouse jobs being the only alternative to the former colliery work.

A badly failing transport system has exacerbated problems and limited opportunities for young people while the pandemic saw unprecedented demand put on the voluntary sector in the city.

Despite this need, Wakefield has just one charity available per 1,000 of the population – half of the average in England.

Yet author Dale Brendan-Hyde, 48, insists things are “not as bad as many make out”.

He said: “Times change. There is a great café culture, the nightlife is good and there are tons of lovely restaurants and bars. But we need to make more of our history.There are amazing buildings that are neglected.”

Dale says he is unlikely to vote, citing the age-old complaint that politicians are “all as bad as each other”. He added: “It’s not about Partygate lies, for me it’s more what they say to get your vote, which then always changes into something else.”

Also unlikely to vote is nursery worker Maia Wright, 22, much to the dismay of her gran Yvonne Haymes, 80.

Maia said: “I have no idea about politics but I think Wakefield has the potential to be so much better.”

Yet retired pub landlady Yvonne insisted: “It’s the greatest soap opera – I love all the drama of politics.

“I’d certainly never vote for Boris.We are being told we might need to put boots on the ground and go to war with Russia – can you imagine him being in charge while that happens? The thought keeps me awake at night.The very least I want from a politician is honesty and trust – he offers neither.”

Record shop worker Scott Wainwright, 45, claims at the 2019 election people in Wakefield were “miss-sold” but believes many were just “looking for something to which they could align themselves.”

He said: “The last election was very much a protest vote, which worked in favour of Johnson, but we’ve not seen much evidence of the promised change.”

Child care worker Ryan Bell, 26, said: “Labour haven’t done anything to win back votes they lost in 2019. You have ex-miners saying they voted Conservative – that would have been sacrilege a few years ago.

“People don’t like to be lied to. Governments can throw things such as austerity at people and they will shrug – but telling lies makes people feel stupid.