The legislation invests in American chip manufacturing and is part of a streak of legislative successes that President Biden is planning to highlight as the midterm elections approach.

This article is part of our Daily Business Briefing 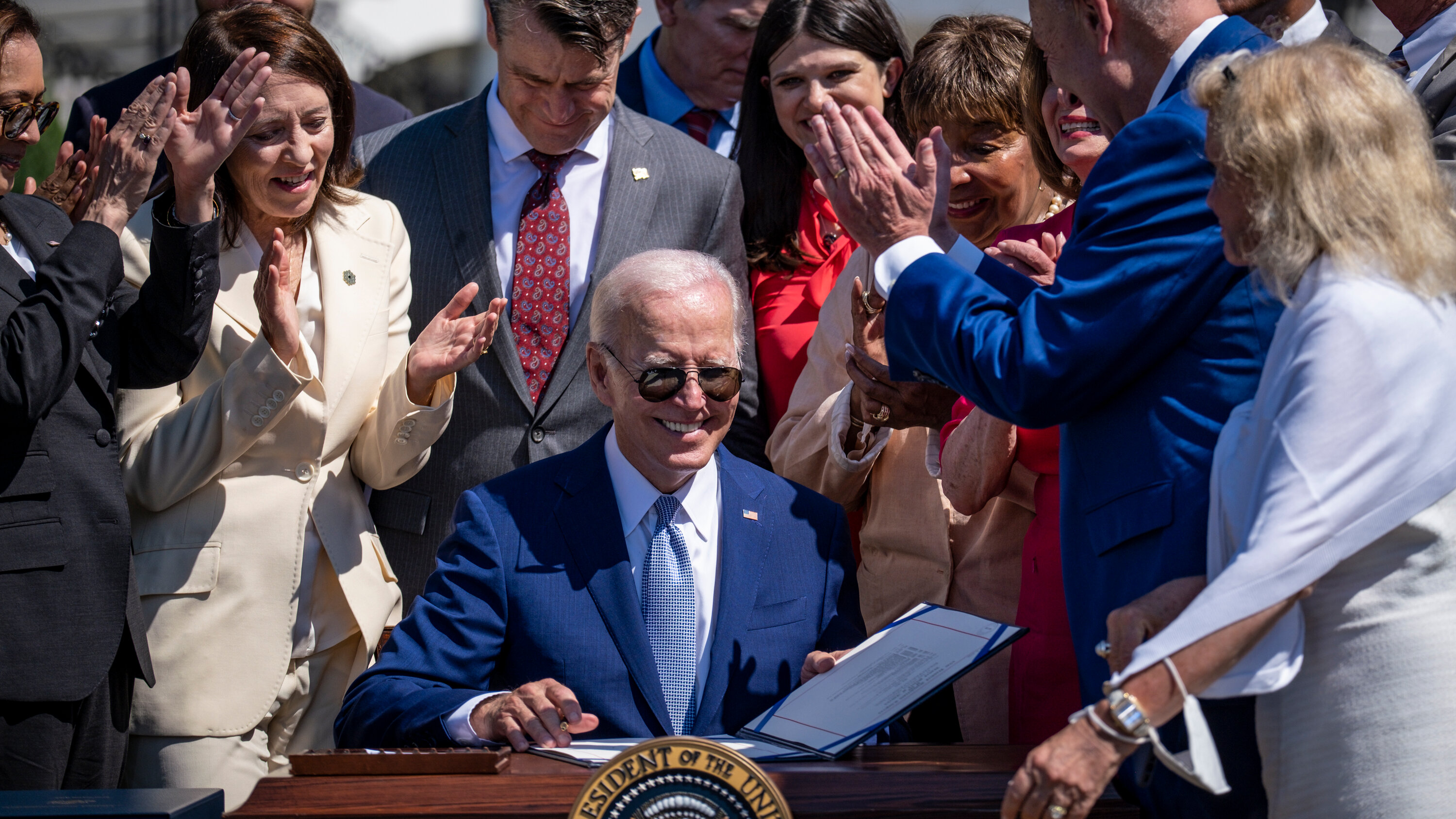 WASHINGTON — President Biden on Tuesday signed into law a sprawling $280 billion bill aimed at bolstering American chip manufacturing to address global supply chain issues and counter the rising influence of China, part of a renewed effort by the White House to galvanize its base around a recent slate of legislative victories.

Standing before business leaders and lawmakers in the Rose Garden, Mr. Biden said the bill was proof that bipartisanship in Washington could produce legislation that would build up a technology sector, lure semiconductor manufacturing back to the United States and eventually create thousands of new American jobs.

“Fundamental change is taking place today, politically, economically and technologically,” Mr. Biden said. “Change that can either strengthen our sense of control and security, of dignity and pride in our lives and our nation, or change that weakens us.”

The bipartisan compromise showed a rare consensus in a deeply divided Washington, reflecting the sense of urgency among both Republicans and Democrats for an industrial policy that could help the United States compete with China. Seventeen Republicans voted for the bill in the Senate, while 24 Republicans supported it in the House.

While Republicans have long resisted intervening in global markets and Democrats have criticized pouring taxpayer funds into private companies, global supply chain shortages exacerbated by the pandemic exposed just how much the United States had come to rely on foreign countries for advanced semiconductor chips used in technologies as varied as electric vehicles and weapons sent to aid Ukraine.

More Coverage of the 2022 Midterm Elections

In a sign of how Beijing’s rise drove the negotiations for the legislation, Mr. Biden explicitly mentioned China multiple times during his remarks at the bill-signing ceremony.

“It’s no wonder the Chinese Communist Party actively lobbied U.S. business against this bill,” the president said, adding that the United States must lead the world in semiconductor production.

The bill is focused on domestic manufacturing, research and national security, providing $52 billion in subsidies and tax credits for companies that manufacture chips in the United States. It also includes $200 billion for new manufacturing initiatives and scientific research, particularly in areas like artificial intelligence, robotics, quantum computing and other technologies.

The legislation authorizes and funds the creation of 20 “regional technology hubs” that are intended to link together research universities with private industry in an effort to advance technology innovation in areas lacking such resources. And it provides funding to the Energy Department and the National Science Foundation for basic research into semiconductors and for building up work force development programs.

“We will bring these jobs back to our shores and end our dependence on foreign chips,” said Senator Chuck Schumer, Democrat of New York and the majority leader, who pumped his fists as he stepped toward the lectern.