Senate Democrats discussed carving out an exception to the 60-vote requirement as they explore ways to overcome Republican opposition. 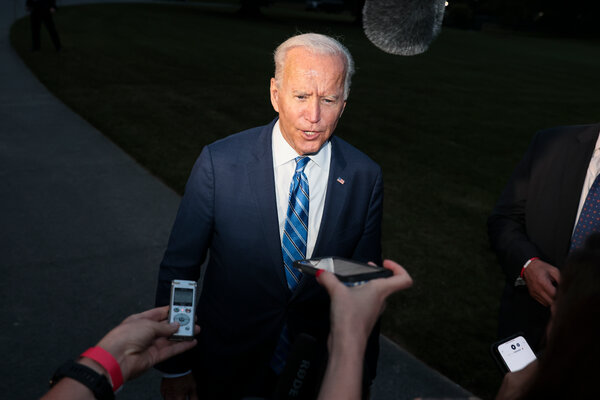 WASHINGTON — President Biden said on Tuesday that Democrats are considering a change to Senate filibuster rules to bypass a Republican blockade over raising the debt limit, which has set the United States on a collision course with a government default.

“Oh, I think that’s a real possibility,” Mr. Biden said when asked if Democrats were considering the last-resort route, which would involve making an exception to allow for a debt ceiling bill to pass with a simple majority instead of the usual 60 votes needed.

Senate Democrats discussed carving out the exception at their weekly lunch on Tuesday. No conclusions were reached, but notably, according to participants, the two strongest opponents of filibuster changes, Senators Joe Manchin III of West Virginia and Kyrsten Sinema of Arizona, did not speak up in protest. They also did not speak up in support.

The move, once nearly unimaginable in a chamber steeped in decorum, has come under discussion as the Biden administration and congressional Democrats have explored ways to head off a government default without Republican support. Treasury Secretary Janet L. Yellen has warned lawmakers of “catastrophic” consequences, including a recession and financial crisis, if Congress does not act before Oct. 18, when the government is projected to be unable to pay its bills.

On Wednesday, the Senate will vote on whether to take up legislation to raise the debt ceiling until December 2022. But with 10 Republican senators needed to join Democrats in support, the vote is expected to fail.