Anas Sarwar, 38, will tonight take on other Scottish party leaders in a televised debate ahead of May’s elections. Scots will head to the polls on May 9, voting to elect 129 members of the Scottish Parliament across 73 constituencies.

This is the second televised debate of the election, with the first taking place last month on BBC Scotland.

The leaders debated a potential second Scottish independence referendum, the Government’s response to the pandemic and climate concerns.

Mr Sarwar was elected as Scottish Labour leader in February, following the resignation of Richard Leonard.

Read More: Scotland election polls: How are the SNP faring in the polls? 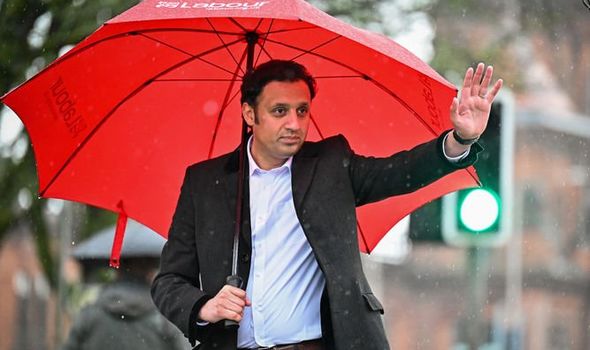 Speaking in his acceptance speech, Mr Sarwar pledged under his leadership Labour would “focus on what unites our country – not what divides it”.

He said he would be “brutally honest” with the people of Scotland.

Upon his victory, Mr Sarwar became the first minority ethnic leader of a major political party. 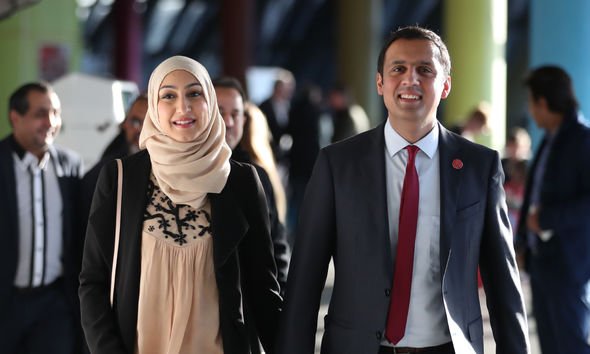 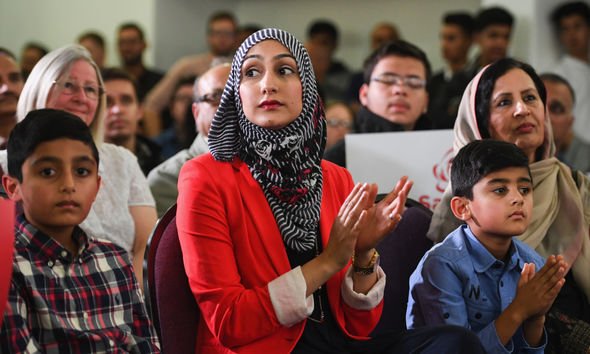 Is Anas Sarwar married? Does Scottish Labour leader have children?

Mr Sarwar was born in Glasgow to parents Perveen and Mohammad Sarwar and first worked as an NHS dentist before being elected MP in 2010.

Mr Sarwar was elected during the 2010 general election as MP for Glasgow Central succeeded his father, who was the first-ever Muslim MP in the UK.

He married his wife Furheen in 2006, an NHS dentist.

The pair have three young children, Adam, Ahmed, and Aliyan.

For his election campaign, Mr Sarwar has said the next term in Holyrood should be focused on recovery after the pandemic, pledging to put the health services first.

He has detailed plans for “life-saving” mental health workers in every GP practice in Scotland.

Today Mr Sarwar pledged Scottish Labour will offer a “better opposition” as he set his sights on beating the Conservatives and depriving the SNP of a majority at the Holyrood election. 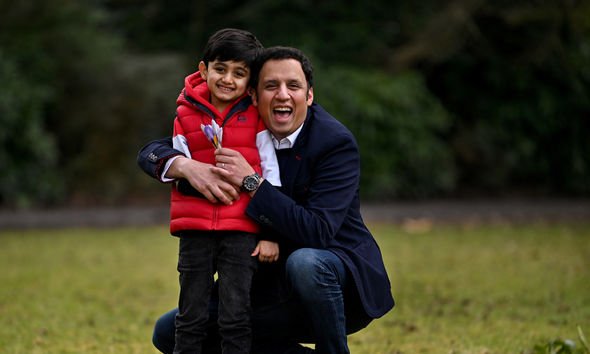 The Scottish Labour leader unveiled advertising vans which urge Scots to use both votes for his party on the constituency and regional list ballot papers in May’s election.

Mr Sarwar has described the Scottish Tories as “game-playing and incompetent” and warned they have resorted to “old arguments and old divisions”.

Instead, Mr Sarwar said Scottish Labour under his leadership “can stop an SNP majority and we can push them towards the priorities that matter coming through this recovery”.

Mr Sarwar, who is a candidate for the Glasgow Southside constituency and the Glasgow regional list, said five years of the Tories as the main opposition have been “chaos”.

Speaking outside Dynamic Earth in Edinburgh, he said: “I think Scotland can choose something different and in this election, you’re not just electing a government, you’re also electing an opposition.

“And that’s why we’re saying to use both your votes for Labour so we can stop an SNP majority and we can push them towards the priorities that matter coming through this recovery.

“But it also means having an opposition that’s not just gonna play games but is actually going to try and focus on making us come through this as a stronger and fairer nation.”