(Reuters) – Kentucky, New York and four other states face another possibly messy day of voting on Tuesday amid the coronavirus outbreak, as officials try to balance a crush of absentee mail ballots with a reduced number of in-person polling locations. 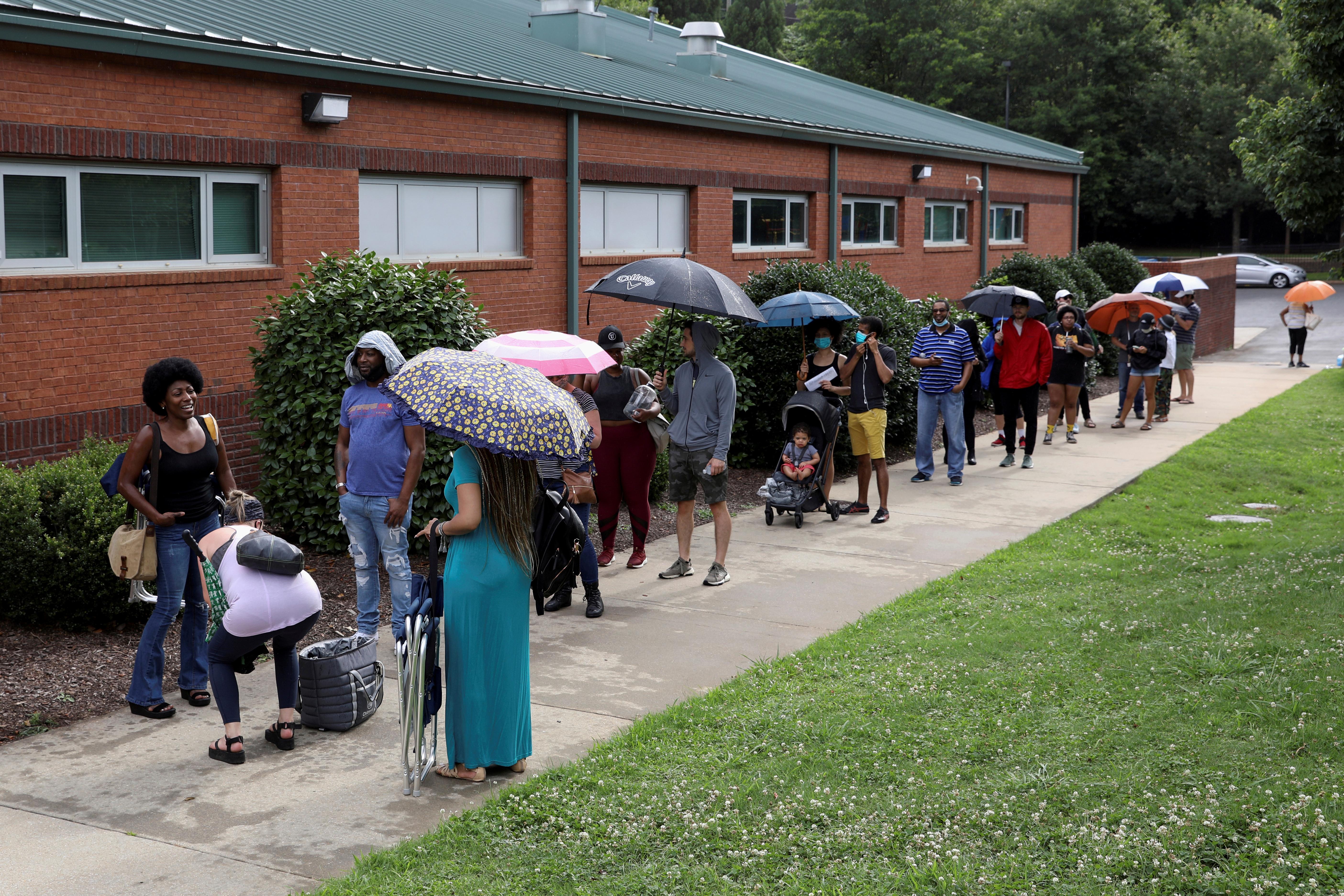 That combination has led to long lines, delays and confusion during primaries in other states, including Wisconsin and Georgia, offering a preview of possible problems if the Nov. 3 general election is conducted under the threat of COVID-19 infections.

Kentucky and New York, which are conducting statewide primaries, encouraged mail-in balloting as a safe alternative to in-person voting during the pandemic, resulting in record numbers of absentee ballot requests. Both also encouraged early voting, while cutting back on polling locations as a safety precaution.

But officials and activists are concerned about the potential for trouble in Kentucky, where polling locations statewide were cut to fewer than 200 from more than 3,000 normally, leaving one each for the biggest counties of Jefferson and Fayette.

“It’s just a recipe for disaster. I fear there will be a lot of people who want to vote but won’t,” said Jason Nemes, a Republican state legislator who joined an unsuccessful lawsuit trying to force the largest counties to open more polls.

A competitive Democratic U.S. Senate nominating battle between progressive Charles Booker and establishment choice Amy McGrath has driven up voter interest in Kentucky. They are vying to take on Senate Majority Leader Mitch McConnell in November.

Nearly 900,000 absentee ballots were issued, or about 27% of registered voters, the Kentucky secretary of state’s office said.

“We have warned people from day one – please don’t do this. It’s not safe,” Blevin, a Democrat, said of voting in person on election day.

New York has seen a similar explosion of interest in absentee ballots, issuing nearly 1.9 million, the board of elections said. In the 2016 primary, about 115,000 absentee ballots were cast.

The board did not provide the number of polling places closed across the state, but activists said consolidations had not been as widespread as in Kentucky and some other states.

There are also primary elections for some congressional, state and local offices in areas of South Carolina, Mississippi, North Carolina and Virginia.