We spoke with Coral Davenport, a climate reporter for The Times, about the steps the president has taken and the obstacles he faces. 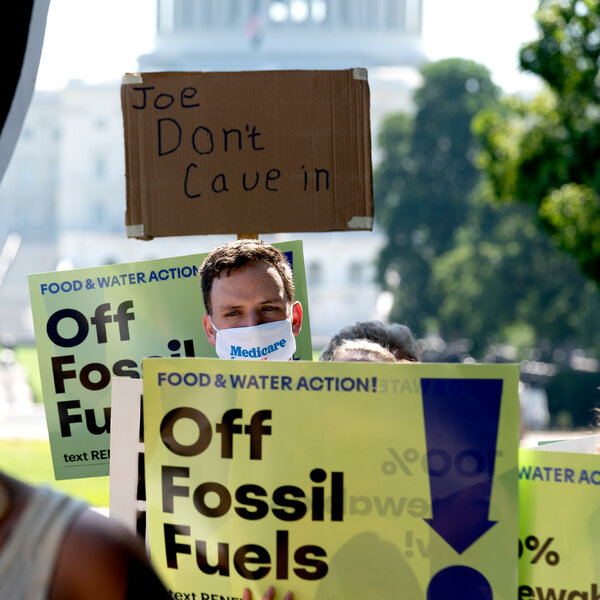 Climate change is everywhere you look: in the staggering heat wave that hit the Pacific Northwest last week, killing more than 150 people; in the Western wildfire season that started early this year and is likely to be severe; in the weather throughout June, which was the hottest on record in North America; and even at summer camps where children are having “flashlight campfires” instead of the real thing.

President Biden took office with a promise to treat the climate crisis with far more urgency than his predecessor. During the campaign, he released a $2 trillion plan calling for an emissions-free power sector by 2035 and for the United States to reach net-zero planet-warming emissions by 2050. But whether the U.S. meets those goals could depend on whether Democrats in Congress are able to unite around a big enough version of an infrastructure bill.

To get a better sense of where Mr. Biden’s climate agenda stands, I asked Coral Davenport, a climate reporter for The Times, to answer a few questions.

Hi, Coral. President Biden took office with a $2 trillion climate plan, but his first big legislative pushes have focused elsewhere. What steps has he taken on climate so far?

In his first two weeks in office, Biden signed a series of executive orders setting in motion a slew of federal policies on climate change. On his first day, he rejoined the United States to the Paris climate agreement, from which President Donald Trump had withdrawn, and canceled the permit for the Keystone XL pipeline, which would have carried heavily polluting oil from tar sands in Canada. He then directed federal agencies to begin the process of reinstating and strengthening Obama-era climate policies that Trump had rolled back.

The White House has also begun what it calls an “all-of-government” approach — essentially directing every agency, from the Treasury to the Pentagon, to rapidly push policies focused on tackling climate change wherever they can. For example, it has ordered government financial officials to report the risk that climate change poses to federal assets and tax revenue.

The administration has taken several steps to slow fossil fuel development and increase the development of renewable energy. Biden has suspended new leases to drill for oil and gas on public lands pending a review of the program, but has moved forward with steps that would open up the east and west coasts to the nation’s first large-scale offshore wind farms.