The agency’s new guidance will speed the development of vaccines that protect against more contagious variants of the coronavirus. 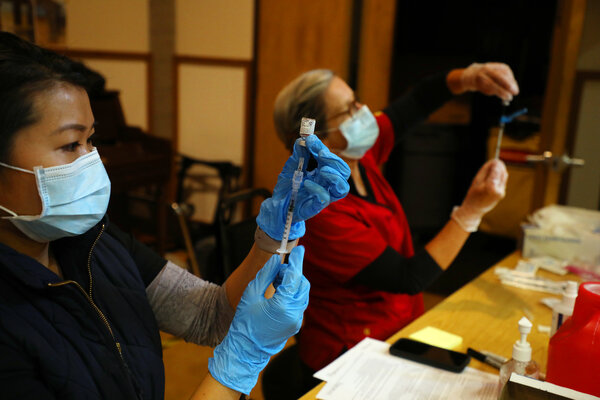 The Food and Drug Administration said on Monday that vaccine developers would not need to conduct lengthy randomized controlled trials for vaccines that have been adapted to protect against concerning coronavirus variants.

The recommendations, which call for small trials more like those required for annual flu vaccines, would greatly accelerate the review process at a time when scientists are increasingly anxious about how the variants might slow or reverse progress made against the virus.

The guidance was part of a slate of new documents the agency released on Monday, including others addressing how antibody treatments and diagnostic tests might need to be retooled to respond to the virus variants.

Together, they amounted to the federal government’s most detailed acknowledgment of the threat the variants pose to existing vaccines, treatments and tests for the coronavirus, and came weeks after the F.D.A.’s acting commissioner, Dr. Janet Woodcock, said the agency was developing a plan.

“The emergence of the virus variants raises new concerns about the performance of these products,” Dr. Woodcock said in a statement Monday. “We want the American public to know that we are using every tool in our toolbox to fight this pandemic, including pivoting as the virus adapts.”

Most of the vaccine manufacturers with authorized vaccines or candidates in late-stage trials have already announced plans to adjust their products to address the vaccine variants. The Moderna and Pfizer-BioNTech vaccines use mRNA technology that the companies have said can be used to alter the existing vaccines within six weeks, although testing and manufacturing would take longer.