New research found that half of young patients with the inflammatory condition, MIS-C, in a London hospital experienced confusion, hallucinations and other issues, in addition to physical symptoms. 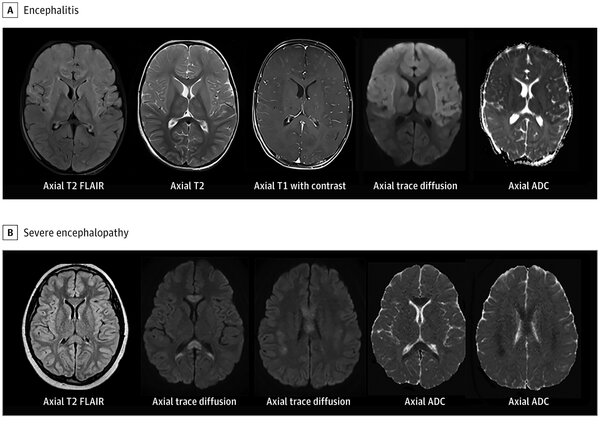 Now, a new report shows that a significant number of young people with the syndrome also develop neurological symptoms, including hallucinations, confusion, speech impairments and problems with balance and coordination. The study of 46 children treated at one hospital in London found that just over half — 24 — experienced such neurological symptoms, which they had never had before.

Those patients were about twice as likely as those without neurological symptoms to need ventilators because they were “very unwell with systemic shock as part of their hyperinflammatory state,” said an author of the study, Dr. Omar Abdel-Mannan, a clinical research fellow at University College London’s Institute of Neurology. Patients with neurological symptoms were also about twice as likely to require medication to improve the heart’s ability to squeeze, he said.