Experts were comforted that companies are following safety precautions. They pointed out that pauses in vaccine trials are common, but pauses in treatment trials like Eli Lilly’s are rare. 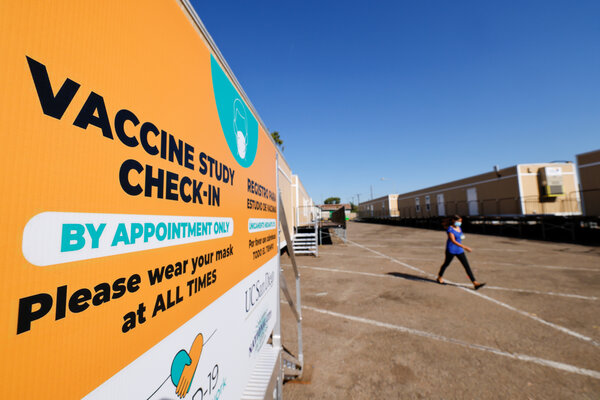 Clinical trials experts said these delays were comforting, in a way: They show that the researchers were following proper safety procedures. But for now, details about the nature of the volunteers’ illnesses are scant. And although pauses of vaccine trials are not unusual, some experts said that pausing treatment trials — like that of Eli Lilly’s antibody drug — is rarer, and perhaps more worrisome.

That trial was testing the treatment on hospitalized patients — a group that was already sick, and in which declines in health would not be surprising. So for a trial like that one to be paused, the safety concerns must have been significant, they said.

“I’ve done 50-plus monitoring committees, and it’s quite a rare thing to do,” said Tim Friede, a biostatistician at University Medical Center Göttingen in Germany, referring to his role as a safety monitor for drug trials.

For now, the companies behind the trials aren’t saying much. In a statement in September, AstraZeneca said it paused its trial to investigate “a single event of an unexplained illness.” But two vaccinated volunteers reportedly developed the same condition, an inflammation of the spinal cord called transverse myelitis.

When people volunteer for a late-stage trial, known as Phase 3, they randomly get a treatment or a placebo, and neither they nor their doctor knows which one they received. In the weeks that follow, they’re carefully monitored. People in a vaccine trial may get a checkup each month and record any symptoms they experience in a journal. People who get a drug while they’re hospitalized may be given blood tests and medical exams.