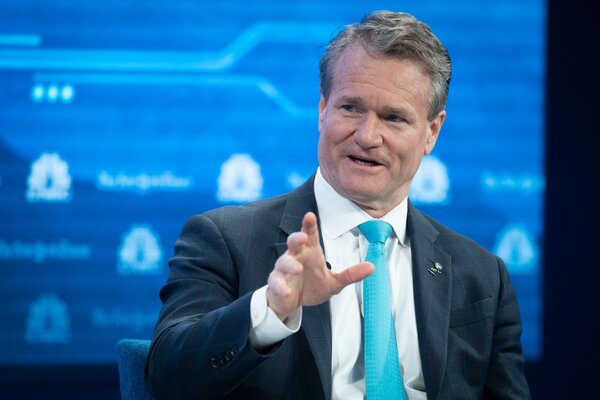 The global pandemic ravaging American businesses and low-wage employees has barely lapped at the revenues and profits of the country’s biggest banks. Now, banks are saying that the worst of the pandemic’s potential to do them harm has passed.

Bank of America revealed on Tuesday that it had adjusted its calculations for how much cash it needed to set aside for a disaster, joining other large American banks in releasing some rainy-day funds based on an improved economic forecast. Goldman Sachs also said on Tuesday that it had adjusted its reserves, lowering them for some of its businesses while raising them slightly for its new consumer credit card division.

The banks can now use their freed-up cash to do things they avoided last year, like making new loans. They are also preparing to start distributing money to shareholders again after the Federal Reserve lifted temporary restrictions on share buybacks and dividend payments late last year.

“We continued to see signs of a recovery, led by increased consumer spending, stabilizing loan demand by our commercial customers and strong markets and investing activity,” Bank of America’s chief executive, Brian Moynihan, said in a statement accompanying the bank’s earnings report.

The bank released $828 million, less than its counterparts Citigroup and JPMorgan Chase each shed. But the move reflected similar changes to expectations of how the economy would perform this year, now that a vaccine for the coronavirus has begun to be distributed and Congress has passed another economic stimulus package.

In the fourth quarter of 2020, Bank of America earned $5.5 billion after taking in revenue of just over $20 billion. The numbers were not record-setting — in the same period in 2019, earnings were $7 billion and revenue was $22.3 billion — but they signaled that the bank was handily weathering the economic conditions caused by the pandemic. Revenue and income in its giant consumer business was down compared with the previous year, but business in its Wall Street division was better.

In the last three months of 2020, the bank took in $3.9 billion in revenue from trading in the financial markets and other related activities, a 14 percent increase from the same period a year earlier. The division earned $834 million for the quarter, compared with $638 million during the same period in 2019.

Goldman Sachs earned just over $4.5 billion in the final quarter of 2020 on revenue of $11.7 billion, which was 18 percent higher than the same quarter of 2019 thanks to a jump in its Wall Street trading and investment banking businesses. It pared down the amount of money it was setting aside to deal with losses in wholesale loans, but added more for its consumer credit card business, which it started in the spring of 2019.