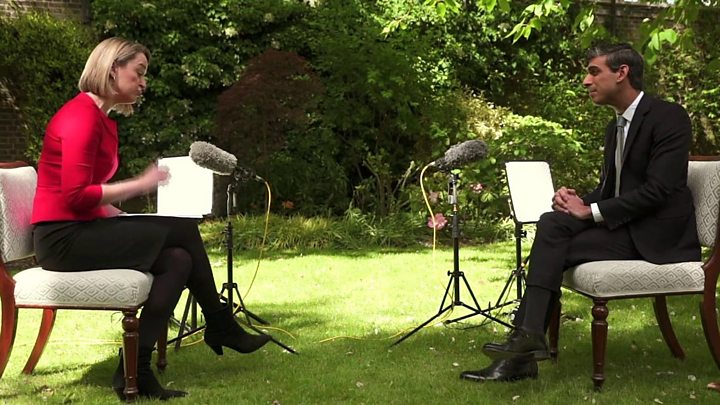 The UK scheme to pay wages of workers on leave because of coronavirus will be extended to October, Chancellor Rishi Sunak has said.

Mr Sunak confirmed that employees will continue to receive 80% of their monthly wages up to £2,500.

But he said the government will ask companies to “start sharing” the cost of the scheme from August.

A quarter of the workforce, some 7.5 million people, are now covered by the scheme, which has cost £14bn a month.

The chancellor said that from August, the scheme would continue for all sectors and regions of the country but with greater flexibility to support the transition back to work.

Employers currently using the scheme will then be able to bring furloughed employees back part-time.

Mr Sunak will attempt slowly to reduce the cost to the taxpayer of the subsidy scheme, but full details are still to be worked out.

However, sources have told the BBC the Treasury stills expects to be paying more than half the costs between August and October.

Later on Tuesday, in an interview with the BBC, Mr Sunak said the number of job losses “breaks my heart”, adding: “That’s why I’m working night and day to limit the amount of job losses.”

Mr Sunak told the Commons said: “I’m extending the scheme because I won’t give up on the people who rely on it.

“Our message today is simple: we stood behind Britain’s workers and businesses as we came into this crisis, and we will stand behind them as we come through the other side.”

There has been growing concern about the cost of the scheme, and last week Mr Sunak said it could not continue in its current form.

However, he was under pressure to announce changes soon to avoid a so-called “cliff edge” in which employers begin mass redundancies.

Any company seeking to cut more than 100 jobs must run a 45-day consultation, meaning 18 May was the last date employers could start this process before the furlough scheme ended in June.

The chancellor rejected suggestions some people might get “addicted” to furlough if it was extended.

“Nobody who is on the furlough scheme wants to be on this scheme,” the chancellor said. “People up and down this country believe in the dignity of their work, going to work, providing for their families, it’s not their fault their business has been asked to close or asked to stay at home.”

Shadow chancellor Anneliese Dodds said broadly welcomed the changes, saying “at least we are moving in the right direction”.

But she said the “big elephant in the room” is over what the government’s employer contribution will involve, adding that the “critical point is that any changes to the scheme must not result in any spike in unemployment”.

‘No income and huge costs’ 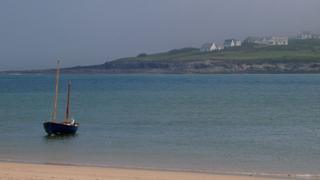 Despite the extension of the furlough scheme, Patrick Langmaid said it’s still unlikely to stop him making people redundant from his Mother Ivey’s Bay holiday park, at Padstow.

He has furloughed seven staff and has nine still working. The handful of staff he would usually employ seasonally he has let go.

“There is no income – and huge costs,” he says.

“I’ve already started briefing my team that there will have to be redundancies,” he says. He reckons four or five jobs may have to go, depending how long the lockdown lasts.

Dealing with redundancy is “horrible”, he says, adding: “It is really not a nice time to be running a business.”

Businesses largely welcomed the extension, with business group the British Chambers of Commerce saying the move would bring “significant relief” to employers and workers,

And Stephen Phipson, chief executive of manufacturing group Make UK, said it would avoid “a looming cliff edge triggering significant redundancies for many companies and recognises the need for greater flexibility as the economy fires up.”

However, he warned that there was no “silver bullet” and that both government and industry would have to be flexible.

There was also support from the TUC, with general secretary Frances O’Grady saying the extension “will be a big relief for millions”.

But she added: “As the economic consequences of Covid-19 become clear, unions will keep pushing for a job guarantee scheme to make sure everyone has a decent job.”

Paul Johnson, director of the Institute of Fiscal Studies economic think tank, estimates the scheme will have cost nearly £100bn by October. It is thought that about 935,000 businesses signed up for the scheme in total.

Reports of the demise of the furlough scheme have been somewhat exaggerated. It was never going to be scrapped, especially after the Bank of England stressed the scheme’s importance for economic recovery.

Over a quarter of all jobs – 27%, 7.5 million in total – are now paid for by the taxpayer, potentially for eight months. After that, the level of subsidy from taxpayer will be lowered, with employers expected to pay a contribution.

By August, the scheme could start to look quite similar to longer standing wage subsidy schemes seen in continental Europe. The cost of the scheme to date is already over £10bn. This extension will be tens of billions more, but difficult to put a precise number on this given the lack of detail on the “employer contribution”.

Expensive yes. But what is also costly is letting unemployment sky rocket, as, without the extension, many businesses would have begun 45-day redundancy consultations this week.

The question now is how many businesses still see this as a bridge to some sort of normality where furloughed staff can be phased back into their old jobs. Unfortunately some in industries which will not return to normal have already started to fire staff. This announcement buys most workers more time.

Are you currently on furlough? Share your experiences by emailing [email protected].

Please include a contact number if you are willing to speak to a BBC journalist.

Or use the form below:

If you are happy to be contacted by a BBC journalist please leave a telephone number that we can
contact you on. In some cases a selection of your comments will be published, displaying your name as
you provide it and location, unless you state otherwise. Your contact details will never be published.
When sending us pictures, video or eyewitness accounts at no time should you endanger yourself or others,
take any unnecessary risks or infringe any laws. Please ensure you have read the terms and conditions.