(Reuters) – Americans made tentative moves back to restaurants and gyms over the past week, hiring advanced across a sample of industries and a rise in job postings suggested it may continue, signs the U.S. recovery grinds along, albeit not without some setbacks. 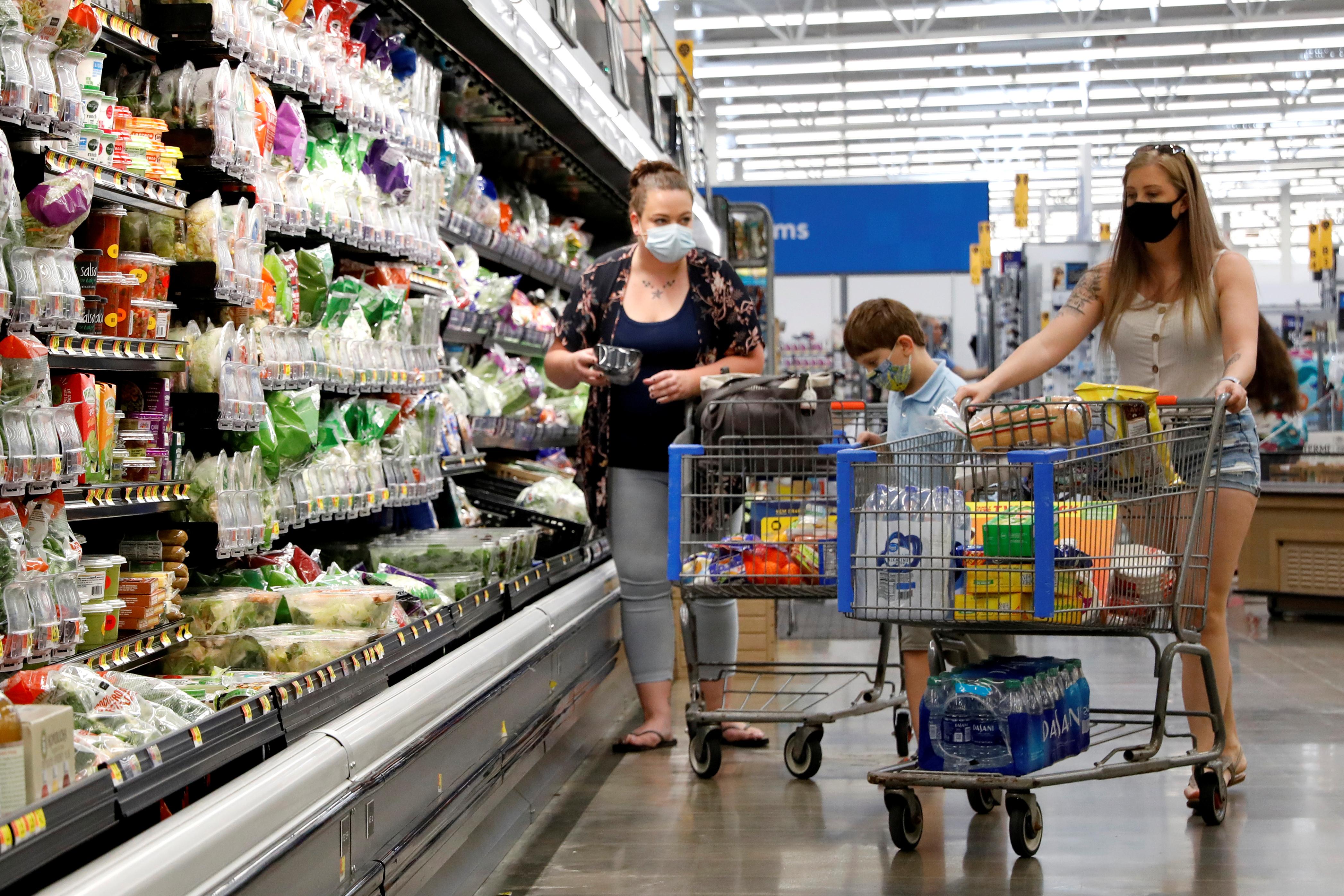 High-frequency data estimating retail stores visits and employment across industries as well as broader indexes of the recovery, after largely plateauing during a summertime surge in coronavirus cases, mostly moved higher through early and mid-August.

Defying worries, at least so far, that the expiration of extra unemployment insurance benefits in July would lead to an immediate collapse of spending, August opened “on the right foot,” Oxford Economics chief U.S. economist Gregory Daco wrote after the company’s recovery index jumped 1.3 percentage points for the week ended Aug. 7.

The June and July rise in daily diagnosed coronavirus cases moderated, improving the index’s health component. After topping 66,000 last month, the 7-day moving average of new cases has fallen back below 50,000 according to data from the COVID Tracking Project. Measures of mobility, demand, production and employment all rose as well, and the improved health data “if sustained, will bolster the other dimensions in coming weeks,” Daco wrote.

That remains an “if” as the fall reopening of schools and colleges poses new challenges – of containing the virus where classes and activities are conducted in person, or of finding ways for parents to leave the home if needed for work in cases where they are not. Colleges including the University of Notre Dame and the University of North Carolina Chapel Hill have already reversed plans to reopen and moved to online instruction after virus breakouts among returning students.

Nor is all the data positive. Initial claims for unemployment insurance rose unexpectedly to 1.1 million for the week ending Aug. 15. They had fallen below 1 million the week before for the first time since March, raising hopes of a faster decline in joblessness.

Ongoing claims by contrast continued a steady decline to 14.8 million as furloughed workers moved back into jobs, and other employment data showed company hiring plans at least staying steady.

Weekly new job openings aggregated by Chmura Economics from companies and national job sites rose through early August, an indicator of company intentions to bring on new workers. An index compiled by job website Indeed comparing current openings to 2019 has continued rising though at a slower pace in August.

Data from time management firm Kronos showed shifts across industries rose 1.4% over the week ending Aug. 16, with about half the hiring attributed to the return of workers to schools and colleges.

Retail spending also appeared to hold up. Data published by reservation site Opentable on seated diners at restaurants was at or better than 50% of the year-ago level Friday through Sunday, the first such three-day stretch since mid-March and a stark contrast to the full collapse of restaurant dining in April.

Data on retail foot traffic from cellphone tracking firm Unacast showed visits to restaurants last weekend hit 2019 levels in about half of states for the first time since late July, with a similar return to beauty salons and barbershops. Traffic to gyms hit year-ago levels in 17 states, the most since mid-July.

Measures of retail traffic compiled by Safegraph, by contrast, fell about a percentage point, and the number of employees fell slightly at a sample of small businesses, according to data provided by employee time management firm Homebase.

Yet people are spending. Credit and debit card purchases by 30 million Chase cardholders reached a pandemic-era peak in the week ending Aug. 14, falling just 9% short of its year-ago level.

JP Morgan economist Jesse Edgerton cautioned that while the data showed little impact from the lapse in unemployment benefits in July, those effects could be masked by the fact that the benefits are often paid through separate state-issued debit cards not included in his analysis, or because those on unemployment may be underrepresented among Chase cardholders.

Nevertheless, he wrote, combined with other data on restaurant dining, overall mobility and other indicators of spending, “we have thus far seen little sign of decline…since the extra benefits expired,” with a JP Morgan jobs tracker predicting gains of 1.2 million in August.