SYDNEY/SINGAPORE (Reuters) – The collapse in global passenger flights has left airlines with fresh challenges: how to manage overhedged jet fuel positions as oil prices crashed to just a third of some contracts agreed in anticipation of rising prices and solid air travel demand. 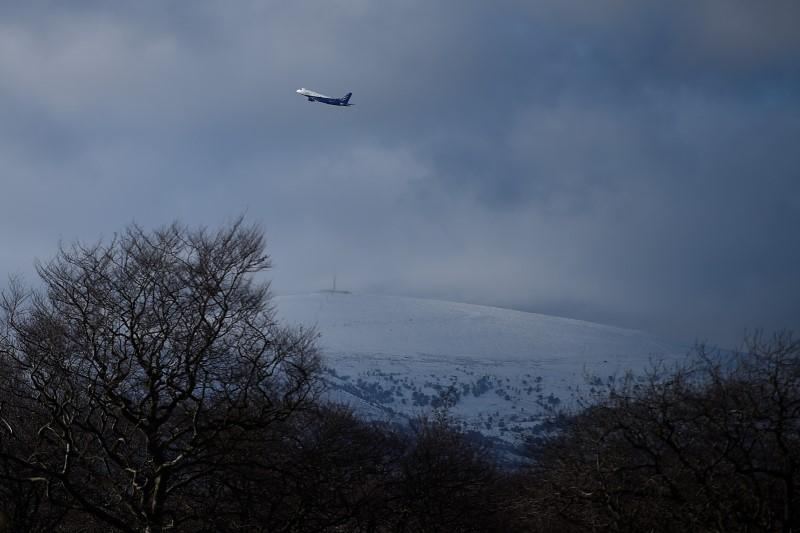 A shattered global airline industry is now seeking tens of billions dollars from state bail-outs to absorb the shock from the coronavirus pandemic, as many have grounded almost entire fleets and placed thousands of workers on unpaid leave to stay afloat.

With a sharp plunge in oil prices and the rapid spread of the flu-like virus globally raising uncertainty when and how strongly air travel demand will recover, airlines are now left counting the cost of their heavy fuel hedging.

“Given the substantial reduction in our capacity, we do have an overhedged position and that will come at a cost… that we’ll realize in the next couple of months,” Australia’s Qantas Airways Ltd (QAN.AX) Chief Financial Officer Vanessa Hudson told analysts this week.

“That’s going to be a key part of how we manage our cash inflows and cash outflows. So in terms of a specific number, that’s just going to be a part of our fuel consumption and cost that we have in this quarter but also into next quarter.”

Global oil prices LCOc1 are down nearly 60% from the start of the year after talks between the Organization of the Petroleum Exporting Countries and its allies including Russia, broke down, which led Saudi Arabia to ramp up supply and start a price war.

Brent crude futures slumped below $30 a barrel earlier this week to its lowest since 2003.

Many airlines usually manage their fuel costs by locking in future prices through derivative trades known as hedges to protect against sharp price hikes. Airlines last suffered billions of dollars of losses on their fuel hedges during the 2015-2016 oil price crash.

Asian refining margins for jet fuel JETSGCKMc1, which normally trade at a hefty premium to crude oil, plunged this week to the lowest ever based on Refinitiv data going back to early 2009 due to weak demand from airlines and other transport industries.

Several airlines have already hedged the bulk of their normal annual fuel consumption at levels nearly two to three times that of current Brent and jet fuel prices JET-SIN.

“If we do not fly, what does it mean for our hedging? Well, there will be a certain, as you say, loss go through the P&L every month, which will be then be classified into financial costs since there will be no flying,” Lufthansa (LHAG.DE) chief financial officer Ulrik Svensson told analysts this week.

Air France-KLM (AIRF.PA) said it had hedged 65% of the 2020 fuel requirement it expected before the virus outbreak – now reducing operations to a near-standstill. For the first half of the year, it locked in prices at $638 per tonne of jet fuel, or $81 a barrel.

“With a strong reduction in capacity for (March) to May compared to plan, and consequential lower fuel consumption, the hedging percentage will substantially increase,” an Air France-KLM spokeswoman said.

The group is bound by volume commitments that will lead to a “negative hedging impact for Air France-KLM for these months”, she added.

Ryanair (RYA.I) has 90% of its jet fuel consumption hedged in the current quarter at $667 a tonne, falling to $649 a tonne in the June quarter, and AirAsia X (AIRX.KL) has 80% of its oil hedged for the first quarter and 71% for the second quarter at an average price of $60 per barrel.

Some airlines are already plotting their future hedging strategy, with the recent plunge not deterring them from taking out protection against future price rises.

“We are thinking around how to structure our hedge profile to ensure that we’ve got both our participation (in a price fall) but protection as well from a higher fuel price,” Qantas’ Hudson said.

“Because what we’ve seen in the past is that when demand returns and recovers, that fuel price most likely will increase. So we are staying flexible and thinking about both sides of the recovery process.”