WASHINGTON (Reuters) – U.S. consumer confidence fell more than expected in July amid a flare-up in COVID-19 infections across the country, which is threatening the economy’s recovery from an unprecedented recession caused by the pandemic. 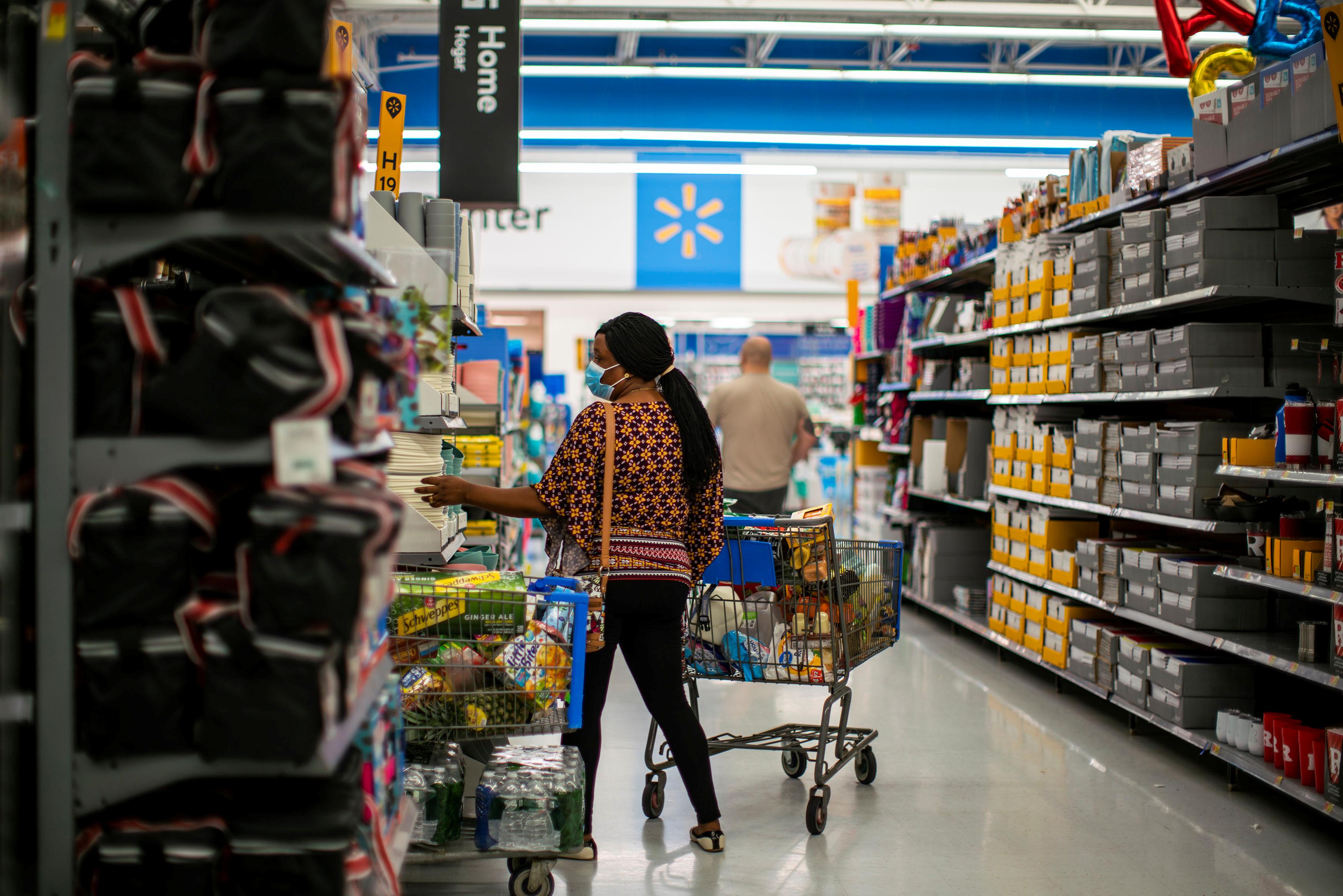 The survey from the Conference Board on Tuesday showed consumers gloomy about the economy’s prospects over the next six months. The ebb in confidence comes as millions of unemployed Americans are set to loose a $600 weekly jobless benefit supplement on Saturday.

“Rising virus cases that are resulting in a pause or rollbacks of reopenings are no doubt weighing on sentiment,” said Rubeela Farooqi, chief U.S. economist at High Frequency Economics in White Plains, New York. “Consumers are also concerned about job and income prospects. Without virus containment that will allow a fuller reopening of the economy, confidence measures will remain under pressure going forward.”

The consumer confidence index dropped to a reading of 92.6 this month from 98.3 in June. Economists polled by Reuters had forecast the index slipping to 94.5 in July.

The reopening of businesses has boosted economic activity in recent months, but left the country struggling to contain the resurgence in new cases of the coronavirus, forcing some authorities in the hard-hit South and West regions to either close businesses again or halt reopenings.

As a result, the number of people claiming unemployment benefits increased in mid-July for the first time since late March, when the closures of nonessential businesses almost ground the economy to a halt. The economy slipped into recession in February.

Senate Republicans announced on Monday a $1 trillion coronavirus aid package hammered out with the White House. The proposal, however, sparked immediate opposition from both Democrats and Republicans. Democrats decried it as too limited compared with their $3 trillion proposal that passed the House of Representatives in May. Some Republicans called it too expensive.

Economists have credited the additional $600 in weekly unemployment benefits for the rebound in economic activity. The supplement is part of a historic fiscal package of nearly $3 trillion. With a staggering 31.8 million people collecting unemployment checks in the first week of July, economists have warned against letting this supplement expire.

Stocks on Wall Street were lower. The dollar was steady against a basket of currencies. U.S. Treasury prices rose.

The Conference Board survey’s present situation measure, based on consumers’ assessment of current business and labor market conditions, rose to a reading of 94.2 this month from 86.7 in June. But the expectations index based on consumers’ short-term outlook for income, business and labor market conditions dropped to 91.5 from a reading of 106.1 in June.

That was the biggest drop since March, which was the fifth largest decline on record.

“While the present situations index increased on the month, if the economy does not regain forward momentum, we are likely to see some retrenchment in the present assessment soon,” said Kathy Bostjancic, chief U.S. financial economist at Oxford Economics in New York.

The survey’s so-called labor market differential, derived from data on respondents’ views on whether jobs are plentiful or hard to get, improved to a reading of 1.3 this month from -2.8 in June. That measure closely correlates to the unemployment rate in the Labor Department’s employment report. It has dropped from as high as 38.3 in August last year.

The share of consumers expecting an increase in income was little changed at 15.1% this month and the proportion anticipating a drop increased to 15.0% from 14.1%.

Despite the hand wringing about the economy, the housing market appears to be weathering the COVID-19 storm, thanks to historically low mortgage rates.

In a separate report on Tuesday, the Commerce Department said the homeownership rate jumped a record 2.6 percentage points in the second quarter to 67.9%, the highest since the third quarter of 2008.

The burden of unemployment from the pandemic has fallen disproportionately on low-wage workers, who economists say tend to be renters. The housing market strength could persist, with the Conference Board survey showing the share of consumers planning to buy a home in the next six months surging in July.

A third report showed the S&P CoreLogic Case-Shiller 20-metro-area house price index increased 3.7% from a year ago in May after gaining 3.9% in April.

“In a remarkable show of resilience, the housing market has stared the pandemic right in the eye and hasn’t blinked,” said Matthew Speakman, an economist at Zillow. “It’s likely that the housing market will feel the effects of this downturn at some point, but a shortage of inventory and low rates should continue to place upward pressure on prices.”