SINGAPORE/NEW YORK (Reuters) – Asia’s stock markets bounced on Friday following Wall Street’s lead, but were set for their softest week in about a month as investors grapple with tepid economic data and lofty valuations after a huge rally that has wiped out coronavirus losses. 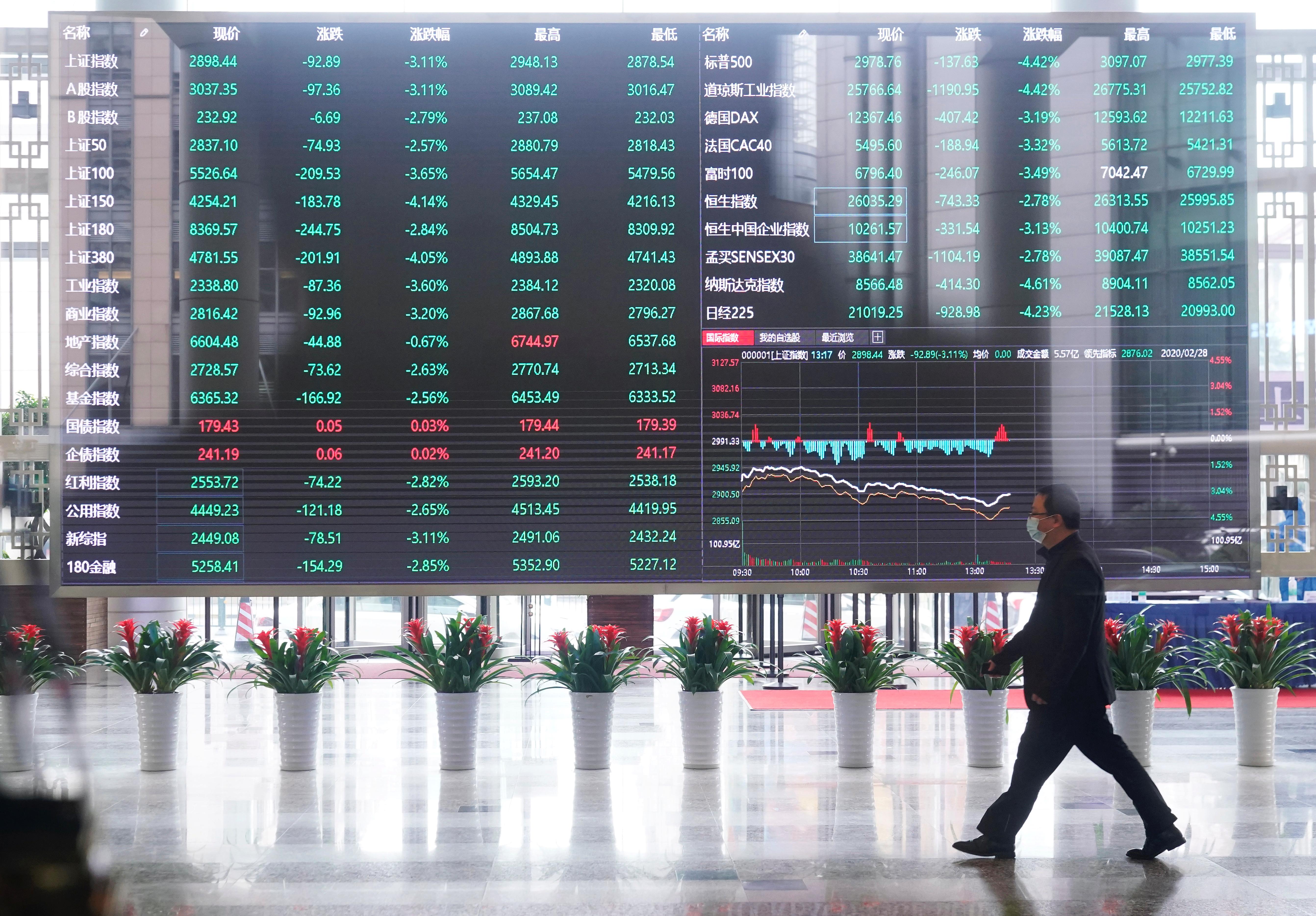 MSCI’s broadest index of Asia-Pacific shares outside Japan rose 0.6% on Friday, though it is it poised to snap a four-week winning streak with a small weekly loss.

Japan’s Nikkei edged up 0.3% but was headed for a 1.5% weekly drop, while a bond market selloff has also moderated in recent days as caution and summer-time lassitude weighs on the mood after the S&P 500 touched another record intraday peak.

Another surge in tech stocks took the Nasdaq to a new all-time closing high. [.N]

“It’s always going to be a little harder, once that’s happened, to figure out where things are going,” said ING’s head of Asia research, Rob Carnell of the U.S. stock market.

In the absence of a disaster, he said, upward drift is probably the most likely direction, though perhaps with less conviction than the exuberance that has driven world stocks up 50% from March troughs.

“The news is just too mixed at the moment rather than outright catastrophically, apocalyptically bad. And so (investors are) going to keep on cautiously adding and things will carry on going up – and it can go on a long time like that.”

Overnight, clouds returned to the U.S. labour market outlook, with weekly jobless claims back over a million to put the total number of Americans on unemployment benefits at 28 million.

The Philadelphia Federal Reserve’s business index also missed expectations and together the weak readings pushed down nominal U.S. yields and dragged on the dollar. Benchmark U.S. 10-year debt yields were last steady at 0.6558%.

Investors are looking ahead to purchasing managers’ index surveys across Europe, Britain and the United States – where steady, slightly positive, readings are expected – for the next broad gauge of the recovery’s progress.

A bounce in the wake of the release of Federal Reserve minutes that fell short of dovish market expectations wore off fairly quickly and it looks headed for a ninth consecutive weekly loss against a basket of currencies. [FRX/]

Sterling reversed losses against the dollar overnight to sit at $1.3122 and the risk-sensitive Australian dollar again sojourned above $0.72. The euro was steady at $1.1864.

Currency traders are increasingly focused on an address next Thursday by Fed Chair Jerome Powell in case he reveals any details of an expected shift in policy emphasis – especially around inflation – that were absent in the minutes.

The Japanese yen inched up to 105.67 after an inflation miss supported real yields. The Thai baht is tracking for its worst week in a month as investors begin to fret about political unrest.

Elsewhere, and perhaps indicating the low bar for impressing traders, markets interpreted the lack of a U.S. rebuff to a Chinese push for trade talks soon as a positive sign and the yuan hit a seven-month high of 6.8935. [CNY/]

In commodity markets, the prospect of production cuts had oil prices on track for a third straight weekly gain. Brent crude futures were last up 0.4% at $45.06 a barrel and U.S. crude future rose 0.2% to $42.90 a barrel.