The benchmark S&P 500 and the Nasdaq have lost over a quarter of their value since reaching record closing highs just 16 sessions ago, as nations around the world grapple with how to contain the fast-moving coronavirus and its economic effects.

A bear market is confirmed when an index sinks 20% or more below its most recent closing high.

“The continued negative action in the market is telling us whatever’s been done so far hasn’t been enough,” said Joseph Sroka, chief investment officer at NovaPoint in Atlanta. “People can’t point to a tangible outcome that’s going to restore normal daily life, so uncertainty remains.

“Prominent organizations, educational institutions and even sports leagues are foregoing events out of caution,” Sroka added. “Leading institutions around the world are setting the tone. We’re cautious because they’re telling us to be cautious.”

Trump’s sweeping travel restrictions, limiting flights from continental Europe to the United States, sent European shares to a near four-year low and slammed airline stocks, already battered by the spread of COVID-19.

Boeing Co (BA.N) fell another 18.1% as J.P.Morgan abandoned its long-term backing for the company’s shares, setting the planemaker on course for its worst week ever.

The U.S. Federal Reserve is expected to cut interest rates for the second time this month at the conclusion of its two-day monetary policy scheduled for next week.

U.S. Treasury yields tumbled as anticipation grew for aggressive easing on the part of the Fed. 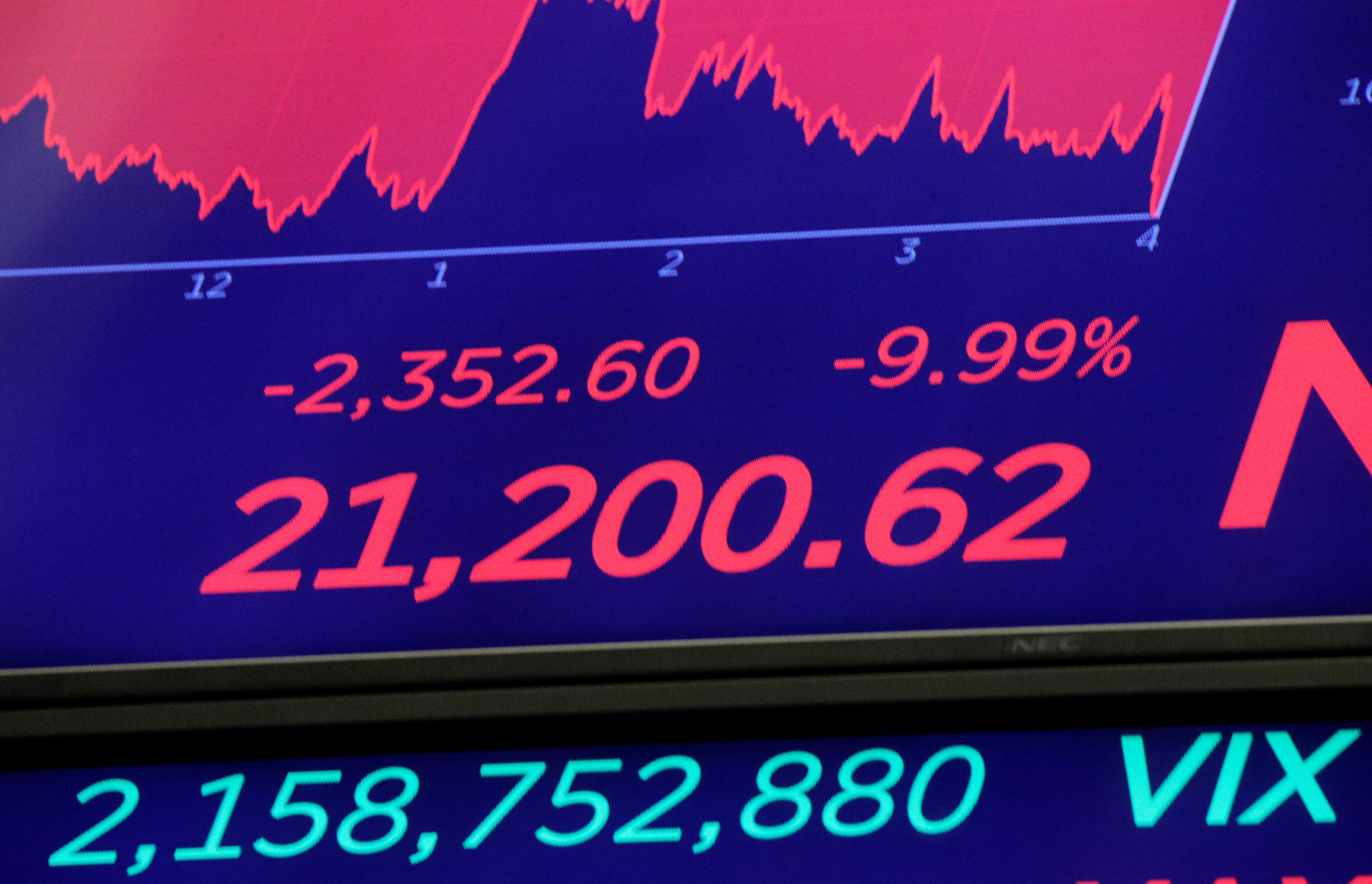 The New York Federal Reserve announced on Thursday that it would introduce $1.5 trillion in new repo operations this week.

“Any government action that has dollars tied to it that’s actionable for the banking system would be viewed as a positive,” Sroka said. “But what the market is looking for is tangible evidence that the government is trying to stave off a recession.”

The CBOE Volatility index , a gauge of investor anxiety, shot up to levels not seen since November 2008, the height of the financial crisis. 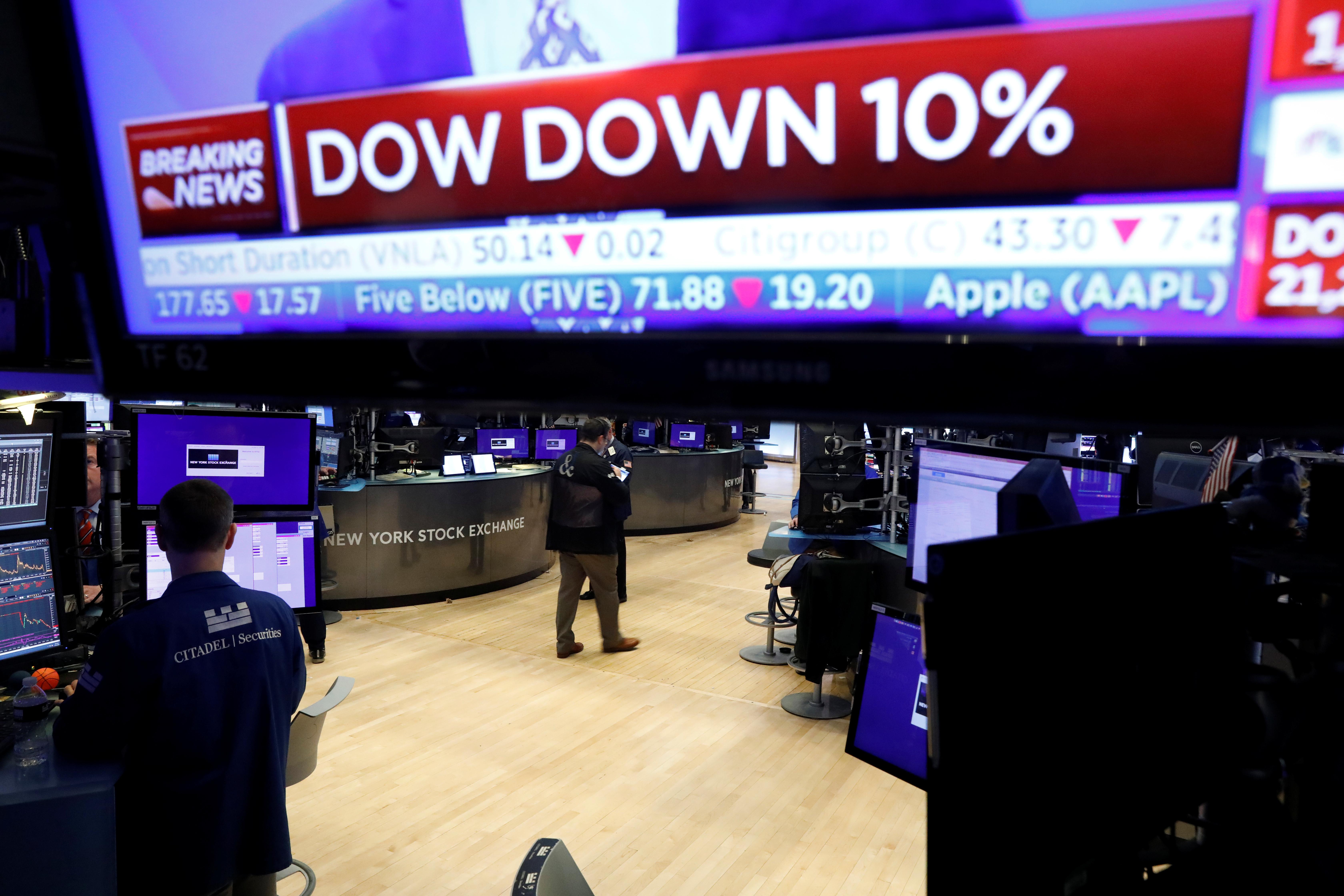 All 11 major sectors of the S&P 500 closed sharply lower.

Declining issues outnumbered advancing ones on the NYSE by a 23.77-to-1 ratio; on Nasdaq, a 17.69-to-1 ratio favored decliners.

Volume on U.S. exchanges was 18.54 billion shares, compared with the 12.49 billion average over the last 20 trading days.