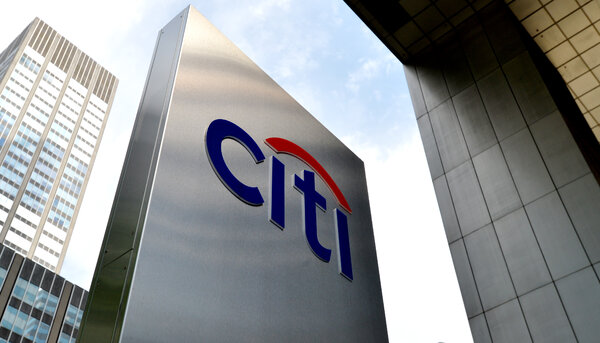 Citigroup made a huge mistake last summer, when instead of transferring an $8 million interest payment from Revlon to its creditors, it transferred nearly $900 million of the bank’s own funds — the full amount of principal on the loan that wasn’t due for another few years. Some creditors promptly returned $400 million of the mistakenly wired money, but 10 others refused to return $500 million. The dispute ended up in court.

Yesterday, unexpectedly, a New York federal judge said the firms could keep the cash, despite acknowledging that the money had been transferred in error.

Wait, what? The lenders argued that the transfers matched what they were owed, so they could have “reasonably thought the payments were intentional,” assuming that it would be “downright irrational” for Citi to make such a big mistake, the judge, Jesse Furman, concluded. He might have ruled differently if he could “write on a blank slate,” but there were legal precedents supporting the defendants.

“New York law wants to discourage banks from making these kinds of mistakes,” said Adam Abensohn of Quinn Emanuel, who represented the asset managers. “It’s one thing to mistakenly send money to someone with no entitlement to that payment,” he told DealBook. “But there is nothing unfair about keeping that money when it’s owed.”

“At its heart, this case involves a clash between two basic intuitive principles,” the judge said:

“If one party sends money to another by mistake, the latter should generally be required to give it back.”

“On the other hand, if one party owes money to another and pays that money back to the penny, the latter should generally be allowed to keep and use the money as it wishes, without fear that the former will develop a case of borrower’s remorse and claim that the payment was by mistake.”

Where do you stand? The decision — which Citi will probably appeal — raises thorny questions about rules versus principles:

Since it was a mistake by the bank, why not return the money?

What responsibility do creditors have to the bank if it pays them back early?

This has generated a fascinating debate here at DealBook, and we’d like to hear what you think: Email us at [email protected] Include your name and location, and we may feature your response in a future newsletter.

Here is the judge’s ruling, which is worth reading for all the gory details. The cringe-worthy breakdown of Citi’s “six-eye” system for approving large transfers begins on page 9, and the disbelieving Bloomberg chats and emails among creditors — “Maybe the dog hit the keyboard” — starts on page 71.

A huge winter storm disrupts business across America. Automakers suspended or shut factories, while Walmart and other retailers closed hundreds of stores. Of particular concern was Texas’s overloaded power grid, whose troubles left millions without power or heat.

Alden Global Capital reaches a deal to buy Tribune Publishing. The hedge fund clinched an agreement to take full control of the newspaper chain, which includes the Chicago Tribune and the Orlando Sentinel, at a $630 million valuation.

Bitcoin reaches $50,000 for the first time. It crossed the “emotional level for people in the space” yesterday, putting the cryptocurrency up nearly 70 percent for the year.

Arne Sorenson, Marriott’s C.E.O., dies at 62. Mr. Sorenson was the first person from outside the Marriott family to lead the hotel chain and made it the biggest in the industry, in part through deals like the $13 billion takeover of Starwood. He had been undergoing treatment for cancer.

Today, the private equity firm Carlyle will announce a $4.1 billion credit facility for its portfolio companies that ties the price of debt to the diversity of a company’s board. The facility, which the firm says is the largest of its kind in the U.S., is part of an “integrated approach to building better businesses,” according to the firm’s C.E.O., Kewsong Lee.

Setting a target. The credit facility is an extension of Carlyle’s goal for its portfolio company boards to have at least 30 percent diverse members by 2023. The firm defines diverse members in the U.S. as women and ethnic minorities, such as Black, Asian, Hispanic, Pacific Islander or Native American; it defines them globally as women.

In a study of its portfolio companies, Carlyle found that firms with two or more diverse board members recorded annual earnings growth 12 percent higher than those with fewer diverse directors.

Rewarding progress. The three-year credit facility will tie the price of the debt it offers to interim targets on diversity. (Carlyle did not disclose the targets or the associated rates.) To help companies hire, Carlyle will tap its own database of executives along with partners like Catalyst and the Latino Corporate Directors Association.

Linking private capital to environmental, social and governance goals. Carlyle has arranged more than $6 billion in E.S.G.-linked financing, including loans for the packaging firm Logoplaste tied to reduction in its emissions, the denim manufacturer Jeanologia linked to water savings and the gearbox maker Flender based on renewable power capacity. The firm estimates that it has saved more than $15 million from those deals.

Robinhood has responded to a long list of questions from Senator Elizabeth Warren about its businesses practices and what went wrong during the height of the meme-stock frenzy. DealBook got the first look at the broker’s 195-page response, which reiterated Robinhood’s previous comments about the capital constraints that forced it to halt trading in some stocks. But it left open questions about its relationship with the market maker Citadel Securities:

The data it shares with outside firms. When pressed by Ms. Warren, Robinhood said it didn’t “share customer data beyond customer orders” with market makers like Citadel Securities. It didn’t say what’s included in those customer orders.

The money it gets in return. When asked how much money it makes from Citadel Securities, Robinhood referred to its public disclosures of payment for order flow contracts. It said it didn’t have any contracts covering customer order execution with other hedge funds or private equity firms.

Ms. Warren’s response: “What’s still not clear from Robinhood’s response to my questions is the full extent of Robinhood’s ties to giant hedge funds and market makers. I’m going to keep pushing regulators to use the full range of their regulatory tools to ensure the fair operation of our markets, particularly for small investors.”

Vlad Tenev, Robinhood’s C.E.O., and Ken Griffin, Citadel’s C.E.O., will be among those testifying at a congressional hearing tomorrow.

Ariel Investments, the Chicago-based asset management firm, will today announce an initiative to scale minority-owned businesses by positioning them as preferred suppliers to the nation’s largest companies. Project Black, as the initiative is known, comes with a $200 million commitment from JPMorgan Chase. It will be run by a new affiliate of the firm, Ariel Alternatives, and led by Leslie Brun, an Ariel board member and founder of the investment firm Hamilton Lane.

It started with a call from Jamie Dimon, who asked fellow JPMorgan board member Mellody Hobson, Ariel’s co-C.E.O., for thoughts on how to help Black-owned businesses. The result, Project Black, considered what Fortune 500 companies currently spend with minority-owned suppliers — around 2 percent of their total procurement. It also looked at what this could be worth if businesses meet their pledges to spend more with these suppliers, typically 10 to 15 percent, as part of corporate America’s racial reckoning. Ms. Hobson estimates that the opportunity is worth about $1 trillion.

“The pledges are fantastic, but they’re going to be very hard to meet,” Ms. Hobson said, because there are not enough minority-owned businesses of sufficient size to meet demand.

Project Black will acquire suppliers to Fortune 500 companies, whether or not they are minority-owned. As Ariel grows these companies into “sustainable, scalable, long-lived providers, at the tier-one level,” Mr. Brun said, it will tap its network to bring in new executives as needed and convert the firms into certified minority-owned business enterprises.

A maker of sustainable plastic strikes a SPAC deal

Origin Materials, a start-up that makes plastic made from sawdust, announced today that it is going public by merging with Artius Acquisition, a blank-check company, in a $1.8 billion deal. DealBook spoke with key executives about what the deal means.

Origin Materials considers itself as a carbon-negative company. Its pitch: Not only does it replace petroleum-based plastics, the start-up says that its production process actually removes atmospheric carbon. “We’re at a real corporate tipping point on the need to reduce their carbon footprint,” said Rich Riley, the company’s co-C.E.O. “We can help those companies decarbonize.”

The company has signed up Danone, Nestlé and PepsiCo as customers, and says its materials could be used in a wide array of products, including tires, clothing and carpeting.

A desire for speedy capital brought it to SPAC land. Origin Materials was seeking money to expand its production, Mr. Riley said. Bankers directed it to Artius, a $725 million SPAC founded last year by Charles Drucker, the former Worldpay C.E.O., and Boon Sim, the former global head of M.&A. at Credit Suisse. “This is not a niche product,” Mr. Sim said. “This could be the Tesla of materials companies.”

A gauntlet of due diligence. Artius spent three months going through Origin Materials’ books and facilities, and then about 60 prospective investors questioned the team in a fund-raising effort. Ultimately, Artius and Origin Materials raised $200 million on top of the SPAC funds, which people briefed on the matter said was oversubscribed.

The Justice Department’s bankruptcy watchdog said the N.R.A.’s go-to law firm should be disqualified from representing the group in its Chapter 11 case, citing conflicts of interest and accusations of billing improprieties. (WSJ)

Chinese officials reportedly blocked the I.P.O. of Ant Group after an investigation into the fintech company’s ownership structure suggested that allies of potential rivals to President Xi Jinping were in line for big paydays. (WSJ)

North Dakota lawmakers rejected a bill that would have blocked the state’s companies from handing over commissions from app sales to Apple and Google. (NYT)

Best of the rest

BlackRock said it might vote against corporate directors if their companies do not have “credible” plans to cut carbon emissions. (Bloomberg)

On the “wonderful, desperate creativity” of microbakeries that have sprung up in New York during the pandemic. (NYT)

We’d like your feedback! Please email thoughts and suggestions to [email protected]