LONDON (Reuters) – Buzzing trading floors, classrooms and networking drinks have been replaced by online projects, ‘hackathons’ and fitness sessions for the class of 2020 investment banking interns. 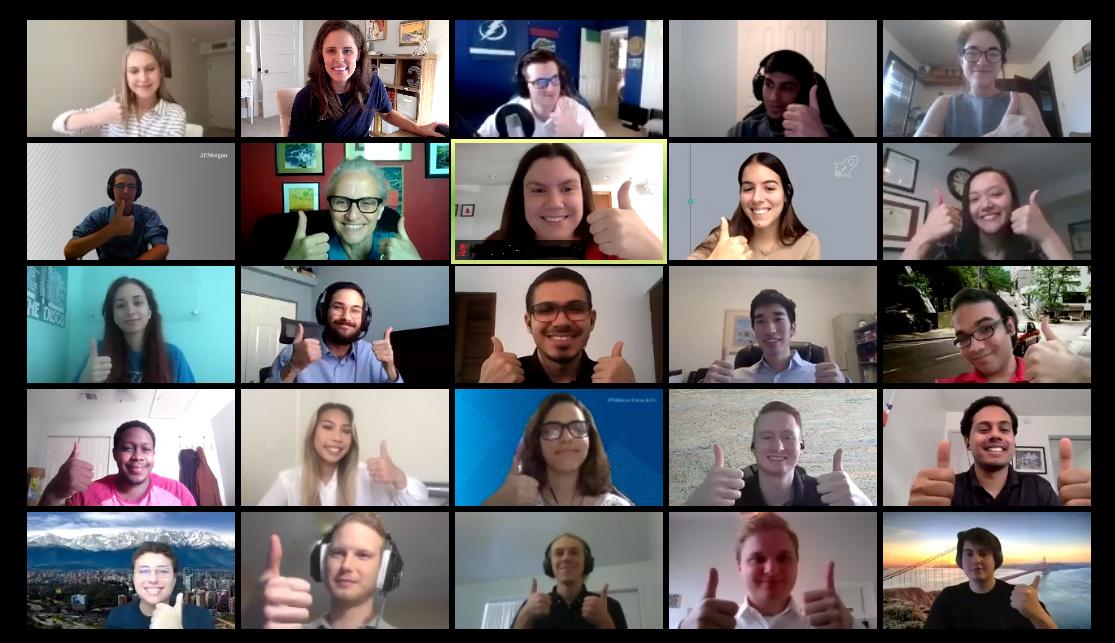 Schmoozing with executives and fellow interns has been via virtual coffees and quizzes, while Goldman Sachs laid on Zoom networking lunches, hackathons and fitness and cooking classes.

“We couldn’t have big parties or anything like that but we did work with a music start-up – there was a battle of the bands competition where the interns could vote,” Helena Sharpe, JP Morgan’s head of campus recruiting for EMEA, said.

Although many of the highly sought after schemes were cut to 5 weeks from the usual 8 or 10, most interns lucky enough to secure a place still received full pay while working from home.

Such internships offer the potential to kick start lucrative banking careers, but have come under scrutiny in the past for the long hours some students work in their effort to impress.

“Some of them probably still work relatively long days because they want to make a good impression and do the best they can on their projects,” Sharpe said.

How well virtual internships work-out is being closely watched by banks assessing the long-term future of remote working, particularly for new joiners, with Barclays and RBC considering keeping some elements for future programmes.

Banks have supplied the necessary kit for working from home. Goldman Sachs, which had around 380 interns in Europe, Middle East and Africa (EMEA), even sent electricity generators to those who needed them. “It’s one big experiment, but it feels great and the feedback’s been very positive,” Rob Ager, head of programmatic talent acquisition at Barclays, adding that although “authenticity” could get lost in the virtual world, working from home had created a more collaborative culture.

There are limitations to the work banks can offer this year, with interns at JP Morgan working on case studies and projects rather than on placements within teams, while Morgan Stanley offered business simulations and work-related projects.

At Barclays, there were two weeks of classroom learning, and while some parts involved a real-life teacher others required watching videos on an online portal.

“You can’t really get the full buzz and vibe of the trading floor in a virtual setting, which is a bit disappointing,” an intern at one firm who asked not to be named said.

“I don’t think you get the true feel of work when you’re working from home and for me personally it would be easier to network in person and get to know people more genuinely.”

But working virtually has made interns less competitive with each other and more willing to help, the intern said, adding they were able to call each other to ask questions.

Citi has guaranteed all of its around 200 London interns a graduate job offer for 2021 so long as they meet the minimum requirements, easing the competitive dynamic.

For staff supervising the programmes, the virtual internship is not without challenges.

“I have to describe things over email and stuff or get on Zoom calls and all of these things that are just easier if it’s done live,” an associate at a U.S. investment bank said.

And while it is harder to monitor interns remotely, banks say they do their best to ensure hours are kept in check.

“We do encourage them to have a good work life balance and take regular breaks,” JP Morgan’s Sharpe said.