Photographs and Video by Bryan Tarnowski

Mark Lewis was desperate to find monkeys. Millions of human lives, all over the world, were at stake.

Mr. Lewis, the chief executive of Bioqual, was responsible for providing lab monkeys to pharmaceutical companies like Moderna and Johnson & Johnson, which needed the animals to develop their Covid-19 vaccines. But as the coronavirus swept across the United States last year, there were few of the specially bred monkeys to be found anywhere in the world.

Unable to furnish scientists with monkeys, which can cost more than $10,000 each, about a dozen companies were left scrambling for research animals at the height of the pandemic.

“We lost work because we couldn’t supply the animals in the time frame,” Mr. Lewis said.

The world needs monkeys, whose DNA closely resembles that of humans, to develop Covid-19 vaccines. But a global shortage, resulting from the unexpected demand caused by the pandemic, has been exacerbated by a recent ban on the sale of wildlife from China, the leading supplier of the lab animals.

The latest shortage has revived talk about creating a strategic monkey reserve in the United States, an emergency stockpile similar to those maintained by the government for oil and grain. 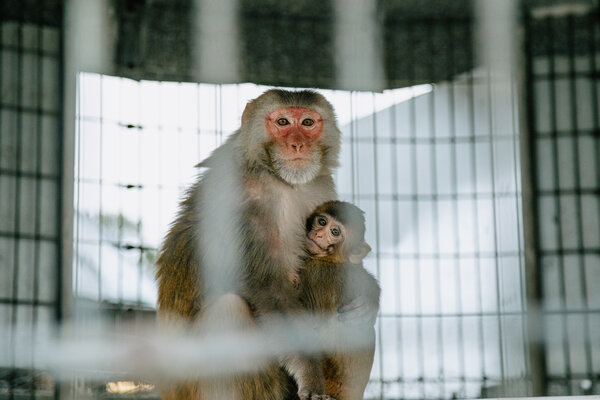 As new variants of the coronavirus threaten to make the current batch of vaccines obsolete, scientists are racing to find new sources of monkeys, and the United States is reassessing its reliance on China, a rival with its own biotech ambitions.

The pandemic has underscored how much China controls the supply of lifesaving goods, including masks and drugs, that the United States needs in a crisis.

American scientists have searched private and government-funded facilities in Southeast Asia as well as Mauritius, a tiny island nation off southeast Africa, for stocks of their preferred test subjects, rhesus macaques and cynomolgus macaques, also known as long-tailed macaques.