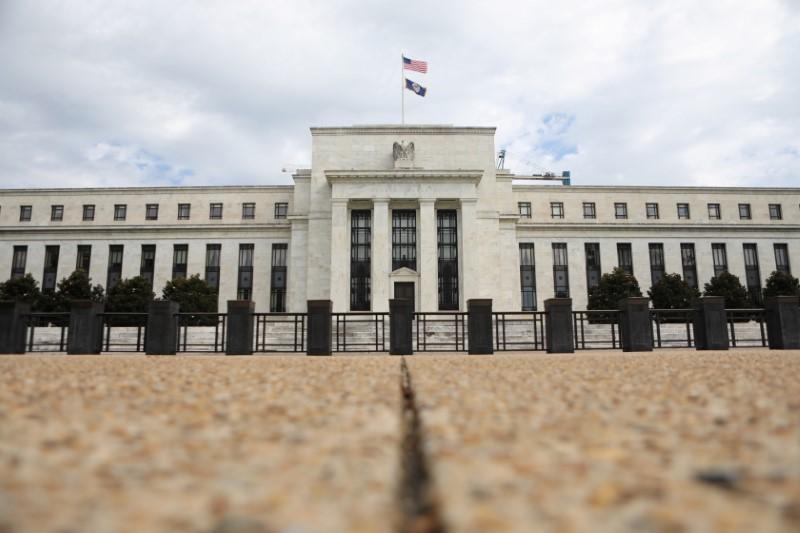 WASHINGTON (Reuters) – The U.S. Federal Reserve continued to roll out emergency support on Friday as it enhanced efforts with other major central banks to ease a global dollar funding crunch and backstopped a market essential for U.S. state and local government finances.

In a coordinated statement with other central banks, the Fed said it would enhance the permanent U.S. dollar liquidity swap line arrangements it has with the Bank of Canada, Bank of England, Bank of Japan, European Central Bank and Swiss National Bank to further ease dollar funding stress abroad.

“The swap lines among these central banks are available standing facilities and serve as an important liquidity backstop to ease strains in global funding markets,” the joint statement said. Following the announcement, the dollar index =USD, which tracks the greenback against a basket of major trading partner currencies – including those from the other participating central banks – weakened about 0.4%, led by a nearly 0.5% gain in the euro.

The Fed on Thursday also extended swap line provisions temporarily to central banks in nine additional countries to ease access to dollars in hopes of stemming the accelerating financial and economic fallout from the coronavirus pandemic.

Dollars have been in huge demand – and tight supply – in markets outside U.S. borders as banks, companies and governments scramble to secure them to service the dollar-denominated debts many have accumulated. That has sent dollar-funding costs spiraling and has led to a historic run-up in the dollar’s value against other currencies.

In a separate move, the Fed also announced on Friday it would extend its liquidity support into the municipal debt market, the main funding market for U.S. states, local governments and official authorities such as transit systems.

Loans will now be available “to eligible financial institutions secured by certain high-quality assets purchased from single state and other tax-exempt municipal money market mutual funds,” through the Money Market Mutual Fund Liquidity Facility the Fed set up on Wednesday, the U.S. central bank said in a statement.

The Fed has announced near daily emergency actions since it announced a package of measures on Sunday that included slashing interest rates to near zero and pledging hundreds of billions of dollars in asset purchases, along with backstopping foreign authorities with the offer of cheap dollar financing.