The digital publisher is said to be on the verge of announcing a SPAC merger that would take the company public. 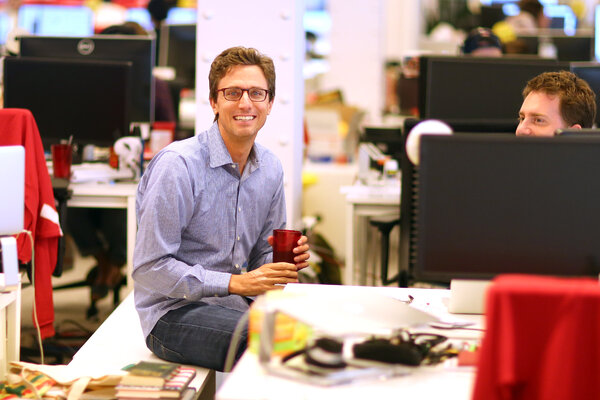 BuzzFeed, the digital publisher known for quizzes, listicles and a news division that won its first Pulitzer Prize this month, is close to reaching a merger deal that would take the company public, a person with knowledge of the company said Wednesday.

An announcement could come as soon as this week, the person added. BuzzFeed declined to comment.

Led by its founder and chief executive, Jonah Peretti, BuzzFeed has been in talks to merge with an already public shell company, 890 Fifth Avenue Partners, in what is known as a SPAC deal. (The acronym stands for special purpose acquisition company.)

Hatched out of a small office in New York’s Chinatown in 2006, BuzzFeed started as an experiment in creating content meant to be shared on the web, back when Mr. Peretti was the chief technology officer of The Huffington Post. He left what is now HuffPost in 2011, after AOL bought it for $315 million, and ended up transforming his project into a stand-alone media company with the help of $35 million from investors.

BuzzFeed soon became one of the fastest-growing digital publishers, eventually raising $500 million at a valuation of $1.7 billion, and was hailed as the future of news media. But in recent years it has missed ambitious revenue targets, and some of its investors have agitated for a sale.

After a series of layoffs in 2019, BuzzFeed started to diversify its business, selling branded cookware and ramping up its product recommendation section, garnering a commission on each sale through affiliate agreements with Amazon and other companies. “Our model evolved,” Mr. Peretti said in an interview last year.

Mr. Peretti, who has sway over the BuzzFeed board despite owning a minority of shares, had talks about possible mergers with competitors including Vice Media, Group Nine and Vox Media. The idea was to create a digital-media giant, one that would have some leverage over Facebook and Google, platforms that continue to dominate online advertising.

In November, Mr. Peretti orchestrated BuzzFeed’s acquisition of HuffPost, the site he helped found with Arianna Huffington and the investor Kenneth Lerer. This larger version of BuzzFeed is the company that could go public in a SPAC deal. The anticipated public listing could also include a debt sale to raise money that could be used to buy other digital publishers.

SPAC deals, a once arcane Wall Street maneuver, have become more common over the last year. Special purpose acquisition companies, shell corporations that list on a stock exchange, are usually created with the goal of buying a private business and taking it public.

Group Nine, the BuzzFeed rival, has gone a different route. It created a SPAC of its own in December, with the aim of finding a company to acquire before going public.

BuzzFeed expects to eke out a pretax profit this year on about $500 million in sales, the person with knowledge of the company said.