Turmoil surrounding a little-known firm run by a onetime star trader rippled through Wall Street on Monday, exposing banks to billions of dollars in losses and highlighting yet again the potential of individual players to hobble an intricately connected but largely opaque financial system.

The huge sell-off of stocks linked to Archegos Capital Management also raised questions about how and why some of the biggest Wall Street banks were willing to do business with someone who, less than a decade ago, was fined and penalized by securities regulators.

The sudden upheaval was an example of what happens when a highly risky strategy meant to increase returns clashes with an apparent run of bad luck.

Late last week, Archegos — a more than $10 billion fund led by Bill Hwang, a 57-year-old investor who cut his teeth at the hedge fund Tiger Management before becoming embroiled in an insider-trading scheme — couldn’t meet the financial demands of several banks. That prompted them to sell off billions of dollars in equities they essentially held on his behalf to protect their own balance sheets. Among them: millions of shares of ViacomCBS, the corporate parent of the country’s most-watched network; the media company Discovery; and a handful of Chinese technology firms.

“Markets will be sniffing for signs of stress elsewhere over the next few days,” said Christopher Smart, chief global strategist and head of the Barings Investment Institute. Investors and traders will “look to see who may have extended their balance sheets too far for the bumpy ride ahead,” he added.

While stock markets were whipsawed by the saga surrounding Mr. Hwang’s firm, much of his trading activity actually took place in the separate, but closely related, market for derivatives — complex financial instruments that sophisticated investors use to make bets with Wall Street trading desks about where stock prices will go, without having to buy the actual shares. For investors like Mr. Hwang, the use of derivatives means that their total exposure to a stock can be far greater than the amount of cash they put up.

Since such trades are inherently risky, investors typically post margin — cash or cash-like securities — sufficient to cover a share of the trade with the bank. These margin requirements are adjusted daily to enable the bank to demand more cash if the trade goes wrong.

Using derivatives known as “swaps,” Mr. Hwang had bet that the prices of certain stocks, including ViacomCBS, would rise. But last week, the prices of some of those companies fell instead — ViacomCBS, for one, sold more than $2.6 billion of new shares, taking advantage of what appeared to be a high-flying stock price that had risen to $100 from $12 in under a year. But it misjudged the appetite: Investors were only willing to buy shares at less than market value for the company, which led to a sell-off. Shares of two Chinese companies that Archegos had also bet on — RLX Technology and GSX Techedu — also fell precipitously last week.

Since the shares were now trading in the opposite direction of Mr. Hwang’s bets, the banks — which typically hold the shares to offset the risk of the client’s trade — asked Archegos to post more collateral so they could minimize any potential losses. Mr. Hwang’s firm did so initially, a person familiar with the matter said, but then it couldn’t, at which point his lenders became unnerved and began a fire sale of those stocks.

The large blocks of shares suddenly coming into the market depressed prices further. By Monday, investment banks around the world were scrambling to calculate the damage. At least two, the Japanese bank Nomura and Credit Suisse, warned that the hits to their balance sheets would be ugly. Though Nomura did not identify Archegos as the client at the center of the losses, the bank said its claim against the unnamed client was about $2 billion. Other banks that lent to Archegos, including Goldman Sachs and Morgan Stanley, were still figuring out their total exposure, although both banks were expected to see minimal losses.

The flood of shares into the market helped wipe out billions of dollars in shareholder wealth, adding to the mounting losses for shares of ViacomCBS, which has shed more than half its value in a week. On Monday, shares of ViacomCBS fell 6.7 percent to $45.01. The S&P 500 closed down less than a tenth of a percent.

“This is a challenging time for the family office of Archegos Capital Management, our partners and employees,” a spokeswoman for the firm, Karen Kessler, said on Monday evening. “All plans are being discussed as Mr. Hwang and the team determine the best path forward.”

The impact of Archegos’s stumble underscored the risks to the financial system from sophisticated investors who work with Wall Street banks to make bets using leverage. When the going is good, leverage can amplify returns. But on the flip side, it can enlarge relatively minor market setbacks and force a run of selling that takes on a life of its own. 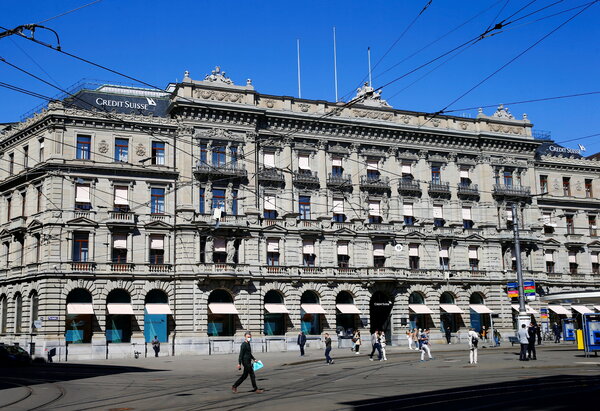 To set up the swaps, Mr. Hwang’s bank lenders bought shares of ViacomCBS and Discovery, according to two people familiar with the matter, and gave his firm the financial exposure to the investments, ensuring that he would make money if the stocks rose and lose it if they fell. Banks stand to make big money from these types of trades by taking a commission and also by charging a fee — usually in the form of an interest rate — on the total size of the trade. That can create incentives for them to arrange bigger trades.

Using swaps allowed Mr. Hwang to avoid publicly reporting his exposure to the media stocks. The new owners instead were reported to U.S. stock regulators as Nomura, Morgan Stanley, Goldman Sachs and others. While the swaps provided anonymity to Archegos, the disclosure that big banks were loading up on shares was also a signal to the financial markets that a big client was probably behind the purchases, although Mr. Hwang’s identity was unknown until last week.

Mr. Hwang had worked under the billionaire hedge fund titan Julian Robertson at Tiger Management, making him one of the firm’s famous alumni, or “cubs,” when he started his own fund, Tiger Asia. But in 2012, he faced an insider-trading investigation; securities regulators said Tiger Asia had used confidential information to bet against the shares of Chinese stocks, and had manipulated other shares.

Mr. Hwang entered a guilty plea to wire fraud on behalf of Tiger Asia and paid millions of dollars in fines while also accepting a five-year ban on managing public money as a result of the settlement with the S.E.C. He reorganized the firm as a family office, meaning it was no longer managing outside money, and renamed it Archegos Capital Management; archegos is a Greek word meaning leader or founding father, and is used in the Bible to refer to Jesus.

“It’s not all about money, but it’s about long term,” Mr. Hwang said in a 2018 video in which he discussed his faith and work. “God certainly has a long-term view.”

According to four people familiar with the matter, Mr. Hwang had recently built large holdings in a small number of stocks, including ViacomCBS and Discovery, which also operates the cable channels TLC and the Food Network, and the Chinese companies RLX Technology and GSX Techedu. Those bets unraveled spectacularly in just a few days last week.

Last Monday, shares of RLX Technology, an e-cigarette company, tumbled sharply after Chinese regulators presented potential new regulations on the industry. RLX securities listed in the United States, called American depositary receipts, tumbled 48 percent. The next day, GSX Techedu, a tutoring company that has been a target of short sellers in recent years who claimed the firm’s sales numbers were overstated, fell 12.4 percent.

On Wednesday, ViacomCBS sold a batch of shares on the open market to raise money to finance its new streaming businesses, exacerbating Mr. Hwang’s situation. His firm began fielding queries from worried banks. Lenders at Goldman Sachs urged Archegos to pare its exposure, said two people familiar with those conversations. But Archegos pushed back, saying the battered stocks would recover, one of the people said.

By Friday morning, when Archegos was unable to post additional “margin,” Morgan Stanley and Credit Suisse, two of Archegos’s main lenders, had declared the fund to be in default, four people briefed on the matter said. Their action paved the way for Goldman Sachs and others to do the same. Soon, huge blocks of stocks were on offer.

Wall Street was still grappling with the fallout on Monday, but many analysts thought the worst of the danger had passed. Randy Watts, chief investment officer for O’Neil Global Advisors, a financial advisory firm, called the Archegos affair a “short-term event.”

“It is not in any way reflective of any kind of systemic issue or instability,” he said.