LONDON (Reuters) – The Bank of England promised 200 billion pounds of bond purchases and cut its key interest rate to 0.1% in a second emergency move in just over a week to try to mitigate the hit to Britain’s economy from the coronavirus outbreak.

As central banks scramble to fight off the threat of a global recession, all nine BoE interest-rate setters voted unanimously for the cut to the benchmark Bank Rate, which they slashed to 0.25% from 0.75% as recently as March 11.

They also voted unanimously to restart buying government bonds and corporate debt for the first time since 2016, a day after the European Central Bank ramped up its debt-buying too.

The 200 billion-pound increase, at 9% of British GDP, was even bigger than the ECB’s which was equivalent to 6% of the euro zone’s economic output, and took the BoE’s total asset purchase plan to 645 billion pounds.

BoE Governor Andrew Bailey said the buying would be front-loaded as the central bank sought to address financial markets that were “bordering on disorderly” in recent days.

Sterling on Wednesday hit a 35-year low and British government bond prices were heading for their biggest two-day drop since 1998 as panicked investors rushed into U.S. assets.

Bailey rejected suggestions that the BoE was resorting to printing money to bail out Britain’s government, which is facing huge costs to try to offset the impact of coronavirus.

“We have to take into consideration what the likely scale of government financing is, because that’s clearly going to amplify through the markets,” Bailey told reporters.

“I just want to emphasise that we are not abandoning the, I think, very clear central bank philosophy in terms of monetary financing, because history tells us where that leads.”

Prime Minister Boris Johnson said his finance minister Rishi Sunak would talk on Friday about a package of measures to support people in work, having come up with 350 billion pounds to help business earlier this week.

Bailey repeated his view that, while a central bank should never rule anything out, taking interest rates into negative territory as some other central banks have done would hurt bank lending in Britain.

Britain’s government this week ramped up its attempts to slow the spread of coronavirus, urging people to avoid meeting in bars and restaurants and closing schools from Friday.

Bailey said rumours about a lockdown in London exacerbated Wednesday’s chaos in British markets and he reiterated his opposition to closing trading.

Many businesses have warned the government’s measures will lead to widespread job losses and push them into bankruptcy.

Most of the extra debt the BoE will buy will be British government bonds, it said.

“There can be no question that the monetary and fiscal authorities are throwing everything they can at this problem to support firms and households, cushion demand as much as is reasonably possible, and to reduce the long-term hit to supply.” Nomura economist George Buckley said.

The pound, which on Wednesday sank to its lowest since 1985 as investors rushed into U.S. dollar assets, initially rallied as much as 1.3% but by 1730 GMT it had given up its gains.

Yields on British government bonds fell sharply, reversing much of the past two days’ sharp rise.

Finance minister Sunak welcomed the BoE move and said again that he was ready to do more to help the economy. 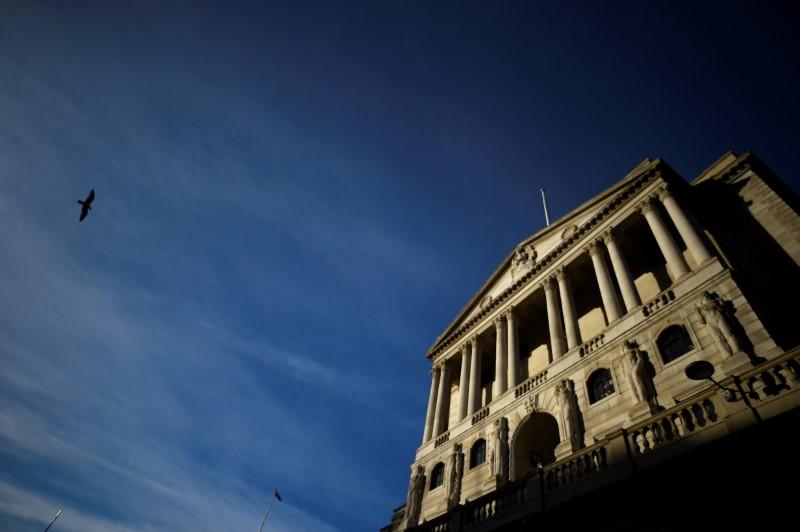 On Tuesday, he announced 330 billion pounds of loan guarantees and 20 billion pounds of direct support for business and the BoE launched a scheme to buy a form of debt issued by large, investment-grade companies, known as commercial paper.

Bailey reiterated on Thursday that widening access to the scheme would give the BoE more firepower to aim at the crisis.

The next scheduled MPC policy announcement is due on March 26.