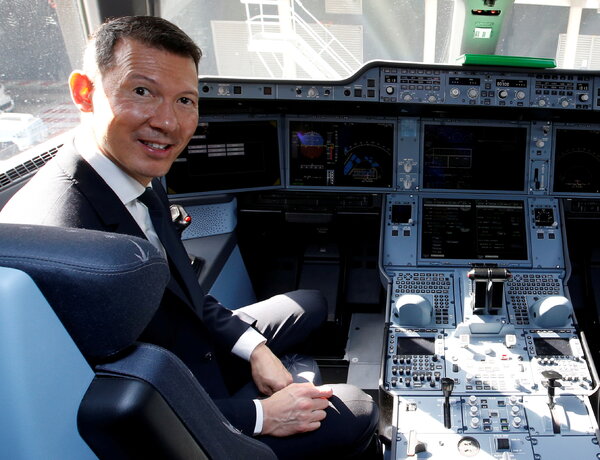 The top executive of Air France-KLM, one of the world’s largest airline companies, was thrilled when Europe eased restrictions on American visitors last month. Now, he wants the United States to return the favor.

While Europe has largely lifted restrictions on vaccinated American tourists, most Europeans are still barred from visiting the United States even if they have been inoculated against the coronavirus, to the frustration of businesses on both sides of the Atlantic Ocean.

“What we’re anxiously waiting for is reciprocity on the part of the U.S. government,” the Air France-KLM chief executive, Benjamin Smith, said in an interview this week. “The trans-Atlantic is the most important long-haul market that we have.”

The U.S. Chamber of Commerce last week called for the easing of travel restrictions put in place under the Trump administration, saying that the return of European business travelers and tourists would “help drive economic growth and job creation for Americans across the country.” Europe has typically been one of the biggest sources of tourists to the United States, especially to New York and other East Coast destinations.

At a news conference on Wednesday, Jen Psaki, the White House press secretary, said the administration was considering lifting the ban.

“We know people want to come here and people want to travel to other places; we understand that,” Ms. Psaki said. She added: “We have these working groups with Canadians, with Europeans, with others to determine the timeline and pace when we can reopen and do it safely.”

U.S. airlines have been enjoying a summer rebound thanks to widespread vaccinations and strong demand for tickets after a year in which many people were confined to their homes. But the industry in Europe is struggling. The number of flights in Western Europe last week was down 49 percent compared with 2019, according to OAG, an aviation data provider. In North America, flights were only down about 24 percent.

European airlines rely heavily on trans-Atlantic travel. For KLM, which has its main hub in Amsterdam, and Air France, flights to North America accounted for about 12 percent of overall capacity in 2019, according to Cirium, an aviation data provider. And, despite the ban on most Europeans visiting the U.S., Air France still plans to launch flights to its 12th American city this Friday by starting nonstop service between Denver and Paris.

Even as it awaits the U.S. reopening to European visitors, Mr. Smith said he was hopeful that travel would slowly recover within Europe.

“The leisure component of our Europe business is really strong,” Mr. Smith said. “It’s a bit too early to talk about the business component because it’s never been strong in the summer, but we’ll see how that goes in September.”