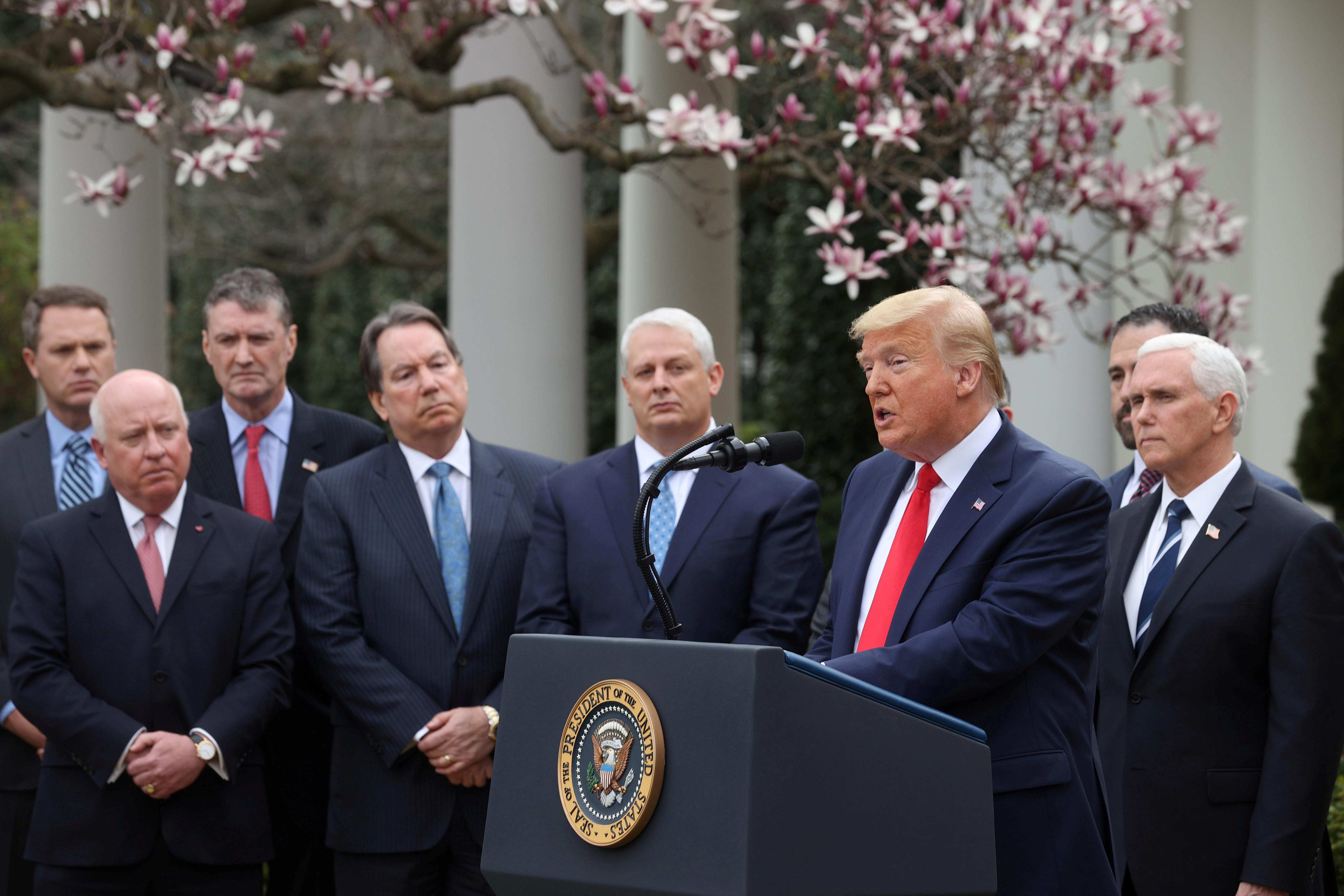 The U.S. stock market’s gains under Trump are rapidly disappearing as the fast-spreading coronavirus pandemic drives fears of a global recession.

The S&P 500 .SPX tumbled 9% on Monday, erasing all of its gains from a furious rebound late on Friday that happened seconds after Trump declared a national emergency to combat the rapidly spreading coronavirus.

Trump has repeatedly boasted about the stock market’s performance during his three years in office, and on Saturday he told reporters:

“I was honored to see that the stock market — you were mostly there with us — set a record in a short period of time — over a 45-minute period that we had the press conference yesterday in the Rose Garden. That was a record. All-time record. I think we should do one of them every day, perhaps. How about every — how about five times a day? We’ll do one five times a day.”

Despite Trump’s optimism about the stock market, Monday’s slump extended the S&P 500’s loss from its peak on Feb 19 to about 27%. Investors dumped stocks after the Federal Reserve’s drastic move on Sunday to cut interest rates to near zero amplified worries over the extent of damage from the pandemic.

As the coronavirus spreads fear of a recession, most of the S&P 500’s gains under the Republican president, a major part of his case for reelection in November, have disappeared.

At its February peak, the S&P 500 was up 58% from when Trump unexpectedly beat Democratic rival Hillary Clinton in November 2016. As of Monday, Trump’s stock market was up just 15% from that time. The Dow is now up 14% since Trump was elected.