PARIS — Following in the footsteps of its LV Trainer Upcycling men’s shoe, unveiled earlier this year, Louis Vuitton is launching the Charlie, its first unisex sneaker, made using 90 percent recycled and bio-sourced materials.

In what the brand described as a test model in its ongoing efforts to switch to a company-wide eco-design process, the French luxury house developed the sneaker after conducting a life cycle analysis on five of its men’s shoes last year, said Christelle Capdupuy, global head of sustainability at Louis Vuitton.

“This allowed us to identify the levers to reduce the environmental impact of our shoes, and the Charlie is the result of all this scientific, technical work that has been done,” Capdupuy told WWD.

Due to be launched on Nov. 12, the Charlie features a sole made up of at least 94 percent recycled rubber, which the executive described as a “huge technical prowess in the sneakers market.”

The upper is composed of smooth and grained synthetic material, produced from recycled polyester and a layer of Biopolioli, a corn-based plastic. The tongue patch, back of the shoe and LV logo are made with Econyl regenerated nylon created from nylon waste such as fishing nets, fabric scraps and industrial plastic.

Though Vuitton’s offer of sustainable products remains small, it’s steadily expanding, in line with the commitments outlined in the brand’s sustainable development plan, titled “Our committed journey,” presented in September 2020.

‘Sex and the City’ Reboot Fashion Moments: See the Photos

The company actually introduced its first upcycled collection, Be Mindful, in 2019. It featured silk scarves from previous collections that were given a second life with the addition of fringing, or used for bracelets, earrings and other accessories. 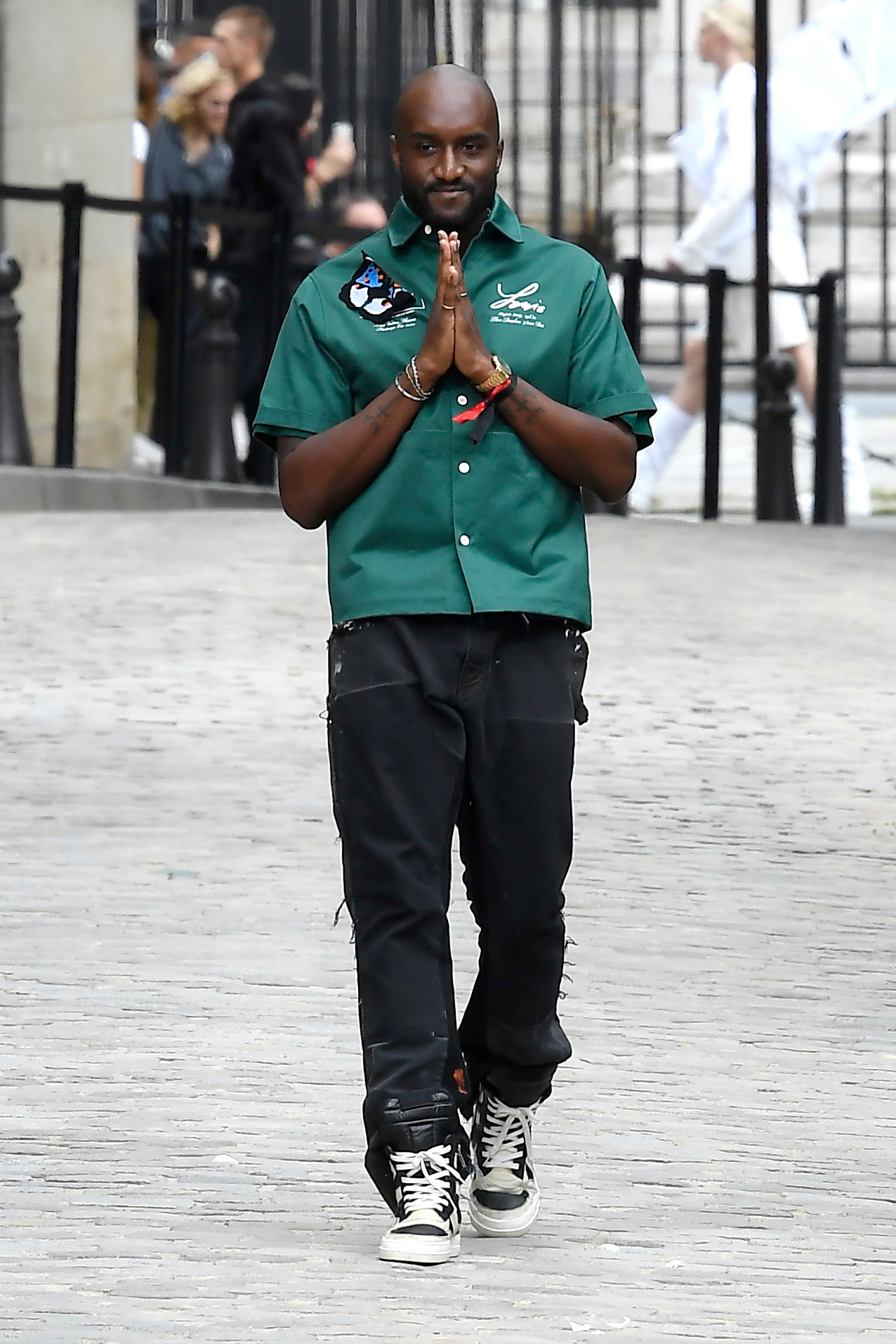 Virgil Abloh, artistic director of men’s collections at Vuitton, has been the policy’s most visible advocate, introducing a new Upcycling Signal Logo emblem with his spring 2021 collection, which ushered in a multifaceted sustainability initiative, where work can be recycled, upcycled and even reissued in its original form.

That logo, which resembles the well-known symbol for recycling originally credited to Gary Anderson, has been adopted company-wide for all products that are either upcycled, or contain at least 50 percent of recycled and bio-sourced raw materials, Capdupuy said.

By 2025, Vuitton aims to use 100 percent responsibly sourced raw materials; switch to 100 percent renewable energy in its production and logistics sites, and have all products comply with an eco-design process. This places the brand ahead of parent company LVMH Moët Hennessy Louis Vuitton’s groupwide “Life 360” program.

Detailing progress made so far, Capdupuy said that by the end of 2020, 52 percent of Vuitton’s raw materials were already responsibly sourced. Among them, 78 percent of the leather used came from Leather Working Group-certified tanneries, and 67 percent of cotton was certified.

“It’s not easy to change the way we do things,” she admitted. “So at some point, it’s very interesting to test yourself on a product. The Charlie is the result of a collaboration between marketing, the environmental division, our production site in Italy and our suppliers. It’s allowed us to test and source the most ambitious raw materials, in terms of environmental impact, and now we’re learning.”

Speaking shortly after the launch of the LV Trainer Upcycling, Abloh similarly described the shoe as a “case study.” Launched in five colorways, it was made using LV Trainer sneakers from his debut collection for the house in 2018.

Given the designer’s reputation as a sneaker guru, with a highly successful ongoing collaboration with Nike, the buying team assumed this inaugural style would be a runaway success.

“We ordered way more than the market was ready to adopt of a new design, so we had stock of those that hadn’t sold through initially. And I was like, instead of this being a negative, I immediately went into, ‘This is a great way for us, as a luxury house, to just think about the history of this shoe,’” Abloh said.

“With that overstock, I’ve reinterpreted it, and I think that for us as a luxury house in terms of value, it doesn’t depreciate, no matter what. Especially in sneaker culture, if you see what’s happening on StockX, shoes trade for 10 times their value when they’re older. So there’s a lot of new things at play,” he added. 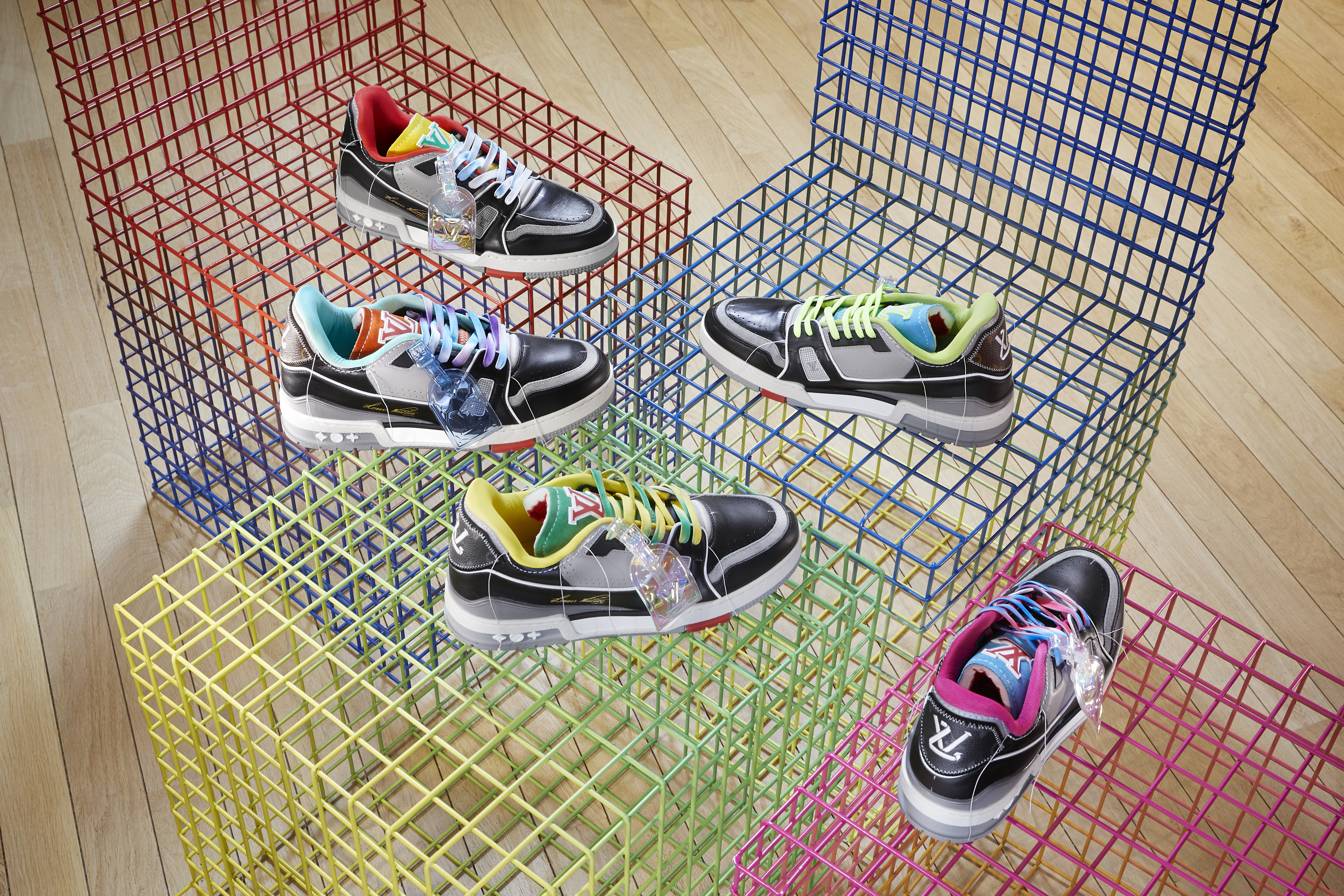 Abloh, who defines himself not as a designer, but rather as an “artistic director for a new and different area,” has long subscribed to the theory that modifying an existing object by three percent turns it into “something special.” While that approach has exposed him to accusations of copying, it naturally lends itself to recycling.

LVMH has signaled its confidence in the designer by expanding his remit beyond fashion, announcing this week that he would be given leeway to launch brands and seal partnerships across the full range of its activities — a move that has earned him comparisons with the late Karl Lagerfeld.

Capdupuy noted there was a real demand from luxury consumers for responsibly sourced products, even with hefty price tags.

“To be honest, I think it would have been difficult to create the Charlie 10 years ago,” she said. “Today, we’re able to produce shoes that have a low environmental impact with raw materials that meet our requirements in terms of quality, durability and comfort, and that obviously represents years of R&D by our suppliers.” 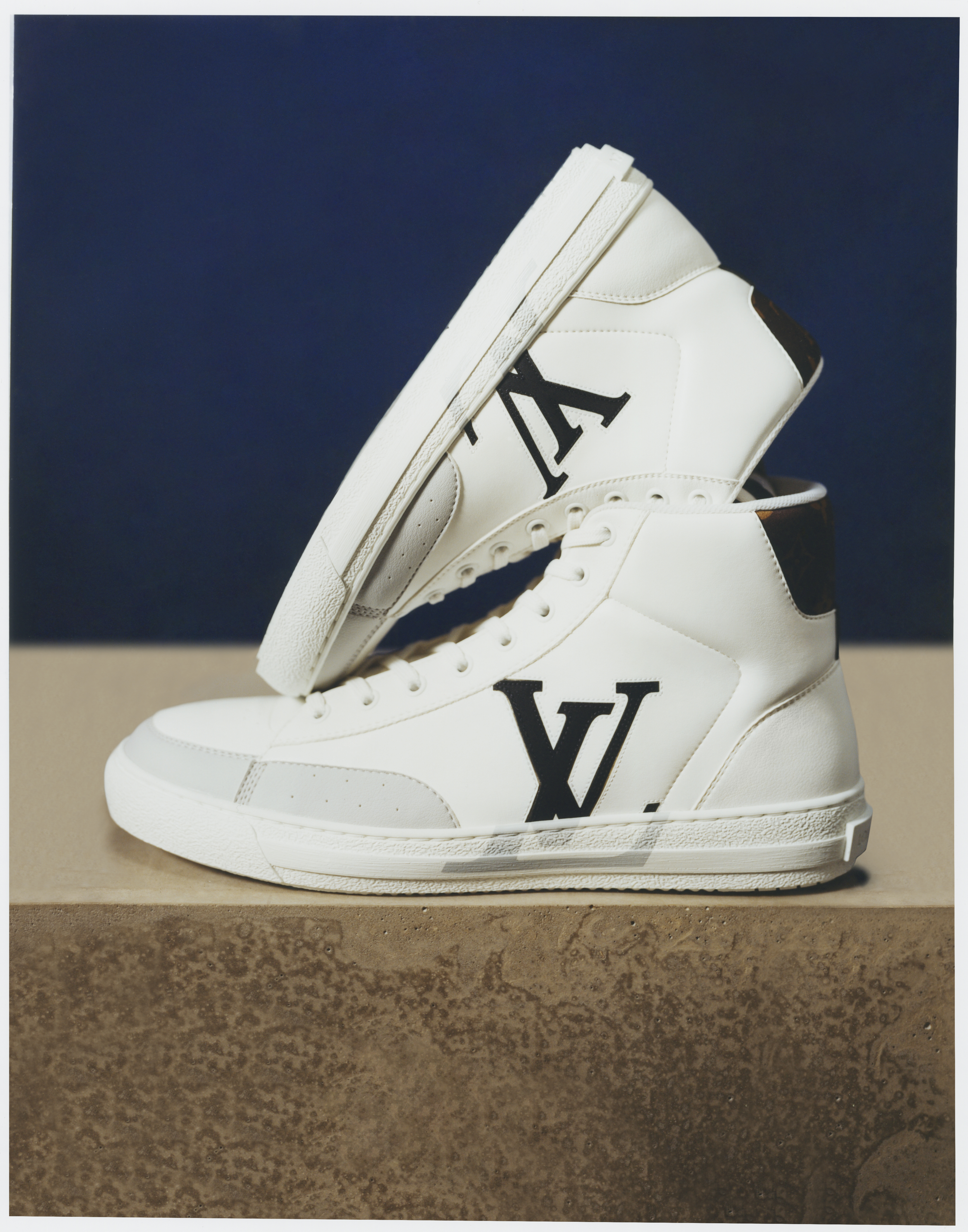 The Charlie sneakers will be available in U.S. sizes 3 to 13, priced at $1,080 for the low-top version and $1,130 for the high-top style. They come in a box made of 100 percent recycled cardboard, which can be used as a shopping bag thanks to its handle made from Tencel fibers originating from renewable wood sources.

Earlier this month, Vuitton launched a line of bags designed by Abloh using eco felt, made using a range of organic and recycled fibers, with prices ranging from 2,000 euros for an extra-small Keepall to 4,100 euros for a full-sized weekender.

“I’m just happy that my studio is a part of the conversation. We’re investigating, if that makes sense, rather than saying, ‘This is it.’ And I like that people can feel me trying new ideas. That’s the heart of my creativity,” he said.