Some women who have let their husbands deal with fiscal matters now recognize that they can no longer bury their heads in the sand. 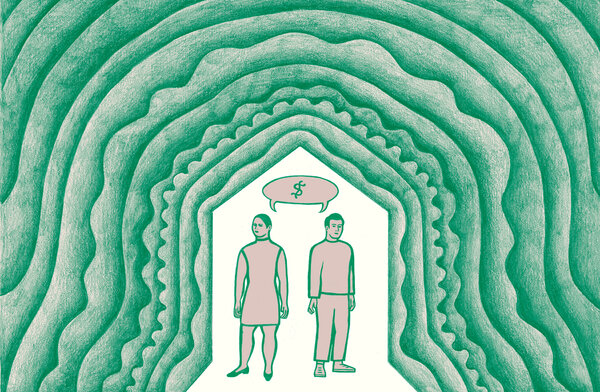 Before the coronavirus, Tara Beier and her husband, Dennis, rarely discussed money. They kept separate bank accounts and divided their household responsibilities. Her husband, 42, covered the mortgage on the two properties they own, while Ms. Beier, 38, managed and took care of a rental home. It worked fine for their 12 years of marriage.

And then the world shut down, and his job as a producer in the film industry evaporated. Suddenly, the mortgage fell on Ms. Beier’s shoulders. A singer-songwriter, she is in now responsible for covering mortgage, food, everyday expenses and rent. She doesn’t mind: “I felt like he’s relying on me more as a woman,” said Ms. Beier, who lives in Santa Monica, Calif.

But it has also been a challenge. Ms. Beier didn’t really know much about their financial situation, and she had always been reluctant to ask. “I grew up in a family where if you talked about money it ended up heated or a dangerous situation, or uncomfortable,” she said. “My dad had the financial control.”

Once the coronavirus pandemic hit, she wanted to know specifics. Because what if her husband got sick? Where were their important documents, or passwords for bank accounts? Did he have any debt? Together in isolation for three months, the couple had lots of time to talk. And talk they did, about their dreams, their goals, and their finances.

It’s a conversation that’s echoing in households across the country, as many women, who have often let their husbands deal with fiscal matters, recognize that they can no longer bury their heads in the sand. In an era when everything feels uncertain, they crave transparency, especially when it comes to money.

“Covid has provided an opportunity for people to turn more inward — inside their house, inside their finances,” said Erika Wasserman, a financial therapist in Miami, who has noticed this trend in her own practice. “Women are planners by nature, so for us this is an opportunity to ask the husband or whoever’s managing the finances, what’s our plan? Not just what’s our budget or mortgage, but what’s our plan for life insurance? Where do you want to be buried? That might be the first time they’re asking the questions in a long time.”

Beyond health concerns, there is the very real fact that more women than men have lost jobs during the pandemic. Between February and May alone, women lost 11.5 million jobs, compared with nine million for men, according to the Pew Research Center. Only a third of those jobs returned in May and June, reports the National Women’s Law Center. At the same time, many women are bearing the brunt of child-care responsibilities during the pandemic, while caring for parents at the same time. No wonder they are worrying about money.

With that in mind, women are having to educate themselves. In the March 2020 U.S. Bank Women and Wealth Insights Study, a survey of 3,000 men and women investors with minimum investable assets of $25,000 found that 47 percent associated negative words like “fear, “anxiety,” “inadequacy” and “dread” with financial planning, compared with 31 percent of men.