When the pandemic temporarily closed El Rastro, the city’s sprawling street market, neighboring shops had a chance to shine. 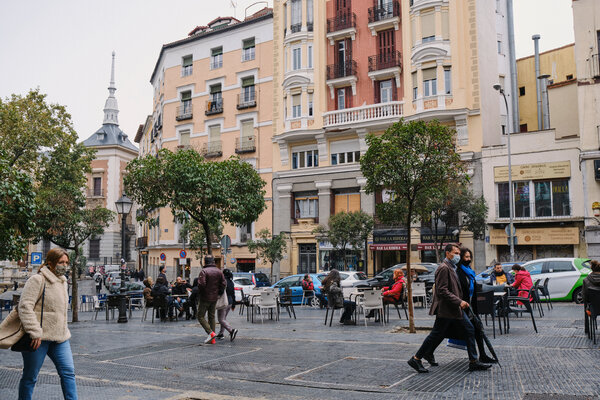 One could easily amass a collection of ice buckets in Madrid. Vintage cubiteras, as they are called in Spanish, are everywhere. Many are midcentury models combining materials like Lucite, chrome, brass, Bakelite, leather or cork — stylish objects one could readily imagine resting on a bar within arm’s reach of Ava Gardner during her hard-partying years in Spain in the late ’50s.

Such enthusiasms are easy to indulge in the Spanish capital, and not because people drink more (though they might) or have vast apartments with extra cupboards (they don’t). Rather, it’s because El Rastro, the sprawling flea market that winds through a sizable part of the city center, is always so well stocked with chic barware and other collectibles: books, furniture, china and ceramics, paintings and prints, vintage fashion and many other things you never knew you wanted to collect — often at bargain prices relative to other European capitals. 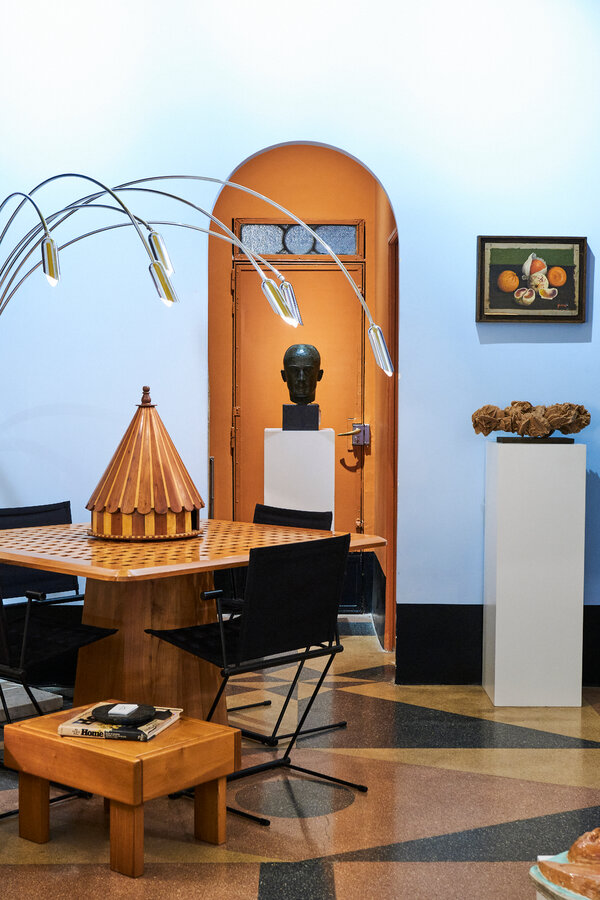 Located just south of Plaza Mayor, between Calle de Toledo and Calle de la Ribera de Curtidores, the Rastro dates back centuries to when the neighborhood was full of tanneries (curtidores). The name, which applies to the market and the neighborhood, refers to the “trail” (rastro) of blood that once stained the streets as animal carcasses were moved about. The area remained a prime clearinghouse for the city’s castoffs, with shops evolving in the last decade from unheated warrens of old furniture piled to the ceiling to gallerylike spaces with curated vignettes of beautiful, covetable objects.

On pre-pandemic Sundays, a sprawling outdoor market attracted thousands of locals and tourists looking for antiques and perusing hundreds of stalls set along the main streets and plazas selling items that included T-shirts, off-brand underwear, flamenco CDs, plumbing fixtures and handicrafts. The Sunday market was closed in March and is just now being phased back to life, but in the meantime the surrounding shops, which reopened by early June, have been given a chance to shine on their own (with dealers and customers taking necessary safety precautions).

Despite the drop in foot traffic, many dealers said business had been stable. Several have converted old storerooms into display space, and most open daily from 10 a.m. to 2 p.m. and receive clients by appointment as well. Online shopping is also an option, either through their websites or Instagram feeds.

Rastro regulars have their own preferred routes through the dozen or so streets, but unless you prefer walking uphill, start at the neighborhood’s north end, perhaps at Casa Josephine on Calle de Santa Ana, where furniture, ceramics and, lately, some groovy 1960s textile art walk the line between rustic and chic. Nearby Olofane is a well-known source for lamps (from 80 euros, about $97), sconces and other decorative fixtures that are restored in-house. At La Recova, there’s midcentury furniture, ceramics and glass from Germany, the Netherlands and Britain.

One block south, Calle del Carnero offers a particularly diverse mix of vendors. Virtually everything at Almoneda Txomin has gracious, country-house proportions and Art Nouveau flourishes. A few doors away, the dealer Andrés Serrano is a major source for vintage china and glassware.

Before the pandemic, strolling Ribera de Curtidores on a Sunday morning was something of a contact sport, and crowds may soon be back. But Monday through Saturday, the tree-lined boulevard is delightfully tranquil, especially as the two biggest shopping destinations are pretty interior courtyards lined with multiple shops. Standouts at Nuevas Galerias include Pilar Ilusion, selling glamorous vintage fashion and accessories like a ’50s-era Balenciaga cocktail dress (€650), among other Spanish and international labels; and Verde Gaban, a Rastro newcomer with a wide selection of sophisticated housewares.

Across the street, Galerias Piquer is a destination for local interior designers with about 20 shops. There are sleek Art Deco sculptures at Gorgona; Pan-European furniture from the 18th, 19th and 20th centuries; and lacquered Asian chests (starting at around €400) at Isabel Martinez. You might also find those vintage ice buckets (€50 to €80) at Lagur and other elegant bar and tableware at Juan Carlos Sancho.

Even if you’re in the market only for inspiration, a morning of window-shopping in one of Madrid’s oldest neighborhoods, with its beautiful tile-encrusted tavern facades, intricate iron balconies and old-school workshops, provides a glimpse into the authentic soul of the city.

Related posts:
Latest Posts
JPMorgan to join British online banking chase within months
Boeing 737 MAX declared safe in Europe after deadly crashes
Nissan to cut UK jobs in efficiency drive as it reveals electric car ambition
Three new Farro Fresh stores planned, $100m revenue forecast to be topped this year
U.S. state regulator says GameStop trading could be 'systemically wrong': Barron's
Recent Posts
This website uses cookies to improve your user experience and to provide you with advertisements that are relevant to your interests. By continuing to browse the site you are agreeing to our use of cookies.Ok