XPeng reports that its electric car sales in June increased by 133% year-over-year to 15,295, which is a near-record result.

During the second quarter of this year, the company delivered 34,422 BEVs (up 98% year-over-year), which is the highest result among emerging auto brands in China for the fourth consecutive quarter, according to XPeng.

The overwhelming majority of XPeng sales are in China.

The Chinese company explains that deliveries accelerated in mid-May, after resuming double-shift production at its Zhaoqing plant. But even without that, XPeng is a rare example of a company that is quickly growing despite the recent lockdowns and supply constraints.

In terms of models, the XPeng P7 noted over 8,000 units at a 70% year-over-year growth rate, while the P5 set a new monthly record. Those are currently the two main XPeng models on the market. 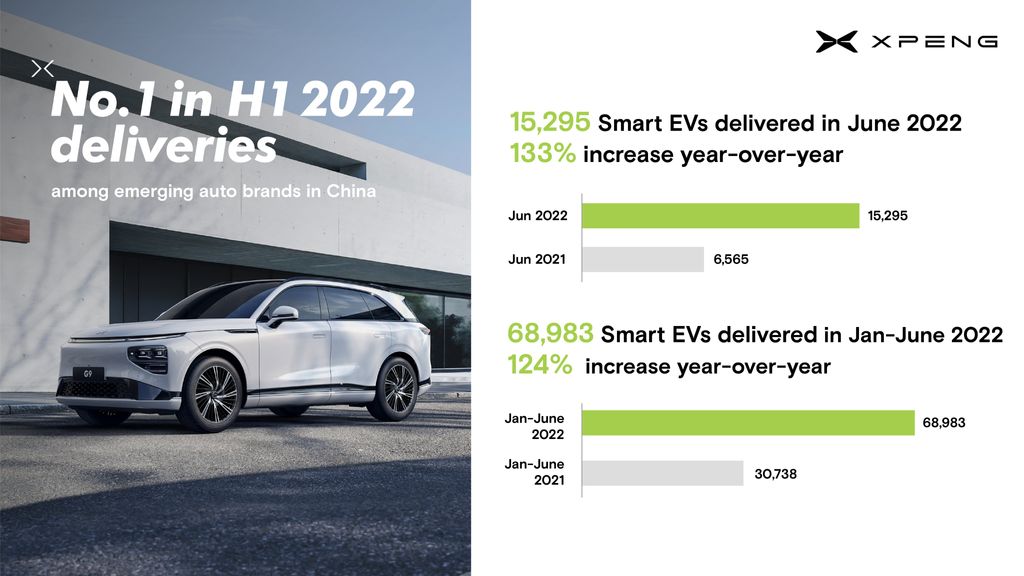 In June, the company celebrated the delivery of its 200,000th electric car. More than half of all deliveries fall on the XPeng P7 model.