The max towing race has ramped up considerably in the last several years, particularly between the American truck brands. The 2021 Ram 1500 has a max tow rating of 12,750 pounds, and beating that is the 2022 Chevy Silverado 1500, which is capable of hauling 13,300 pounds. At the top of the towing food chain, the 2021 Ford F-150 boasts 14,000 pounds of towing capacity when properly equipped.

Then comes the new 2022 Toyota Tundra with a number that’s 17.6 percent higher than the previous generation’s. Even then, it’s “just” 12,000 pounds, so not exactly class-leading. While it’s still below that of the Big Three in terms of hauling numbers alone, Toyota feels trying to win the towing war isn’t all that practical. Instead, changes like ditching leaf springs for rear coils show that Toyota caters to a different customer base, those that prefer comfort to max towing capacity. 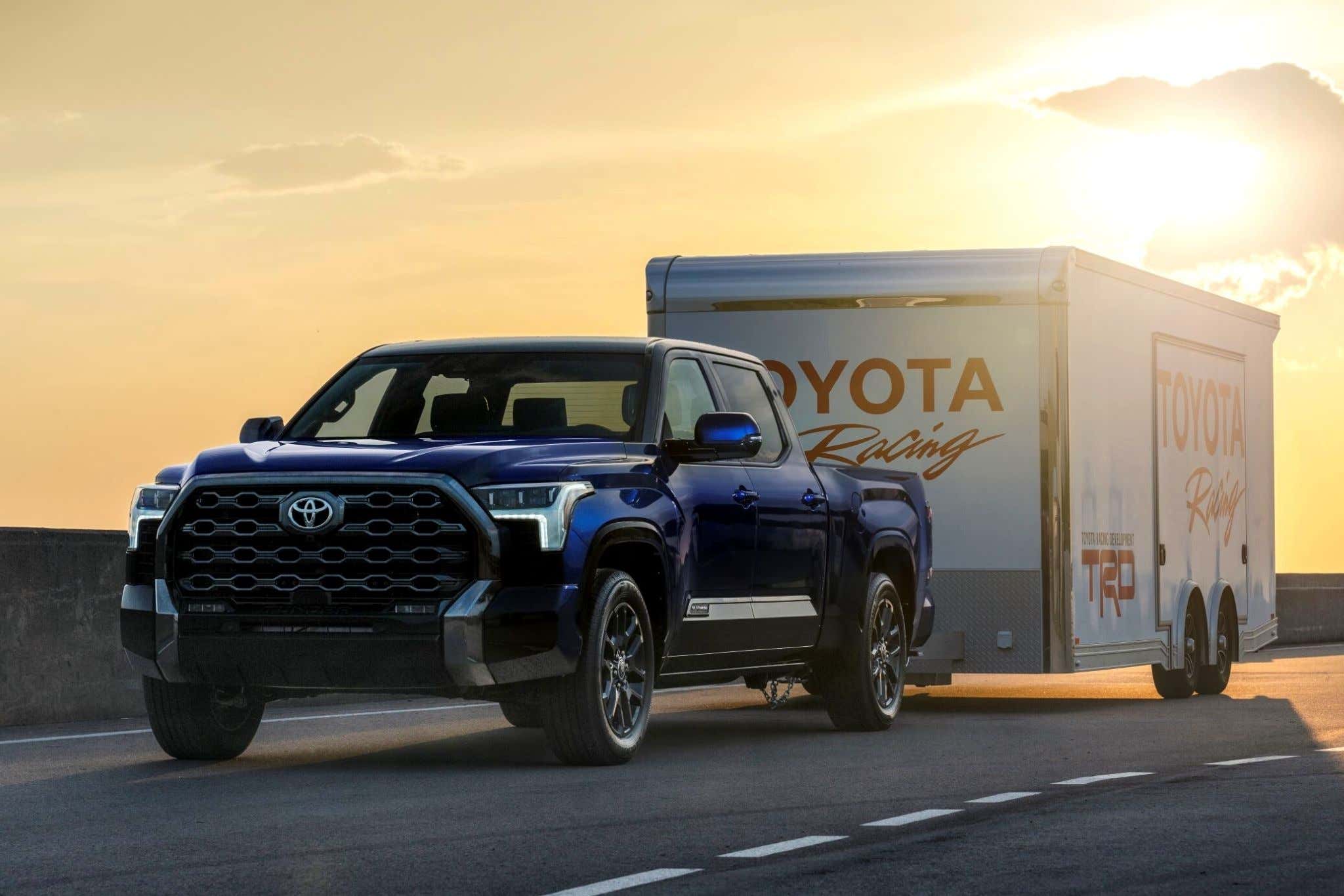 The market recognizes the Ram 1500, Chevy Silverado, and Ford F-150 as work trucks, and each of them is targeted at buyers who use their pickups for job-related tasks. Tundra chief engineer Mike Sweers says that Tundra buyers fall squarely into the active lifestyle category; they haul ATVs, UTVs, mountain bikes, motorcycles, and snowmobiles—not skid steers. At least, not usually. Toyota knows its customers don’t need to haul giant loads, and instead, they tend to want adequate towing capacity for their toys.

Sweers told The Drive that his goal was for the truck to not feel like a truck. He wanted it to follow Toyota’s QDR credo (quality, durability, and reliability) and challenged his team to “get the ride quality back.” That was one of the impetuses to introduce the new multi-link suspension. Leaf springs work great for ride control when the truck is loaded, but coils streamline the ride much better in tandem with a torsional bar to connect and stabilize.

Additionally, coil springs are better for off-roading when it comes to attributes like suspension articulation. There’s a reason the Ford Raptor picked ’em up for the 2021 model year, and the 702-horsepower Ram TRX has made use of a multi-link rear suspension from the start. Along with Fox internal-bypass shocks and a powerful hybrid drivetrain as standard, that makes the Tundra TRD Pro a strong choice in the four-wheeling segment. 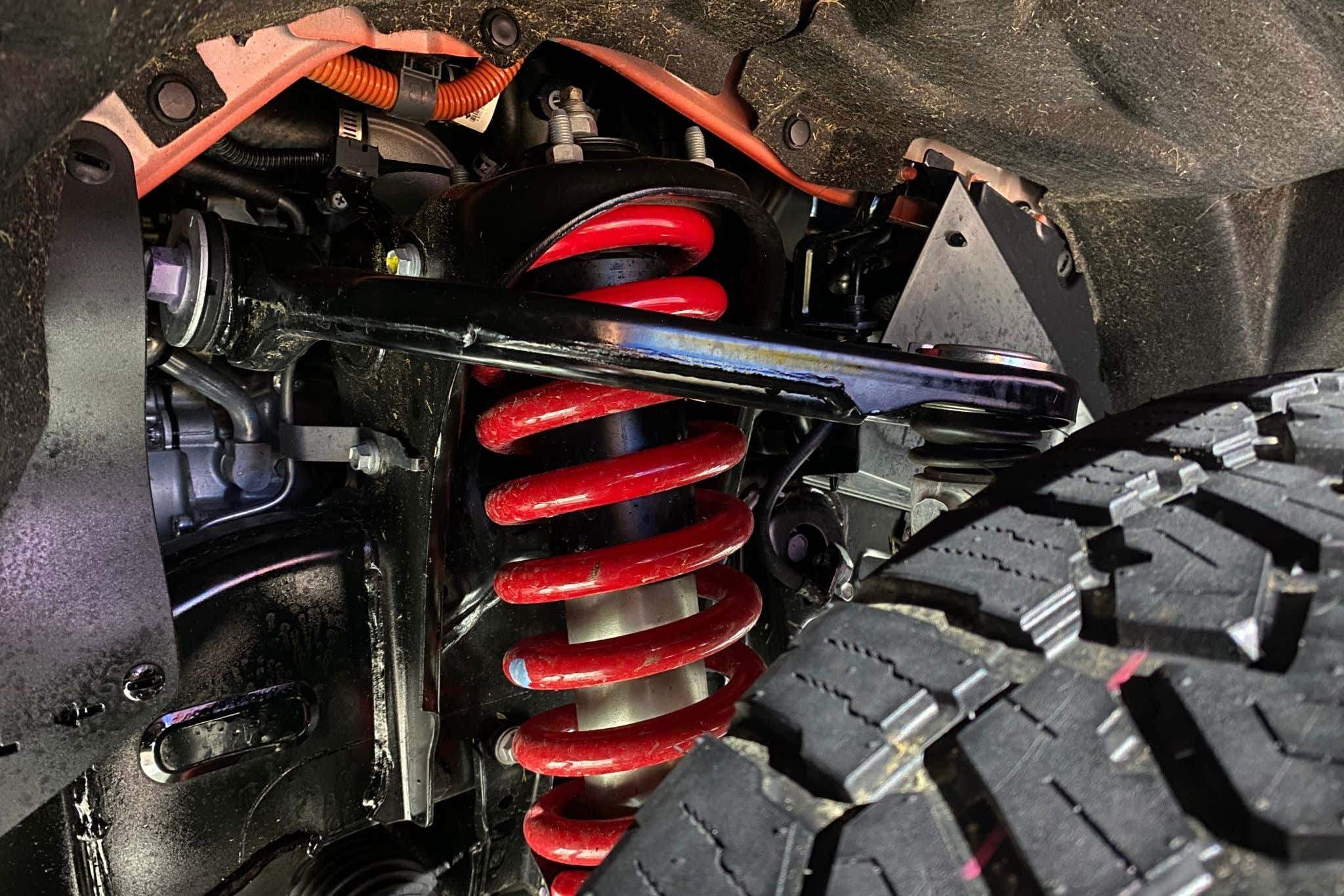 “When the customer gets in, it should ride and handle to meet their expectations, especially if they are a first-time truck owner,” Sweers told me. “It doesn’t have to ride like a truck.”

And there’s the keystone; where the Big Three trucks may rely on generational, habitual buyers, Toyota is looking at a new generation of drivers. Ultimately, Toyota still increased the Tundra’s towing figure by a full ton over the last model, and that’s a respectable feat in its own right. But Toyota’s not willing to trade ride quality or comfort for the sake of bigger towing numbers.

“The numbers will speak for themselves on the engine performance, but I really think it’s the creature comforts of the vehicle that make a difference,” Sweers concluded. “Our philosophy is a little bit different. I’m not looking to out-feature or out-gadget or out-gimmick. We build a Toyota truck and our goal is to make the next generation model better than the last.”