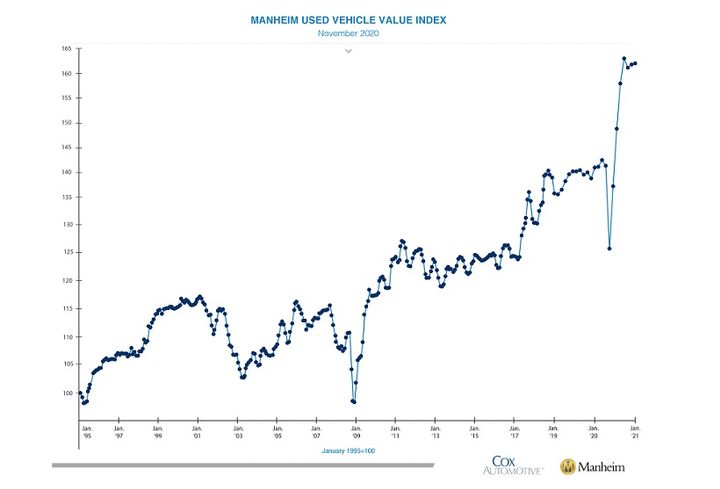 Wholesale used vehicle prices increased 0.07% month over month in November, bringing the Manheim Used Vehicle Value Index to 162 a 16.6% increase from a year ago, according to Cox Automotive.

Manheim Market Report (MMR) prices declined at a decelerating pace over the four full weeks of November, resulting in a 2% cumulative decline on the three-year-old Index, according to Manheim. In the last full week of November, the three-year-old index declined 0.3%, which was the smallest weekly decline in 11 weeks, and that decline was equal to the average decline for that week over the last seven years.

MMR retention, which is the average difference in price relative to current MMR, averaged 99.5% for the four full weeks of November.

Total used vehicle sales volume was down 10.3% year-over-year in November, according to Cox Automotive estimates. The November used seasonally adjusted annual rate (SAAR) is estimated at 37 million, down from 39.7 million last November and down compared to October’s 38 million rate.