Volkswagen is now taking orders for its new all-electric ID.Buzz Cargo van, which starts at just over £38,000 plus VAT. Based on the ID.Buzz electric MPV, the new commercial vehicle is available in a choice of two different trim levels, both of which come with a 77 kWh battery allowing a range of up to 256 miles.

The ID.Buzz Cargo is slightly shorter than the existing T6 Transporter van, but it has considerably less interior space. Where the T6 offers 5.8 cubic metres of carrying capacity in its most compact guise, the ID.Buzz Cargo’s load space provides 3.9 cubic metres.

That said, the electric van is more spacious than the VW Caddy Cargo, and Volkswagen says there’s space for two Euro pallets in the back. Those are separated from the three-seat cab by a steel bulkhead, while the ID.Buzz Cargo also gets a windowed tailgate, rather than side-hinged doors. 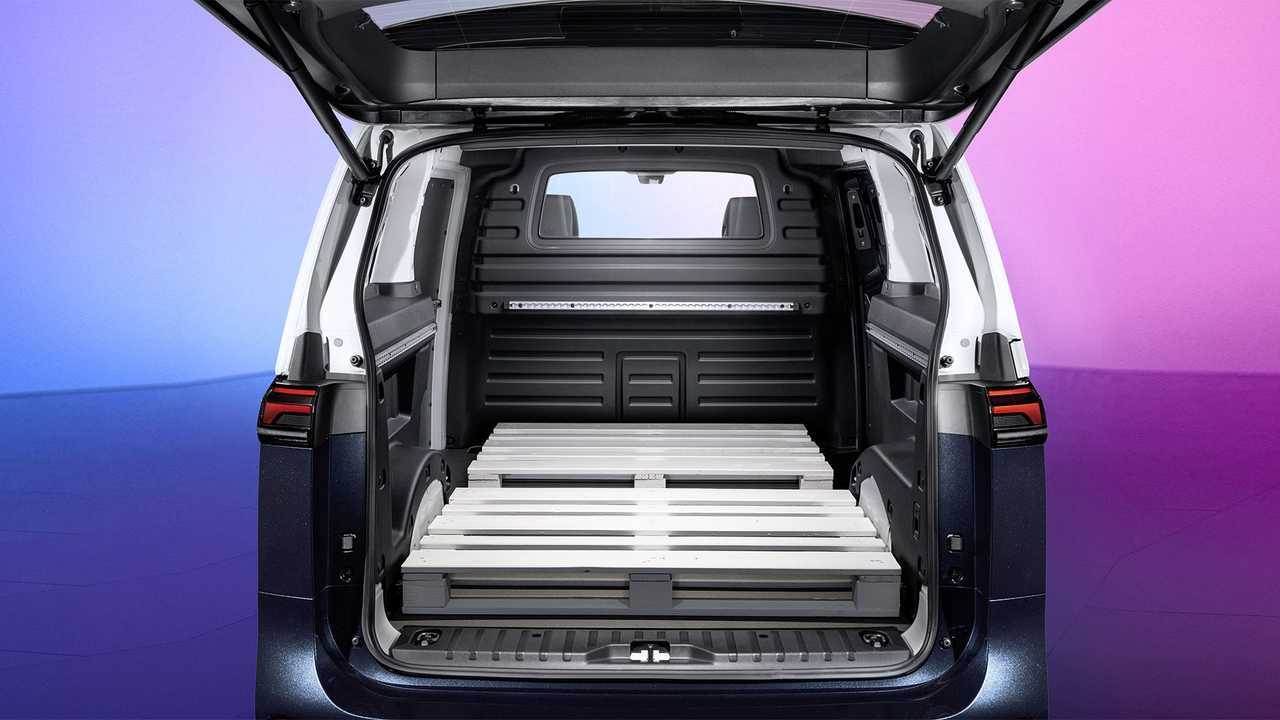 With just one body style on offer, choice is a little limited, but even the basic ID.Buzz Cargo comes with plenty of equipment. With prices starting at £38,125 plus VAT, the entry-level ID.Buzz Cargo Commerce comes with LED headlights, three front seats and a heated driver’s seat, as well as front and rear parking sensors, a 10-inch touchscreen and the Apple CarPlay and Android Auto smartphone integration systems.

Moving up to the Commerce Plus model takes the asking price to £42,375 plus VAT, but that pays for a rear-view camera, a leatherette-trimmed steering wheel and a heated steering wheel, plus satellite navigation and keyless entry. It also pays for a range of driver assistance systems, including lane-keeping assistance and adaptive cruise control, which maintains a safe distance to the vehicle in front.

Whichever version of the ID.Buzz Cargo is chosen, customers get exactly the same combination of 77 kWh battery and 201 bhp electric motor. That motor powers the rear wheels, ensuring the van, which is designed for use primarily around town, has an 11.1-metre turning circle. It also provides a maximum braked towing weight of up to 1,000 kg.

As seen in VW’s publicity images, customers will be able to specify their ID.Buzz Cargo in a range of retro, two-tone liveries, as well as more conventional single colours. Customers also have the chance to choose whether or not to select a second sliding side door on the side of the vehicle.