James Bond films could always be relied upon to deliver some memorable car moments, whether they involve Aston Martins or a fleeting glimpse of something far rarer. The latest film, which opens October 8, promises to be memorable for a generous number of reasons, and due to the fact that it’s been ready to go since The Before Times, we’ve already caught glimpses of all the set pieces involving cars.

But the film’s first trailer also showed a glimpse of something we didn’t expect to see in a Bond film: a fourth-generation Maserati Quattroporte that tries to run the MI6 agent off a narrow stone bridge in one of the trailers. It’s safe to say this could be one of the rarer cars in the film, even compared to the Aston Martin V8 which also appears in the film.

Whether any of these vehicles actually survived the filming is a different matter.

If you’ve never seen this particular generation of the Quattroporte, there is a good reason for that. The rear-wheel drive sedan, produced from 1994 till 2001, was never offered in North America, and was built in numbers that make its successor seem as common as a Toyota Camry. (Incidentally, you could also buy its successor for about the price of a used Camry at the moment as well). 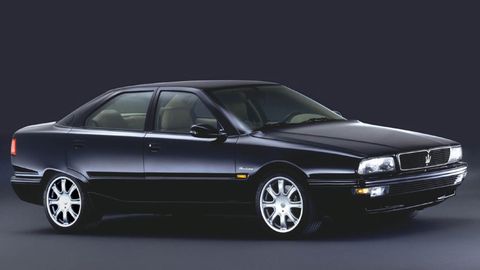 The fourth-gen Quattroporte was created in what was a very different time for the automaker, and in that sense it was really among the very last developments of the Biturbo platform that produced a surprisingly vast number of models over a short span of time, as Maserati embarked on an attempt to take on the Germans at their own game. Styled by Marcello Gandini, which you can probably guess by the lines of the Countach-style rear wheel arches, the fourth-gen Quattroporte adopted an exterior softer than those sported by other models of the late Biturbo era including the Karif, Ghibli, and Shamal.

Being locked into that platform also meant that the sedan could not be particularly large, to compete with the 7-Series or the S-Class, but opted for the footprint of an E-Class in order to still be able to offer performance driving.

Speaking of performance driving, the fourth-gen Quattroporte became known (to the extent that it was known at all) for offering a 3.2-liter V8 during its run. But that’s not the engine with which it debuted. Instead, the Quattroporte had a choice of slightly more modest 2.0- and 2.8-liter V6 engines at launch, but even that 2.0-liter still produced 287 hp. 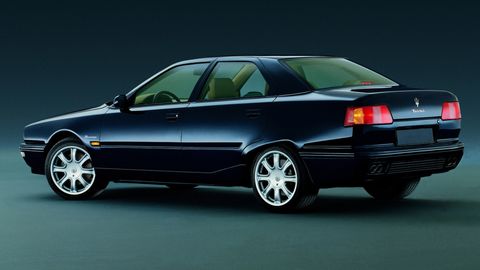 Six-speed manual transmissions were the popular choice, since this was nominally a sports sedan, but four-speed automatics from ZF were also on the menu for those who wanted to use the Quattroporte as an alternative to some German luxury sedan.

The twin-turbocharged V8 that joined the menu a couple of years into production was borrowed from the earlier Shamal, and served up 330 hp at the time.

About halfway though its model run, Ferrari took a controlling stake in Maserati, introducing a number of changes to its model lineup. Ferrari thoroughly reengineered the sedan, replacing about half of all of its parts in what was a fairly major effort. The reengineered sedan adopted the Quattroporte Evoluzione badge, with the updated model first appearing at the Geneva motor show in 1998. 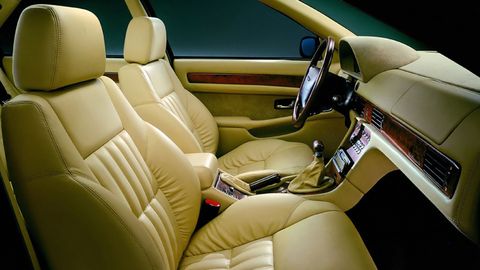 Even with in updated form, the Quattroporte did not enjoy a vast production run, with just around 2400 units having left the factory by the time production wrapped in 2001. The model remains a rare sight even on its home continent, never quite having broken through into the mainstream, with most remaining examples now residing in collector garages.

With the earliest examples assembled in 1994 now being over the age of 25, the Quattroporte is eligible for importation to the US. And we have a feeling that we’ll eventually see one of these stateside, since their values are quite reasonable, even with well-kept examples with low kilometers trading around in the $15,000 to $40,000 range.

Which generation of the Quattroporte do you think has aged the best? Let us know in the comments below.