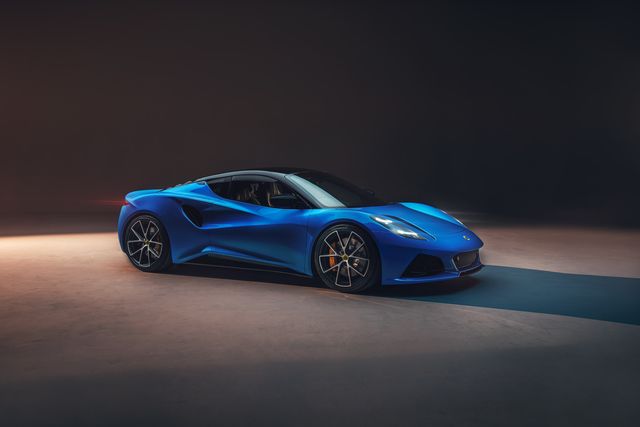 Say cheerio to internal combustion at Lotus with the last Lotus that will ever be powered by gasoline: the Emira mid-engine two-seater. The Emira comes to showrooms next spring but will make its on-track public debut at the Goodwood Festival of Speed later this week. It’s the end of the world as we know it, certainly the end of Lotus as we know it, but the world is changing, and electric motors have tons of torque. So maybe it’ll all be okay.

The whole thing is part of Lotus’ grand scheme, Vision80, a “multi-faceted and long-term business transformation strategy that brings together a wide range of projects and activities to revolutionize Group Lotus.”

“The purpose is to look 10 years into the future, to when Lotus reaches 80, and define what it should look like at that point,” said managing director Matt Windle. “Vision80 means we can look far enough ahead to see beyond the everyday operational issues and start to work on where we want to be as a business.” 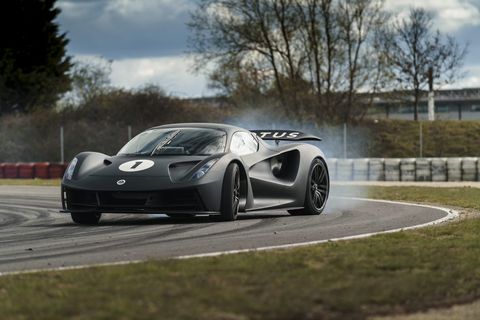 The actual cars themselves are just one of three pillars of the whole Vision80 thing, a plan named after the coming 80thanniversary of the company in 2028. The three pillars of Vision80 are: delivering results every year, revolutionizing the product range, and transforming the entire business. We’ve heard something like this before. Anybody remember the plan way back when in 2007-2009 when Danny Bahar was the ceo and he claimed Lotus would make everything short of submarines and flying cars? That plan kind of hiccuped to a halt. It was just the latest of several troubled periods in Lotus history since Colin Chapman founded the company in 1952. But this time will be different, really!

For our purposes here today, let’s look at the plan as it applies to the product. Lotus says it will “revolutionize the product range.”

The Chinese maker Geely owns Lotus now, one of a long line of owner/saviours over those 70-plus years so far. Geely also owns Lynk, Polestar, Proton and Volvo. Volvo has already announced ambitious electrification plans, and Geely has said there will be technology sharing among the companies. But despite rumors it would have a hybrid drivetrain, the Emira will not use any electrification, shared or otherwise, to move down the road. 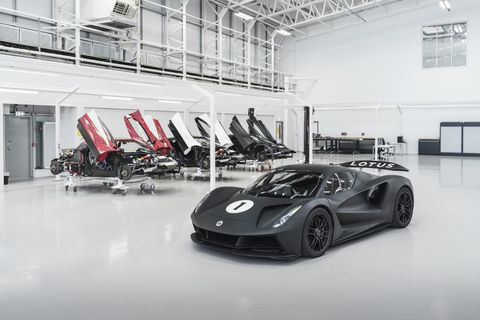 The powertrain available at launch will be the same “Lotus-honed” supercharged Toyota 3.5-liter V6 making what might be 400 hp (it’s unclear in the spec sheet Lotus provided, but the same engine in the Evora was listed at 416 hp at 7,000 rpm and 317 lb ft of torque). We liked the engine in the Evora. In the Emira Lotus says there will be three transmissions available: manual, automatic and Dual Clutch Transmission or DCT. Zero to 62 mph will come up in 4.5 seconds and top speed is listed at 180 mph.

Come next summer the Emira will be available with an AMG-sourced 2.0-liter turbo four. It’s not clear what the output of that engine will be but Lotus says the Emira will have a range of from 360 to 400 hp, so maybe the 2.0 will make 360 hp. There is a 2.0-liter AMG turbo four that makes 416 hp in cars like the A45, CLA45 and GLA45, so maybe the four will make that in the Emira, too. The 2.o will come mated to AMG’s DCT transmission.

All that power will ride on a new platform that traces its roots to the Evora. It’s a lightweight bonded aluminum chassis called the Lotus Sports Car Architecture. It will have two chassis settings: Tour for “everyday road use,” and “Sports,” which comes with the optional Lotus Drivers Pack and “provides a slightly stiffer suspension set-up for enhanced dynamic capability and feel.”

All that will be wrapped in a sensuous body that takes its inspiration from the Evija hypercar. The shape is aerodynamically efficient, too, creating downforce without the use of active aero.

Inside will be a 10.25-inch infotainment screen and a 12.3-inch TFT driver’s display. There are even two cupholders.

U.S. pricing has not been determined yet, but pricing in the the U.K works out to $83,352, according to today’s conversion rates.

How will it drive? We’ll know a little bit about that come Thursday when it makes its first public run up the Duke’s driveway at Goodwood, but we’ll likely have to wait till closer to the car’s in-showroom debut this spring to really know how it feels. Until then you can visit the Lotus Digital Visualizer at lotuscars.com and design your own. After that, get ready for an electric future, both here at Lotus and in almost every other carmaker in the world.

What do you think of the Lotus plan to drop the internal combustion engine? Log in to the comments and let us know.