The Tesla Roadster is easily one of the most talked about upcoming cars right now, and probably will be even after its production debut in what we hope is in 2022. Jonathan, the presenter, and creator of the YouTube channel Cleanerwatt is stoked about the Roadster and outlines what he thinks are the five next-level features of the electric supercar.

2) Unconventional Single-Blade Windshield Wiper – This never-before-seen wiper system is supposed to wipe the windshield much better than conventional windshield wipers. Tesla also claims it will increase driving range by using less electricity, and by providing better aerodynamics by hiding under the hood when not in use. We have full details of Roadster’s wiper system here. 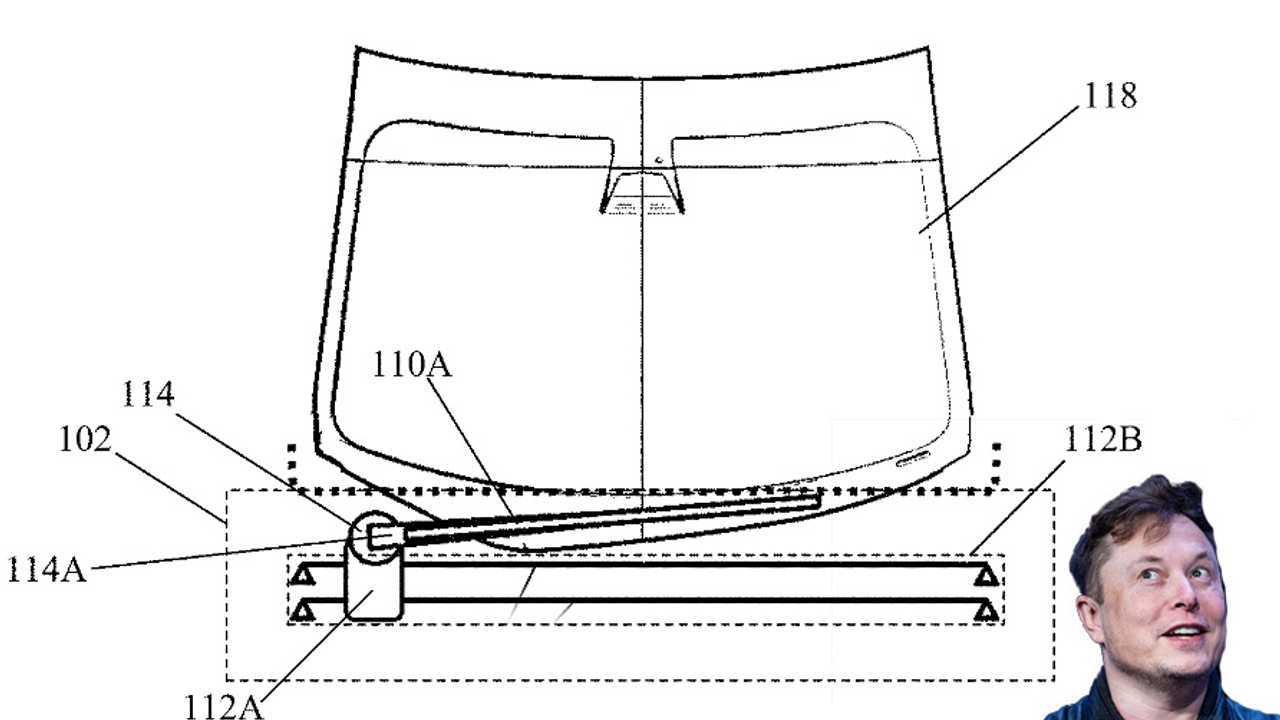 3) Aerodynamics – Tesla hasn’t released the drag coefficient for the Roadster yet, but the refreshed Tesla Model S now has one of .208 Cd, down from the previous .23 Cd. The Tesla Model 3 and Model Y also have a .23 Cd. The Porsche Taycan impresses with its .22 Cd. However, one EV beats all those numbers with a .19 Cd: The GM EV1 from the 90s. Let’s see if the Roadster can get that low. 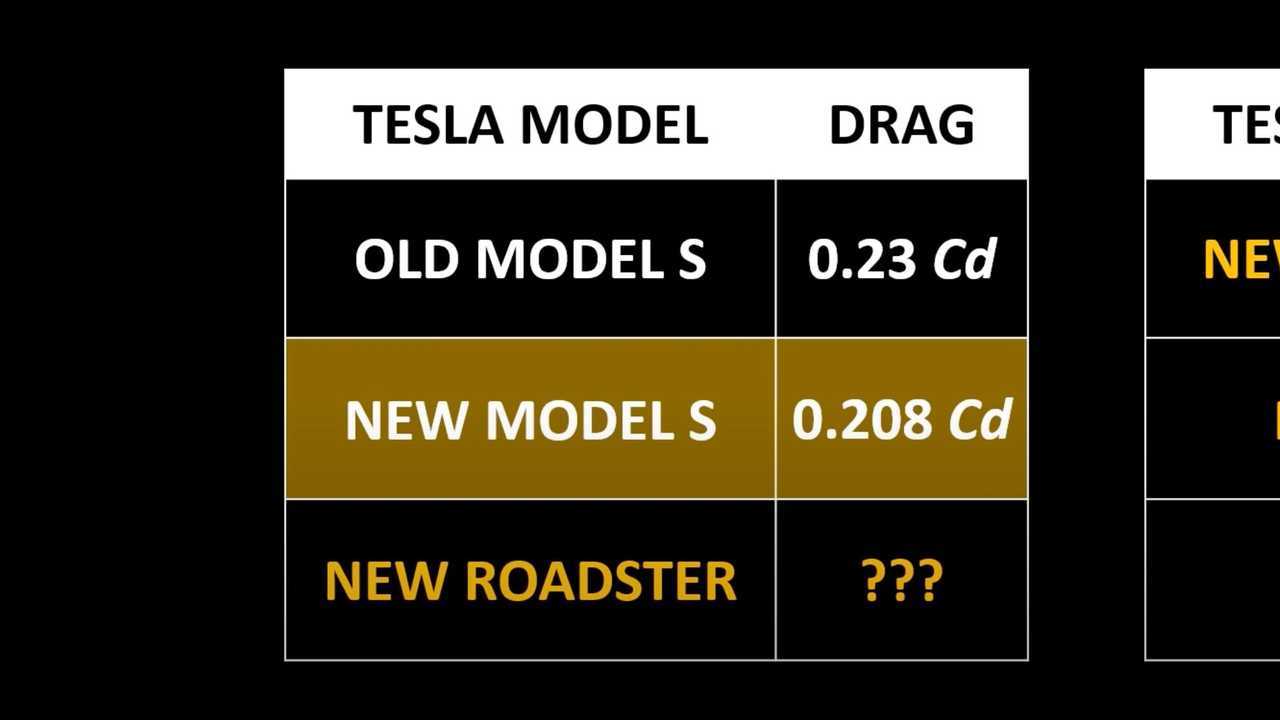 4) Performance – Tesla states the Roadster will hit 60 mph in under 1.9 seconds, and more importantly, can hit the quarter-mile in just 8.8 seconds. As fast as that sounds, it will likely be faster because those numbers are about the same as the upcoming Model S Plaid+ model. Not to mention, if the SpaceX package does happen, expect even faster numbers. The Roadster’s top speed of 250+ mph is pretty outrageous, but it’s already been eclipsed by the Bugatti Chiron’s 300+ mph world record run. 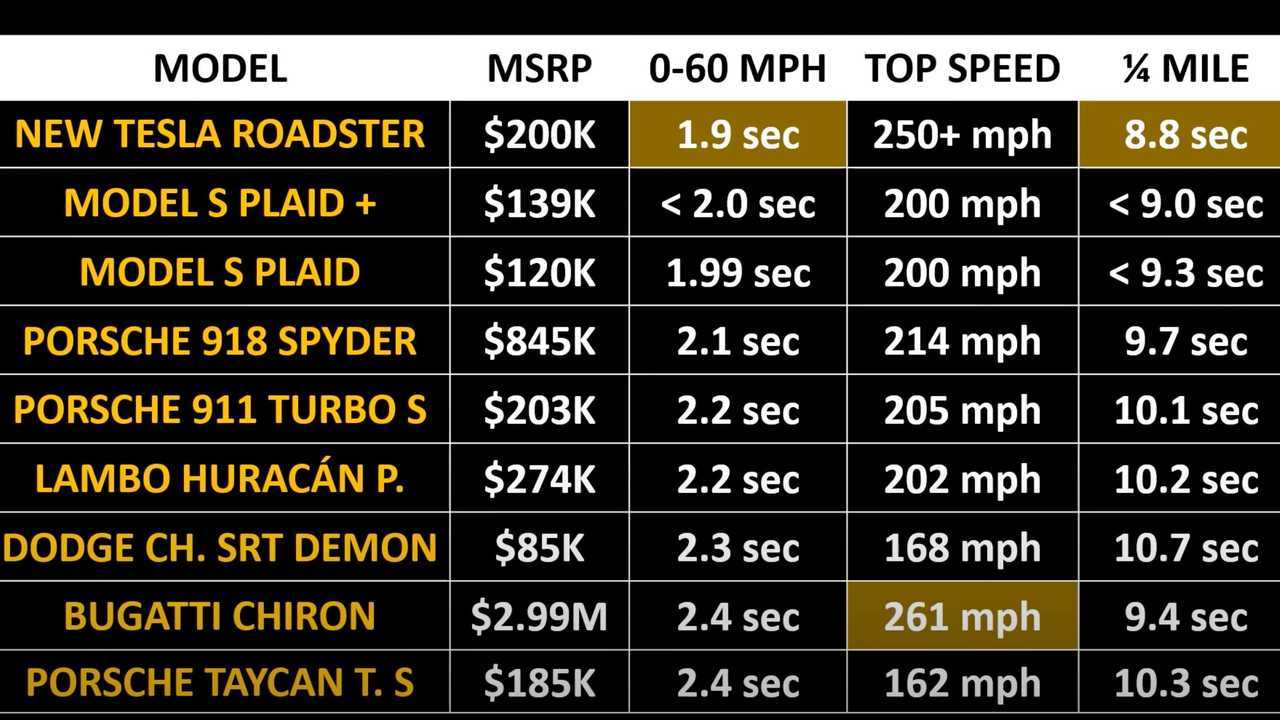 5) Range – Tesla claims the Roadster will have a driving range of 620 miles. That’s currently more than any other EV today. It makes sense considering its battery pack will be huge: 200 kWh. 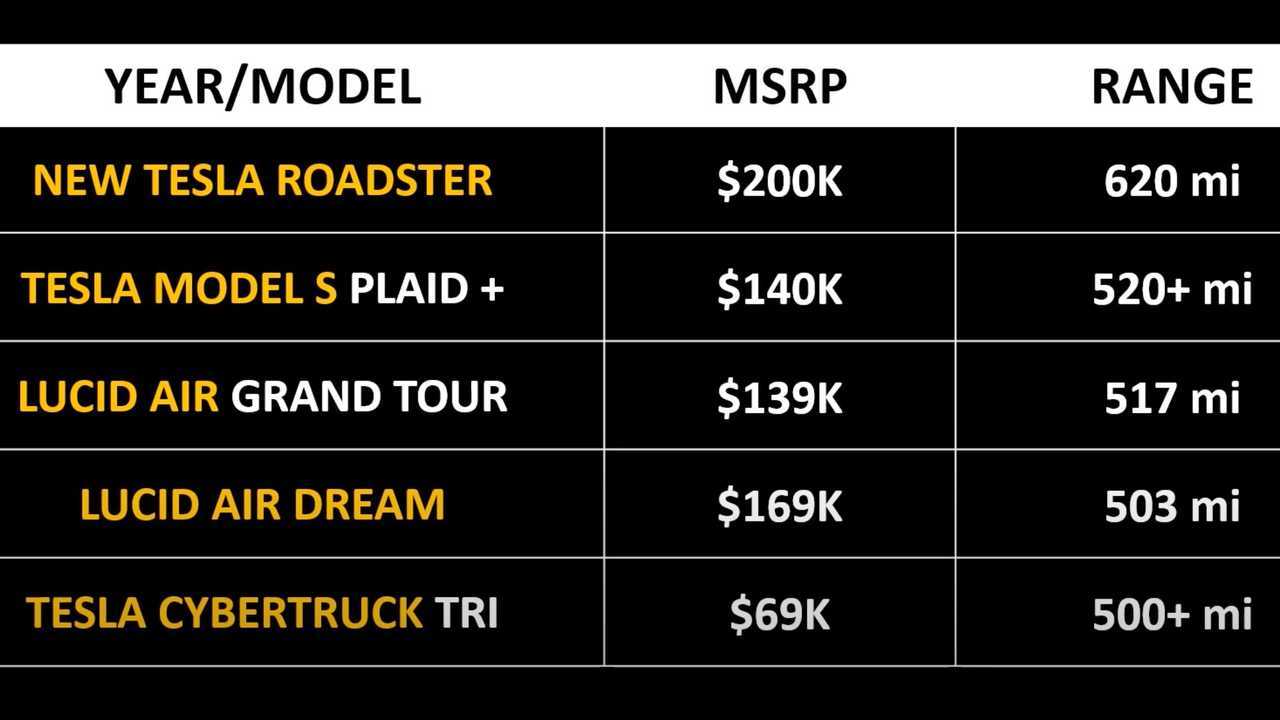 The presenter of the video believes Tesla Roadster production will happen next year. He is basing this off the below tweet and off the belief that it will use 4680 batteries which might be in volume production by 2022.