The Insurance Institute for Highway Safety’s first priority is right there in its name; if it isn’t testing cars and exploiting their safety weaknesses, it’s not doing the job. That’s why IIHS officials developed a new, tougher side crash test to analyze the performance of small SUVs in accident situations. Of the 20 crossovers tested, only one—the 2021 Mazda CX-5—scored a good rating. That’s pretty much what they expected, which is why the test was created.

Finally, two modern crossovers were awarded poor ratings: the Mitsubishi Eclipse Cross and the Honda HR-V. The latter received only four good ratings in the 10 areas that were tested—we’re talking about driver and rear passenger categories like chest, neck, and head protection. Around the 1:40 mark in the video below, you can see that the HR-V’s B-pillar actually broke away at the bottom, allowing the crash sled to push halfway into the passenger compartment:

“We developed this new test because we suspected there was room for more progress, and these results confirm that,” IIHS President David Harkey explained in a release. “The good rating for the CX-5 shows that robust protection in a more severe side crash is achievable.”

Now, this new test involves a barrier that weighs 4,180 pounds, or about the same as a modern midsize SUV, hitting the subject at no less than 37 miles per hour. This apparently results in 82 percent more energy than the old test. When that version was introduced in 2003, only about one in five models received a good rating, so automakers have clearly shown their ability to improve in the past. Let’s hope for the same here after seeing sights like this. 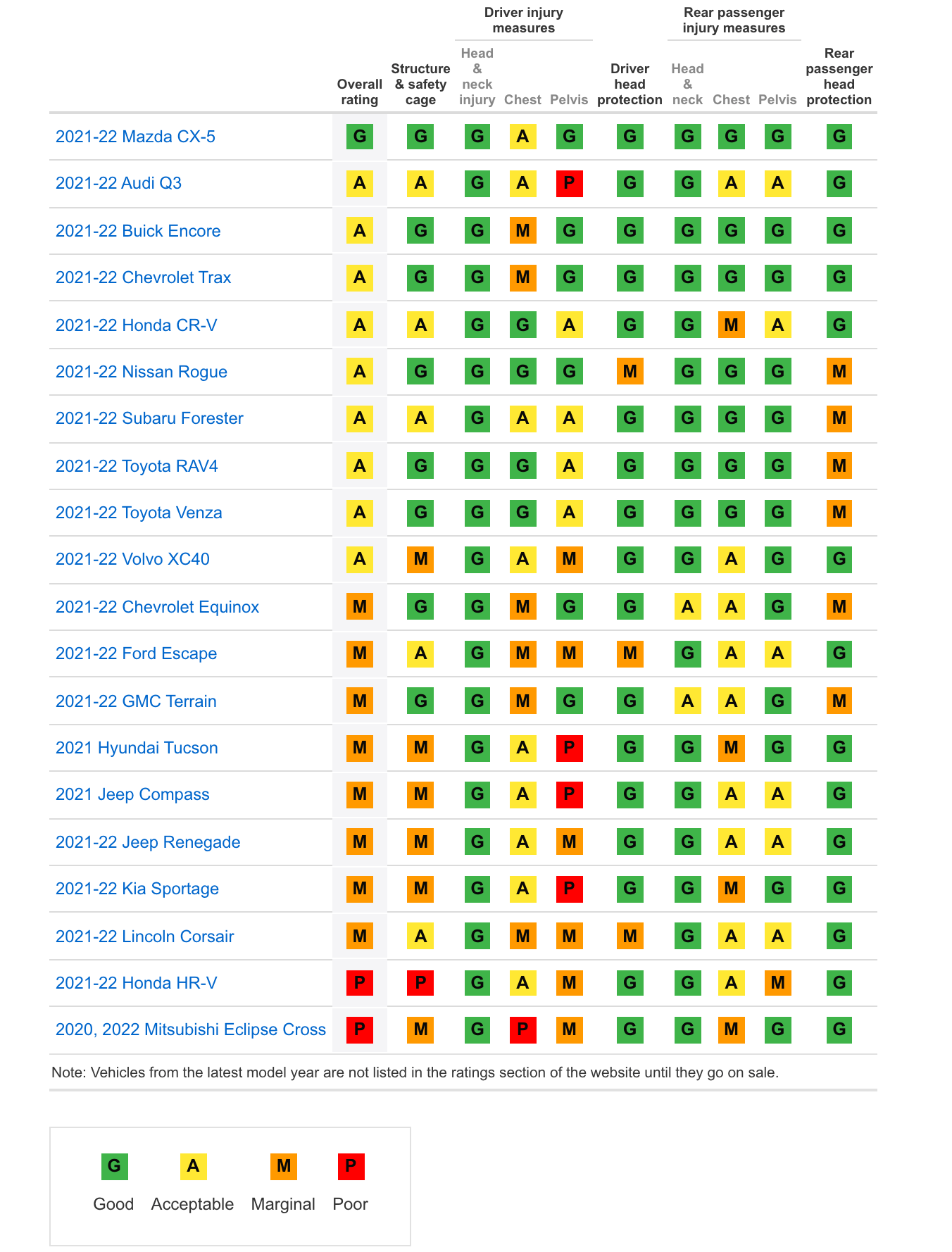 Got a tip or question for the author? Contact them directly: [email protected]