The Tesla Cybertruck, unveiled in 2019 and already delayed multiple times, might not be introduced in 2022.

The vehicle was expected to enter the market in 2021, but then it was delayed to 2022. Recently, the year “2022” has been removed from the company’s website too – suggesting that it will not happen in 2022.

Meanwhile, the Ford F-150 Lightning appeared at Tesla’s former California Headquarters, ahead of its launch in Spring 2022.

According to Reuters‘ undisclosed sources, the Tesla Cybertruck will enter initial production in early 2023 (by the end of Q1 2023).

The reason for that is, reportedly, changes applied to the original concept, necessary to remain competitive with the other electric plug-in pickups.

“The person said the delay comes as Tesla is changing features and functions of the electric pickup to make a compelling product as competition heats up in the segment.”

The initial production before the end of Q1 2023 means also that the ramp-up will be in 2023. It will be a while after that until we see higher volume then.

We assume that the rumor is believable. Tesla probably is preparing its Q4 2021 financial report, which will include new info, which might result in leaks such as this.

The Tesla Cybertruck most likely will be produced at the Tesla Giga Austin plant in Texas (currently under construction).

The production versions of the Tesla Cybertruck

The specs for the final version of the Tesla Cybertruck are unknown, but a lot of reports indicate that it might be substantially different than the initial one (see below).

It’s expected that the entry-level, single motor version will be ditched entirely, while the version with three motors will be replaced with a quad motor type (one motor per wheel, like in the Rivian R1T).

As far as we know, the Tesla Cybertruck requires a high volume of Tesla’s new 4680-type cylindrical cells and structural battery packs that would allow achieving the ambitious range of more than 500 miles (over 805 km).

A new Tesla Cybertruck prototype was recently seen on the test track at the Tesla Factory in Fremont, California. Elon Musk said at the time that the single-blade windshield wiper (which “troubles” him most) will not make it into production. 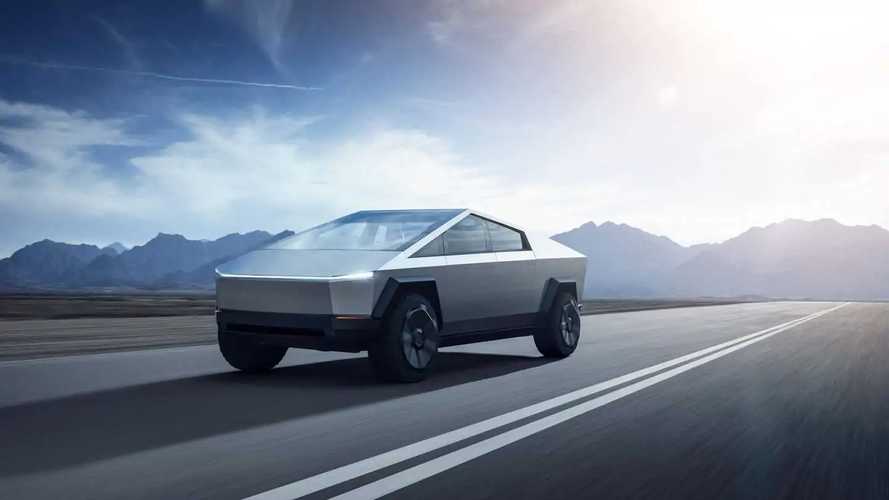