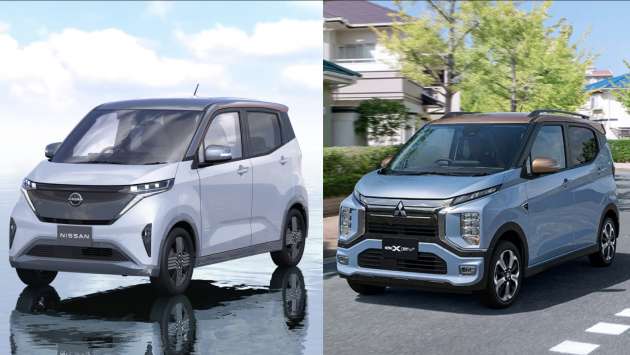 The Nissan Sakura and its close cousin, the Mitsubishi eK X, have been named the 2022/23 Japan Car of the Year (JCOTY). Both the fully-electric Kei cars also went home with the K Car of the Year award, a vehicle category in Japan for microcars.

The Mitsubishi eK X was developed and manufactured via the Nissan Mitsubishi Kei Vehicle (NMKV) joint venture, featuring the same powertrain as the Sakura, albeit with different styling. That’s not all for Nissan, as the company also bagged the Technology Car of the Year award with its X-Trail SUV.

“With the Sakura and eK X electric Kei cars, the hurdles of EV ownership at a realistic price have been lowered, increasing the adoption of battery EVs in Japan. In terms of driving performance, the handling and performance surpassed conventional Kei cars,” said the JCOTY committee.

“Both the Kei cars are also equipped with advanced driver assistance systems, with driving support functions comparable to luxury cars,” they added.

The fully-electric Sakura and eK X are driven by a front-mounted electric motor that’s powered by a 20 kWh, 350-volt lithium-ion battery mounted on the underfloor. Output is rated at 64 PS and 195 Nm of torque with a top speed of just 130 km/h. On a full charge, both cars can return up to 180 km of electric range based on the WLTC standard.

With a 30 kW DC charger, it takes up to 40 minutes to charge them up to 80% state of charge (SoC). The Kei car’s battery can also be used as a mobile power source during emergency situations to provide a day’s worth of electricity to an average Japanese household.

Winners of the other categories are as follows: