The 718 Cayman GT4 is a highly competent vehicle, but as it turns out, the platform is capable of even more. Enter the Porsche 718 Cayman GT4 RS. In the development of this new beast, Porsche did what every good German automaker does, and took it to the Nürburgring. Results were impressive, as you see in the official lap video.

With Porsche development driver Jörg Bergmeister behind the wheel, the GT4 RS laid down a 7:09.3 laptime around the 20.832-kilometer Nürburgring-Nordschleife circuit, while posting a 7:04.511 lap on the 20.6 km layout. The latter is a full 23.6 seconds quicker than the existing Cayman GT4, making it clear that the RS is no minor upgrade. The laptimes were set with a production model vehicle, though equipped with a racing seat for driver safety. A set of sticky Michelin Pilot Sport Cup 2 R tires were used, which are an available option for the car. 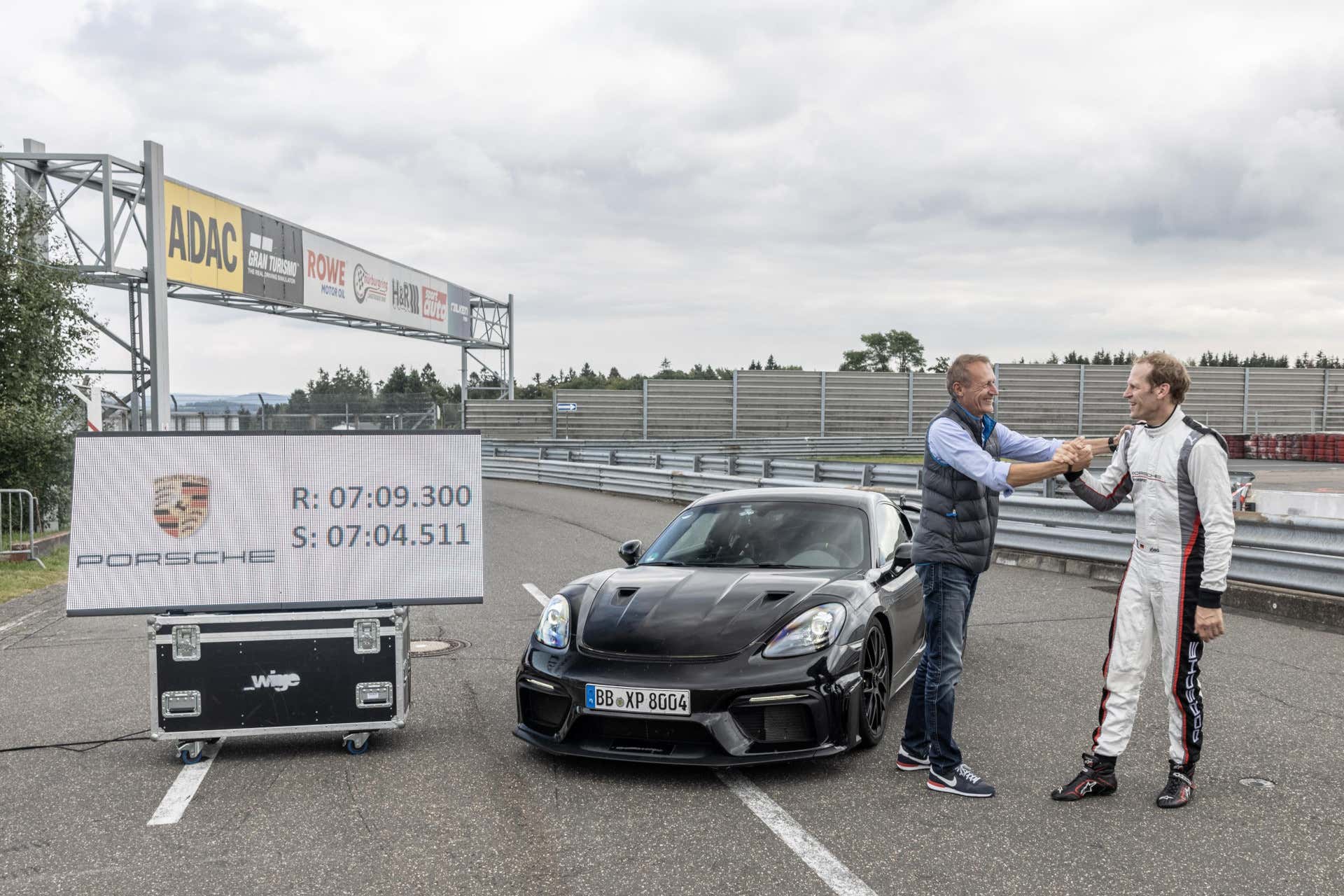 It’s a rapid laptime for a car that isn’t even top of the Porsche range. It compares well with the 6:43.3 second time set on the 20.8 km course by the 911 GT2. It should also let owners walk away from the Tesla Model S Plaid on a single lap, let alone during sustained running. Perhaps most notably, though, it bests the time set by the old 911 GT3, which lapped the course in 7:12.7 back in 2017.

“During development, we gave the 718 Cayman GT4 RS everything that characterises a genuine RS: lightweight construction, more downforce, more power and, of course, an even higher level of responsiveness and feedback to driver inputs,” said Andreas Preuninger, who holds the title of Director GT Model Line at Porsche. Preuninger also noted the value of testing at the Nürburgring, adding that “The fantastic lap time of the Nordschleife is impressive proof of how clearly noticeable these improvements in driving dynamics are.” 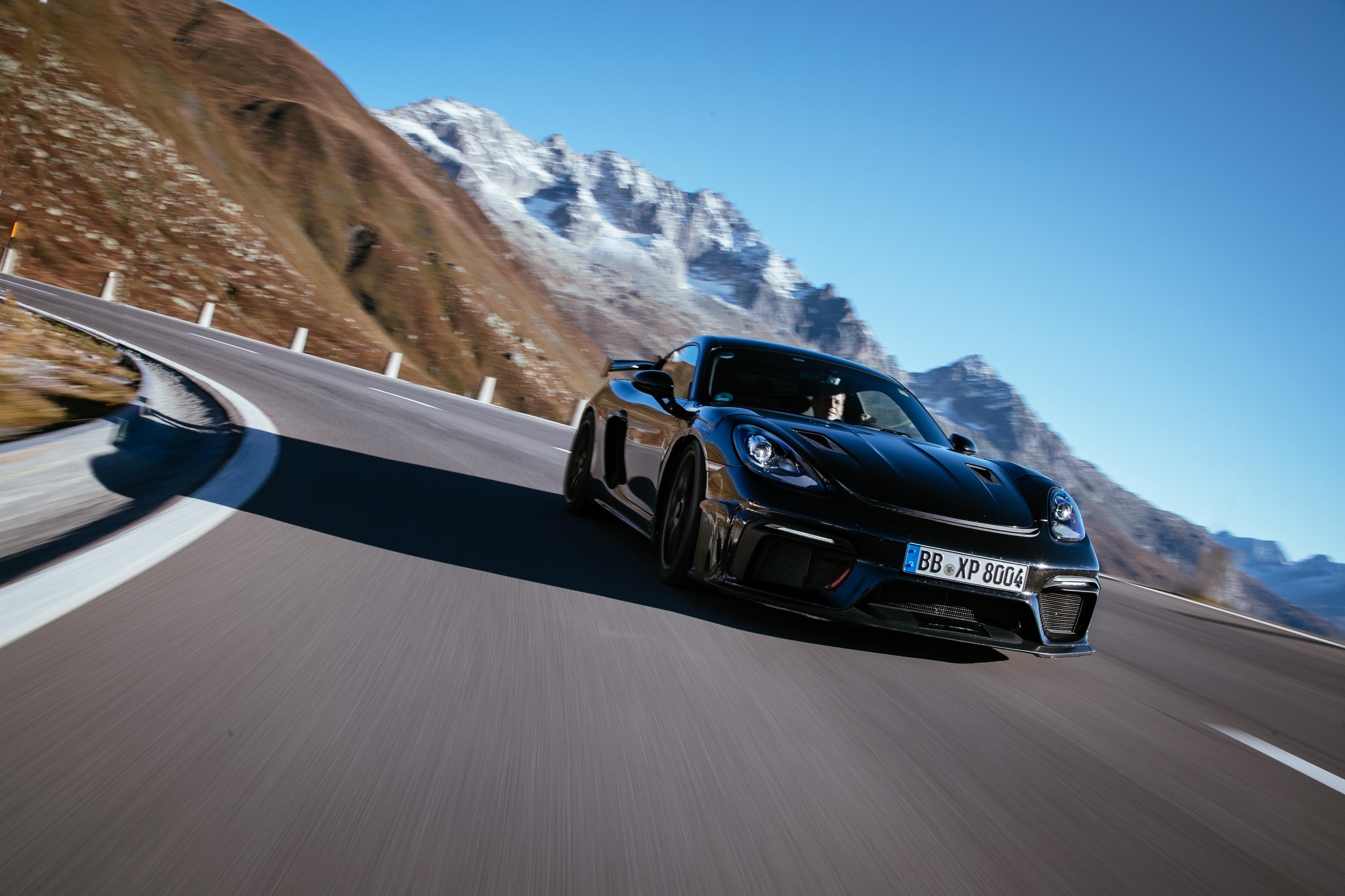 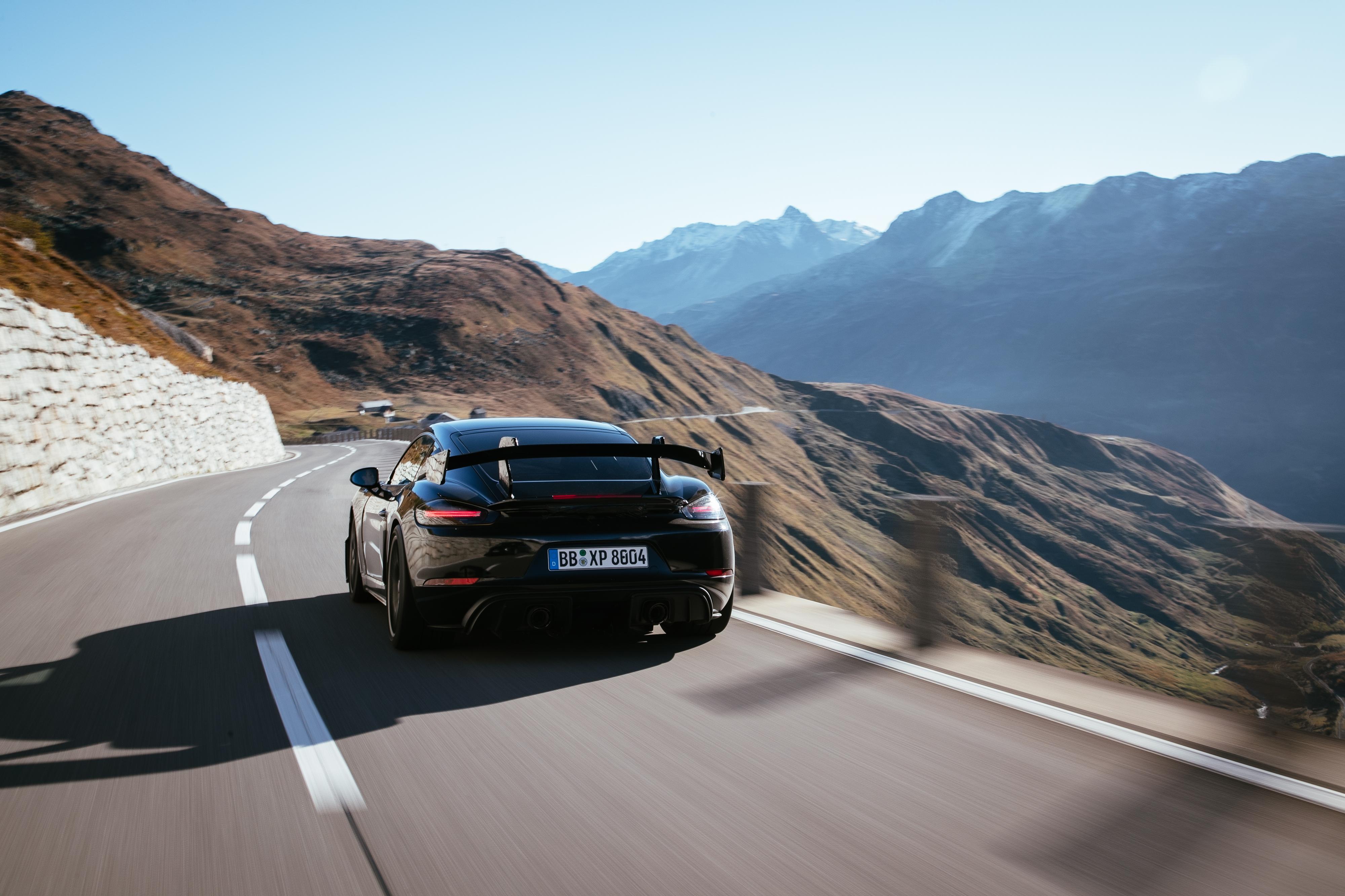 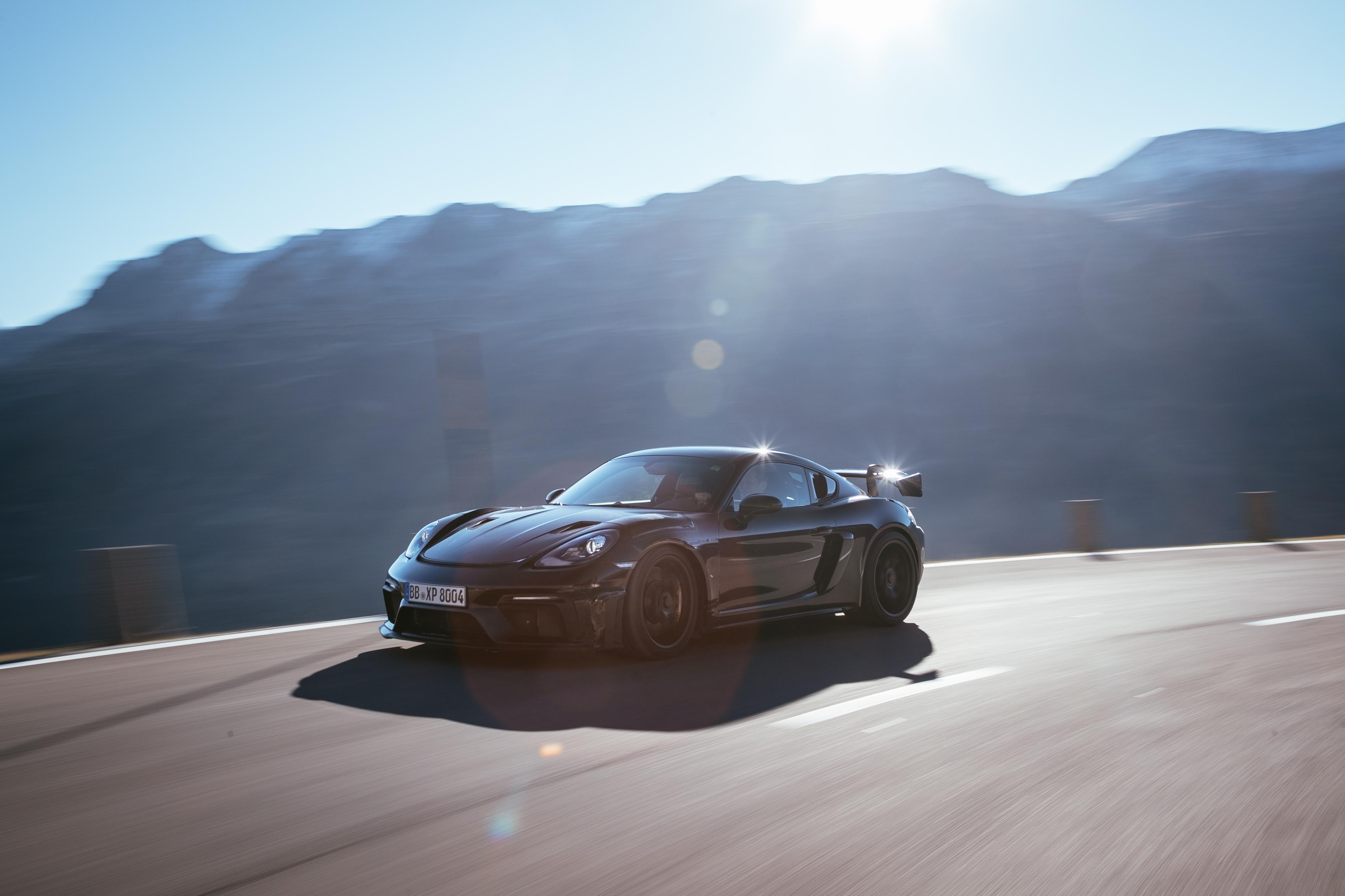 Porsche hasn’t yet revealed the exact specifications of the GT4 RS. However, based on Preuninger’s statements, expect more than the 414 horsepower and 317 lb-ft of torque of the GT4, and a curb weight a little less than 3295 lbs. Speculation in the car world is rife, with expectations the GT4 RS could boast up to 500 horsepower. These figures are backed up by little hard information, however, so should be taken with a grain of salt. Meanwhile, the obvious aero mods on the GT4 RS should help with sticking the car to the track in high-speed cornering.

Bergmeister refers to the car as an “uncompromising driving machine,” noting that “it feels as nimble as a go-kart on mountain roads, yet is impressively stable and well-balanced on the racetrack.” We’d certainly love to take a go-kart out on the Tail of the Dragon, but it likely wouldn’t be anywhere as near quick as the GT4 RS. Bergmeister’s opinion carries some weight, but not only due to his fast laptimes. As a development driver, he spent over 500 hours behind the wheel during the car’s development.

The GT4 RS will be fully revealed at its world premier in November, but for now, marvel at the hot tour of Germany’s most famous racing circuit. The first Cayman to bear the RS moniker seems like it will live up to the badge.