This purple 2014 Mitsubishi Mirage has a heart of gold.

When it comes to glamorous cars, the Mitsubishi Mirage is perhaps the last thing that comes to mind. With a starting price of $13,995 it’s currently among the cheapest new cars you can buy in America, but the purple Mirage featured here isn’t new. It’s a 2014 model, purchased new by Janice and Jerry Huot in Minnesota who then drove it pretty much nonstop for six years. In that time, the little hatch called Purple Won racked up 414,000 miles.

That kind of mileage is impressive for any car, never mind a budget runabout like the Mitsu. 2014 was the first year for the reborn Mirage in the US, and with a 1.2-liter three-cylinder engine making a mere 74 horsepower, it wasn’t on anyone’s list of must-have hatchbacks. Considering Mitsubishi once had powerhouse machines like the turbo Eclipse and the legendary Lancer Evo in its stable – not to mention a very cool turbocharged Mirage back in the day – the reborn version was disappointing in the eyes of many. 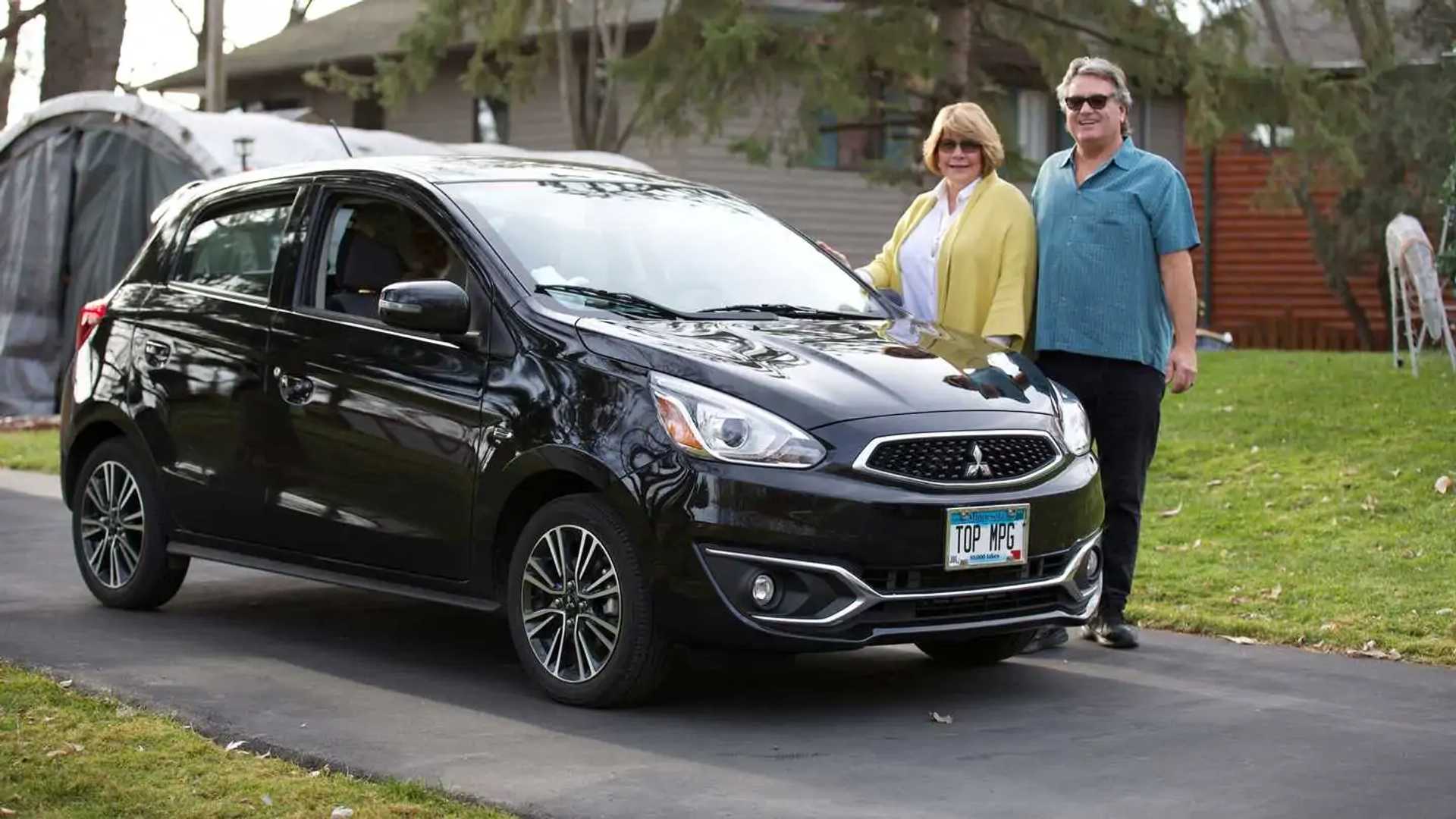 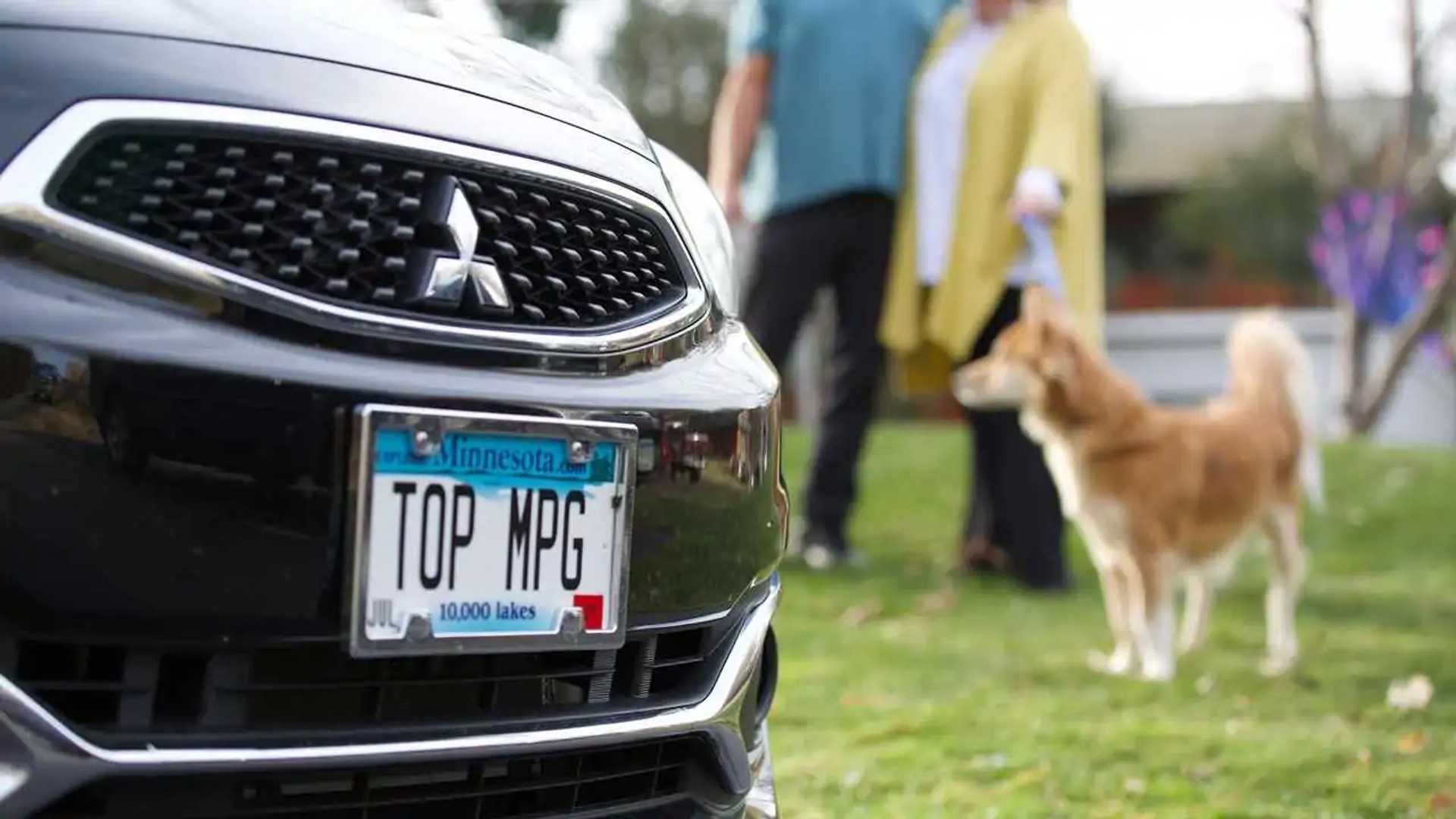 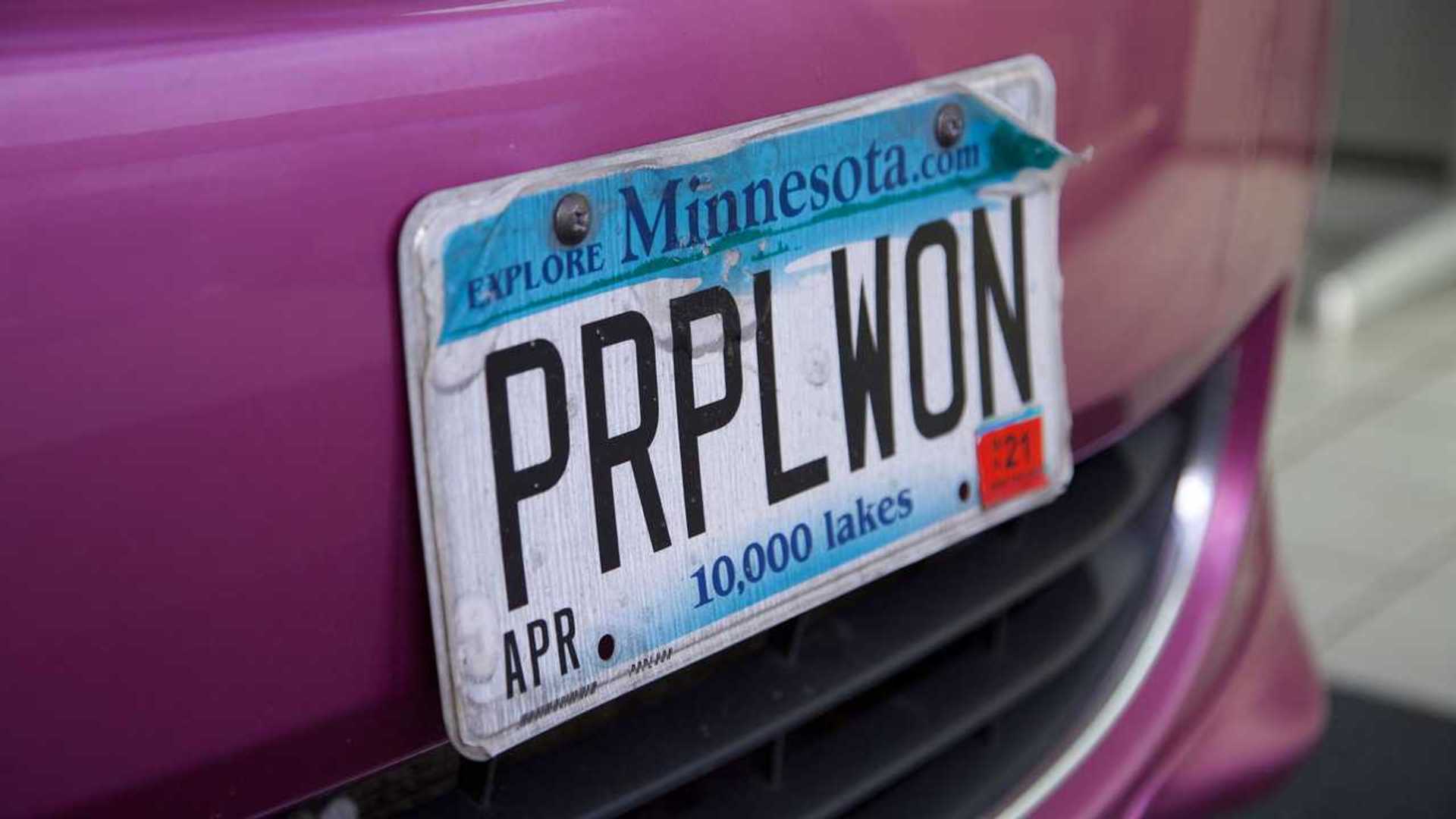 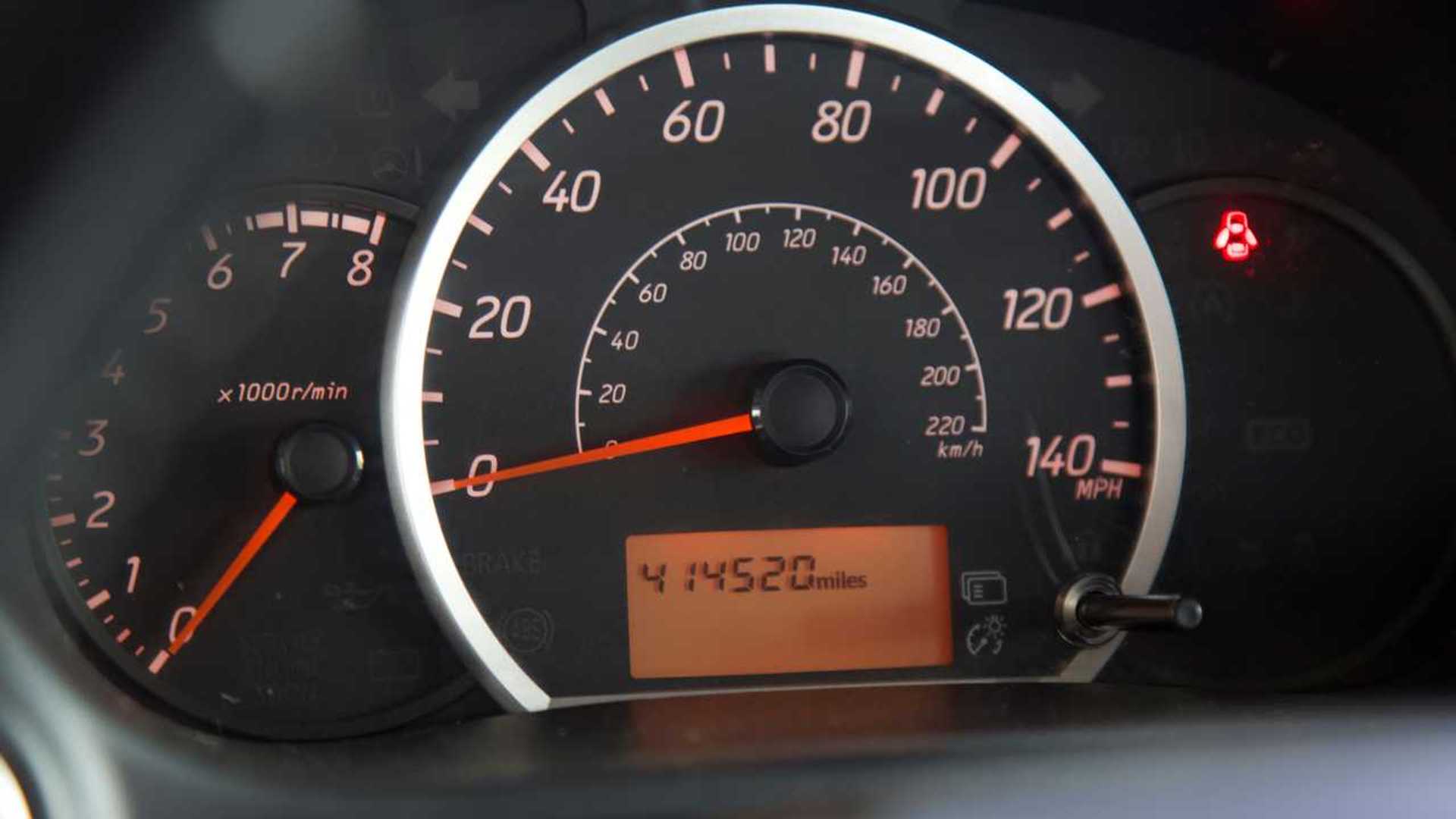 We say this not to be disparaging, just the opposite in fact. Any vehicle reaching 400,000 miles is impressive, never mind a small subcompact best suited for zipping around cities. The 2014 Mirage started at $12,995, and according to the Huots, the car needed only basic maintenance in their care. Lumped in with that was a starter at “somewhere between 200,000 and 300,000 miles” and wheel bearings at around 150,000 miles, but that’s still impressive for such mileage. The car was used for work and play, and for the precious few hours it wasn’t on the road, it was parked outside the Huot’s home.

The car has since moved on, but it’s not forgotten. The Huots visited their local Mitsubishi dealer for some basic maintenance, and when the dealership owner learned the mighty Mitsu had 400,000 miles, he was keen to get the car for advertising purposes. Considering we’re writing an article about it, the advertising move was a smart one. As for the Huots, they got a new 2020 Mirage for a “great deal” according to Jerry. Considering the exposure Mitsubishi is getting out of the deal, it better be more than a couple grand and extra scotch guarding on the seats.

We aren’t convinced a Mitsubishi Mirage is the best place to spend 414,000 miles on the road, but when you add up the low purchase price and distance covered – not to mention the fuel-sipping nature of the 1.2-liter engine – it could well be the cost-per-mile champion of the world.