The Tesla owner seems a bit obsessed with the prototype’s panel gaps.

Tesla is not known for the build quality of its cars. It would not surprise us if this Korean Model 3 owner felt vindicated to point out that a Hyundai Ioniq 5 prototype also presented weird panel gaps. He discovered that after checking the car while it was charging and following it for a while in traffic.

The video was brought to our attention by our friends at Motor1.com. Although we do not speak Korean, the video focuses on a body panel defect on the hood – or the frunk lid, if it has one – at precisely six minutes. You can see the lid edges out of where they were supposed to fit. 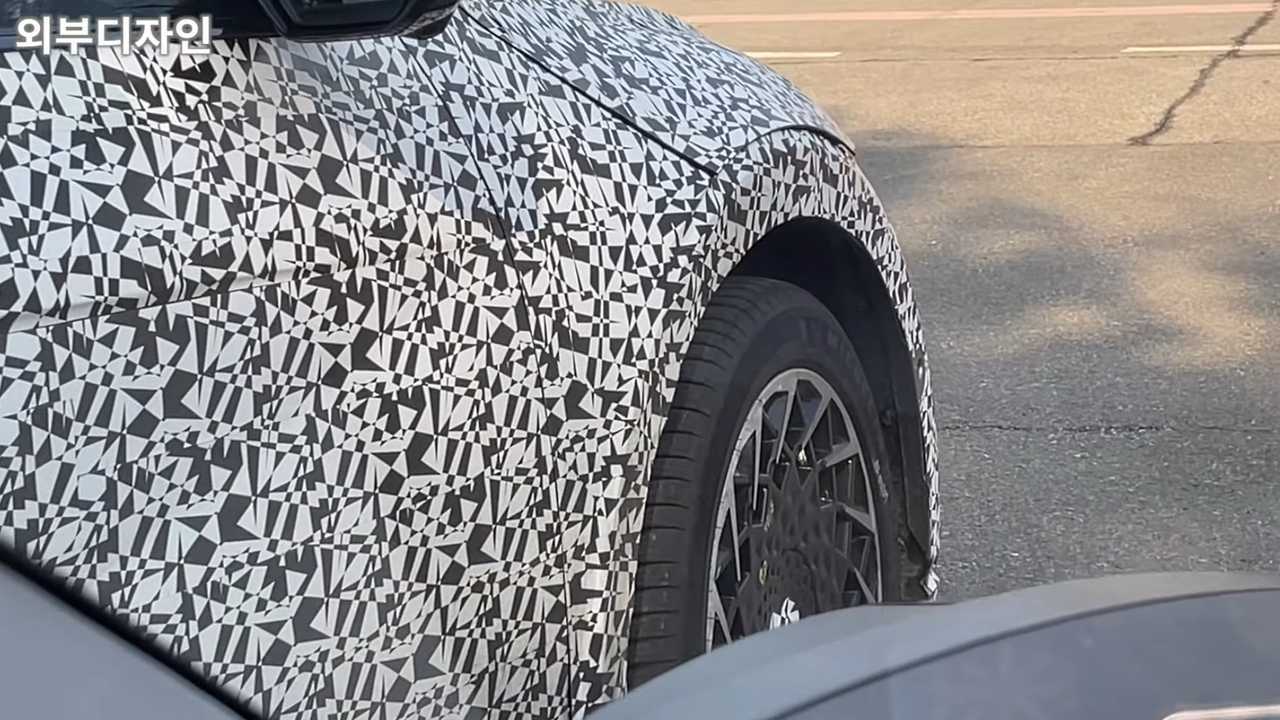 According to the translations we managed to make, the youtuber criticizes the issue. By the end of the video, he mentions quality problems again. Our Korean readers will be able to tell us more about that, and any help is more than welcome. It is just important to bear in mind that this is a prototype: things may go wrong with it so that they don’t with the production car.

Apart from that panel gap, the video also showed that the prototype has similar wheels to those seen in the Hyundai 45 concept. The tires are 244/45 R20, supplied by Michelin, which show the company bet more on appearance than in energy efficiency: the bigger the wheels, the worse the energy consumption, as Jason Fenske told us a while ago.

The door handles on the Ioniq 5 are pretty similar to those on the Tesla Model 3. The main difference is that it is its rear extreme that pops out, not the front one, as one can see at 3:02, where we placed this video to start above. But the main surprise this video holds apart from the panel gap is a charging gauge under the charge port.

Beside the charging inlet in the car, we can see ten little squares – such as pixels – that get lighted up. At the bottom of this gauge, a button reads “close.” The Korean youtuber questions why there is an adapter to the charger, especially one that is so short. Only Hyundai will be able to explain that. 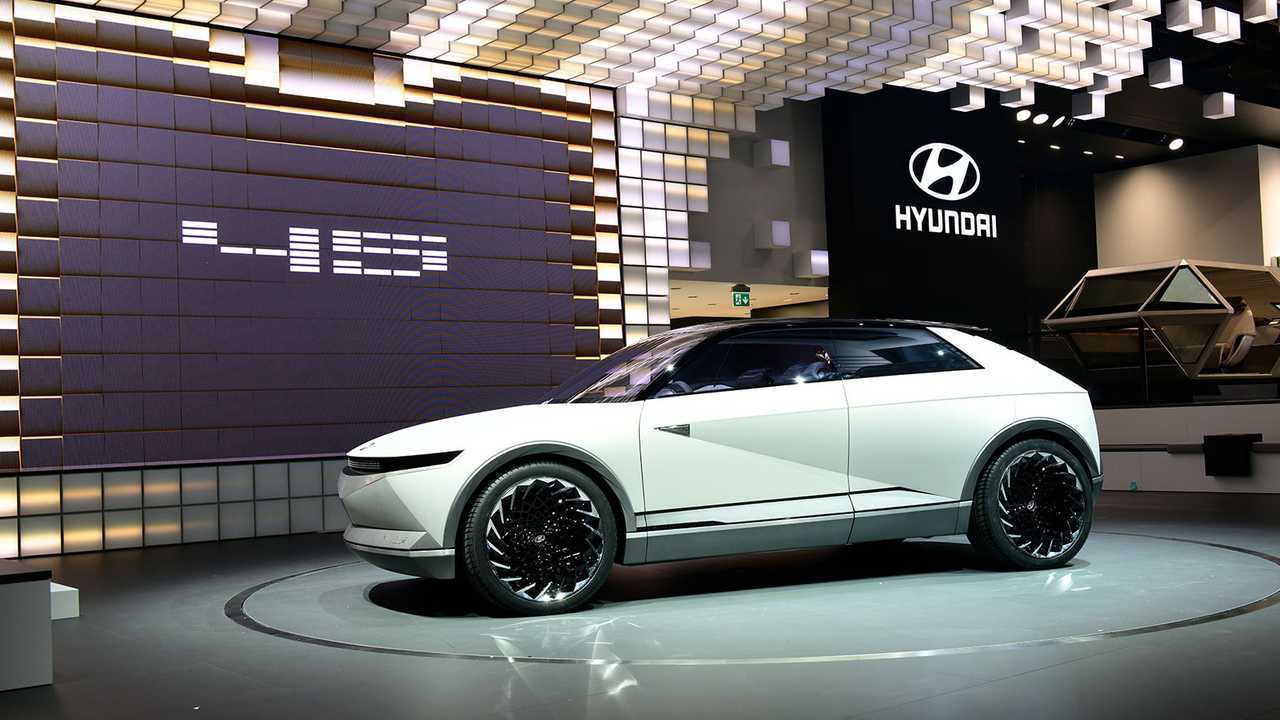 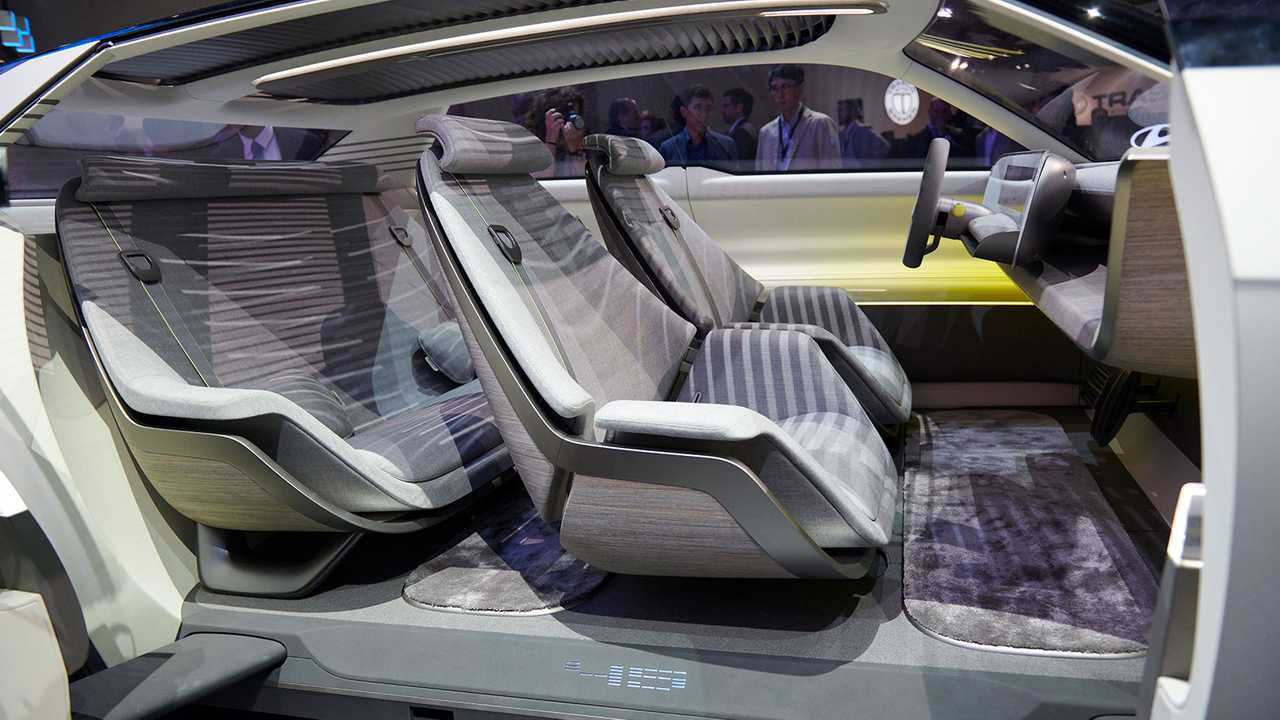 When the youtuber followed the Ioniq 5, he could also see and admire the headlights and taillights with “pixels” and the same side creases the 45 had. For what the video presents, the production car will be very faithful to the concept – if you are not expecting to see sliding doors.