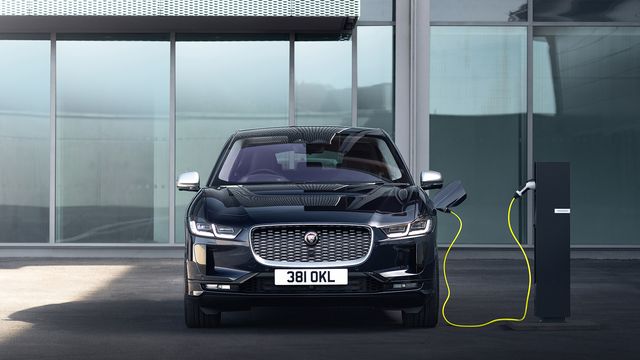 Despite the fact that the I-Pace has been on sale for a few years, Jaguar’s announcement earlier this week of plans to go all-EV by 2025 took the industry by surprise, given the automaker would be outpacing quite a few other luxury marques in the transition to battery-electric vehicles. Jaguar’s new CEO Thierry Bolloré laid out the brand’s electric strategy dubbed Reimagine earlier, charting the course that Jaguar and its corporate sibling Land Rover will take over the next decade as a part of a turn to zero-emissions vehicles. The name of the plan will effectively reimagine Jaguar as an all-electric luxury marque, representing one of the biggest steps for the brand in decades.

The year 2025 is not far over the horizon, which means that the EVs Jaguar will offer are already in the development pipeline. (And yes, this means that Jaguar models equipped with internal-combustion engines have about four years of life left.) This doesn’t mean that every current Jaguar model will be turned into an EV by that point in time — some Jaguar models won’t make the transition — as Bolloré signaled the marque will have a truncated range of offerings by then.

“We know JLR has been toying around with electrification for a few years now and had success, from robust mild-hybrid tech found under the hood of the Defender to the fully-electric I-Pace. Both Land Rover and Jaguar currently have excellent portfolios for even more electrification,” Robby DeGraff, industry analyst at AutoPacific told Autoweek.

What will the next steps be for the brand to make the transition to an all-EV lineup?

Jaguar intends to use the Electric Modular Architecture (EMA) platform for its future electric models, expected to include a next-gen I-Pace, which will likely merge with the spot occupied in the lineup by the current gas-engined E-Pace. The larger F-Pace is expected to make the transition as well, and will also likely spawn a similarly-sized Land Rover model sometime after 2025, following the expected arrival of an electric Range Rover. 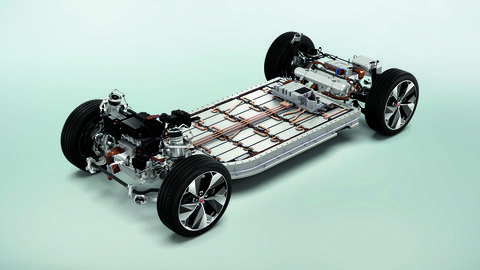 The F-Type, meanwhile, is expected to be quite central to Jaguar’s future lineup. With the demise of the current coupe and cabriolet, in production since 2014, the F-Type is expected to go electric in the next generation. Indeed, it would be difficult to imagine a Jaguar range composed solely of sedans and SUVs.

When it comes to passenger cars, we could also see the XE and the XF merge into a single sedan offering, likely dropping the wagon version of the XF in the process. This single sedan is likely to be larger in size than the XE, and will be aimed at midsize electric offerings like the Mercedes-Benz EQE when it arrives.

The reason for the expected consolidation is that the combined sedan sales will likely not support the cost of developing, marketing, and selling two distinct models, not in the face of shrinking market demand for sedans. We are likely to see a single sedan offered in standard- and long-wheelbase versions, the latter of which will likely be loved in China and elsewhere.

Similarly, the XJ that was supposed to arrive in battery-electric form later this year will not materialize after all, marking the first major cancellation of the automaker’s strategic Reimagine plan—and representing the end of the line for a model that had been the marque’s mainstay for half a century.

Whether this sharp turn away from the XJ will pay off remains to be seen, especially given that the car had already been developed 90% of the way to production, so that money had already been spent.

“Jaguar somewhat surprised us with the decision to completely pull the plug on plans for an all-electric XJ, especially since we’ve already seen images of camouflaged prototypes running about,” DeGraff added. “Mercedes-Benz is launching its new EQ electric subbrand here in the U.S. first with an S-Class sized EV (the EQS), BMW is at work on a battery-powered version of the next 7-Series, and even Lucid is ready to deliver its gorgeous Air to customers this coming spring. A luxury automaker shouldn’t pass up the opportunity to have a large battery-electric sedan of it’s own to compete with. This might be a decision that Jaguar soon regrets.”

While Jaguar cited factory allocation issues in axing the XJ, company sources have hinted that the electric XJ would have been an expensive model to focus on in more ways than one, and would have faced too many competitors during its product cycle including Mercedes, Tesla, BMW, Audi, and Porsche. Jaguar may not have wanted to play sixth fiddle in this scenario. In that sense, other segments and price points likely offered greener pastures for Jaguar. And once again, as sedans continue to fall out of favor against crossovers and SUVs, a big and expensive Jaguar EV saloon, despite being 90% ready for the assembly line, was not likely to generate sales that would have warranted its production. 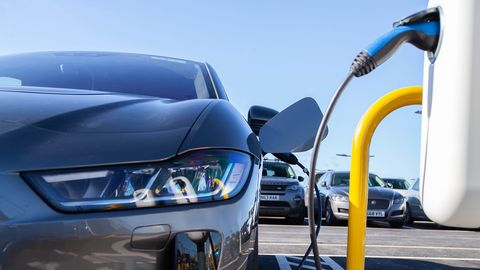 So that’s what Jaguar’s lineup is expected to look like in four years: two SUVs, a sporty XK model in two flavors, and a single sedan with a likely choice of two wheelbases. A range of four main offerings is likely to be the right size for the automaker that’s increasingly dwarfed by its Land Rover sibling.

“Jaguar Land Rover is unique in the global automotive industry. Designers of peerless models, an unrivaled understanding of the future luxury needs of its customers, emotionally rich brand equity, a spirit of Britishness, and unrivaled access to leading global players in technology and sustainability within the wider Tata Group,” said Thierry Bolloré, Jaguar CEO.

“We are harnessing those ingredients today to reimagine the business, the two brands and the customer experience of tomorrow,” Bolloré added. “The Reimagine strategy allows us to enhance and celebrate that uniqueness like never before. Together, we can design an even more sustainable and positive impact on the world around us.”

The stakes for Jaguar are surprisingly high, as the automaker is betting that none of its repeat and new buyers will want a gas-engined model in a matter of years. That’s a big change from today, with only one electric Jaguar on sale. Can demand for EVs grow that much by 2025, to the point that you won’t want to buy a gas-engined car from Jaguar? Bolloré is betting that our EV future will arrive sooner than expected, and that repeat Jaguar buyers will make that change in a few short years.

Will Jaguar’s customer base be ready for nothing but EVs by 2025? Let us know in the comments below.