But the popular owner-driver, who’s zooming up on 67 years old, is one of the most forward-thinking team owners the Camping World Drag Racing Series ever has seen. His age belies his cultural-marketing savvy. Twice at Virginia Motorsports Park, he has hosted YouTube star Stephen Sharer and family—the social media influencer Stephen Sharer whose videos have fetched an estimated 4.3 billion views and more than 9 million subscribers.

And after seeing the social-media influencer rave about how mind-blowing the sensory overload of an NHRA event was for Sharer and his brother Carter and their sister Lizzy – and watched them include it in their wildly popular family-adventure video series, McMillen floated an idea: Why not add a Gen-Z teenager to the NHRA Board of Directors?

He wasn’t being flippant—just the opposite. His was a thoughtful suggestion aimed solely for the purpose of promoting the sport of drag racing to a much younger generation than the ones that fill the stands.

After all, the Camping World Drag Racing Series should be right in the Gen Z wheelhouse—instant gratification, insane drama on the drag strip every couple of minutes, all kinds of crazy noise and smells. It’s the Extreme multiplied exponentially. Who wouldn’t be—in Top Fuel star Antron Brown’s words—“bezonkered” seeing 11,000-hp vehicles launch from a still position with the same thrust as NASA’s Space Shuttle, rocket the length of about three football fields in less than four seconds, throw out a parachute or two to whoa it down at a jerk of negative-5 gs?

Former Funny Car driver Dean Skuza once said, “We’re not like NASCAR. We don’t conserve tires. We don’t conserve fuel. We don’t conserve nothin’! What’s more American than that?” And former Pro Stock driver Tom Martino, whose race car didn’t even run on crazy-powerful nitromethane, called his ride “a rolling fruit cart” because if he didn’t use everything up on every run, it would spoil. And who better to spread the gospel of drag racing than a Gen Z preacher? On the racetrack the drivers throw down. On the Internet, the digital generation throws it around.

And someone who’s tech savvy and, maybe more importantly, passionate about drag racing is just what the 70-year-old sport needs to revive it, to ensure that stays relevant another 70 years. The youngest member of the current Board of Directors is hovering around 50, which is not a disparaging observation. Wisdom comes with age, but sometimes wisdom brews best in a fresh and free exchange of ideas. And that’s what a Gen Z’er— someone born between 1995 and 2015—could bring to the party. 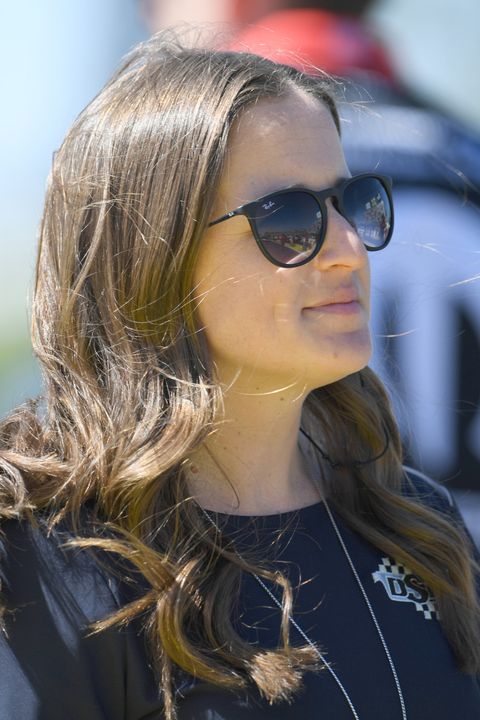 “I completely agree, because my age range is considered Millennial. The generation below me is Gen Z. The things that Gen Z are into watching, I’m too old for at this point,” Schumacher said. “So you talk about a Tik Tok and I’m like, ‘OK. I know the concept. I know it’s an app where you can figure it out, but it’s so funny just to see how it just happened so quickly. All of a sudden I’m like, ‘I don’t know what the latest and greatest is in that stuff.’ So you always need to tap into the younger generation to be like, ‘OK, guys, what do we need to do?’ So I completely agree.

“I thought we finally got our hands wrapped around Instagram, then a new channel pops up. So it’s definitely wild—and that’s what makes it fun. It keeps us on our toes, and it definitely keeps us thinking,” Schumacher said.

By making such a move, the NHRA undoubtedly would score points for creativity and marketing brilliance. Media coverage would far surpass anything the NHRA had hoped for when it instituted the Countdown to the Championship.

“Yeah, 100 percent,” Schumacher said. “I mean, they (Gen Zers) have the ideas, especially. Their attention span is so short. So how do you capture it in a couple seconds? I don’t know what the stats for, say, Tik Tok is, but basically on Instagram, you have about five seconds to capture someone’s attention before they’re going to go to the next post. So how do you capture a sport or something that quickly to pull someone in and make them look into it more?”

It’s a question for which the NHRA needs to find an answer—and, to be fair, so do many racing series and other companies who want to grow and prosper. 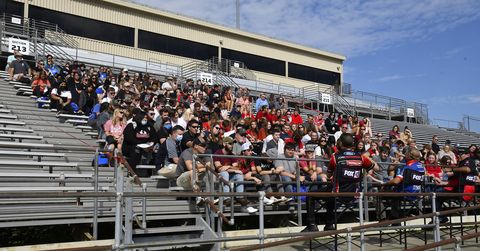 “That’s why on our (web) page you’ll see a lot of header flames, lots of cool, little videos with warm-ups—because that’s what makes someone stop and say, ‘Wait a minute, what is that!?’” Schumacher said. “I think a lot of it’s just educating them that it’s here, that it’s out here, that there’s a race, on average, 24 weeks a year. I think it just the education of all that because I would say 9.9 times out of 10 you get someone out here and they’re hooked for life.”

The adage says, “A new broom sweeps clean, but the old broom knows where all the dirt is.”

The NHRA might want to think about what could happen if no one stirs up any dirt.