According to AmInvestment Bank analyst Alex Goh (as reported by Bernama), car prices in Malaysia are expected to increase by 1% to 3% should the government switch back to the goods and services tax (GST), which is the opposite of what happened when the sales and service tax (SST) was implemented back in 2018.

Earlier this month, prime minister Datuk Seri Ismail Sabri Yaakob revealed the government was considering reintroducing the GST to expand its revenue base and carry the weight of public subsidies. “We lost RM20 billion in annual revenue when we abolished the GST and replaced it with the old SST. No other country in the world has reverted back from GST to SST, except for Malaysia,” he told Nikkei.

More recently, the Federation of Malaysian Manufacturers (FMM) said it welcomed the return of GST, although it must be at a rate that will not burden the rakyat – the GST rate was 6% previously. FMM president Tan Sri Soh Thian Lai explained that GST provided a fairer tax structure and eliminated cascading and compounding of taxes commonly found in the SST regime. He added that Malaysian exports would also become more competitive on the global stage as no GST is imposed on exported goods and services, while GST incurred on inputs can be recovered along the supply chain.

Winding back the clock, car prices did, by and large, decrease somewhat when GST replaced SST in 2015, although there were also some models that saw increases. As we reported previously, there were also large-scale price drops when SST was reimplemented in 2018, so it’s not an apples-to-apples comparison as the differing methods in calculating GST and SST complicates matters.

We previously prepared a deep dive into the differences between GST and SST, which you should check out to better understand the mechanics of the two tax regimes. As a quick recap, the GST is a value-added tax where tax is paid at every stage of the business transaction versus SST’s one-time tax, which is paid by the manufacturer/importer. 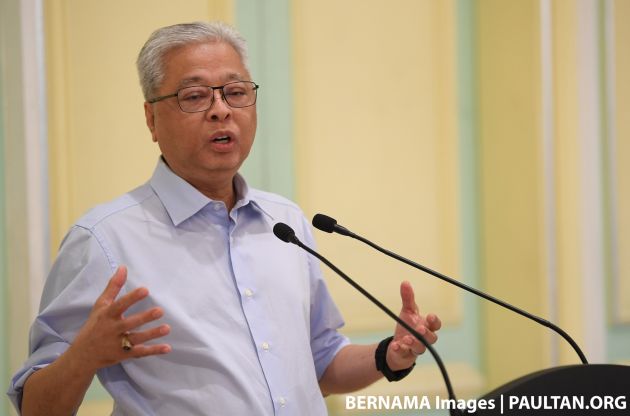 However, it should be noted that the total amount of tax paid under GST is actually lower due to its input tax claim mechanism. In essence, the final GST amount is borne by the consumer versus the SST, in which the quantum is paid by the importer or manufacturer.

Price adjustments varied greatly across brands during the introduction of both GST and SST, with the latter generally leading to increases in fully-imported (CBU) models. It was also noted that SST is absorbed for CKD vehicle components, which helps keep prices of locally-assembled vehicles lower. Car companies will also adjust the way the prices of their models are calculated to account for these changes to satisfy customers and the government’s requirements.

At this point, do you support the government’s proposal to reintroduce GST or should SST be maintained? Let us know what you think in the comments section below.