After a six-hour software update and a 12V battery replacement, everything seems to be solved.

Shannon used to have a Tesla Model 3 and once helped us learn more about the car’s depreciation. She also used to have a YouTube channel called Tesla & Chill. After she bought a Ford Mustang Mach-E, she probably thought it would be a good idea to change the name to EV & Chill. After making a viral video about the things she didn’t like on the car, she received it back. Ford apparently fixed the issues.

Shannon’s main complaint was related to the backup camera, which insisted on not working sometimes. Ford told her they checked everything with it and were not able to reproduce the problem. Despite that, the dealer who took care of the problem said they have one spare camera if the problem comes back. 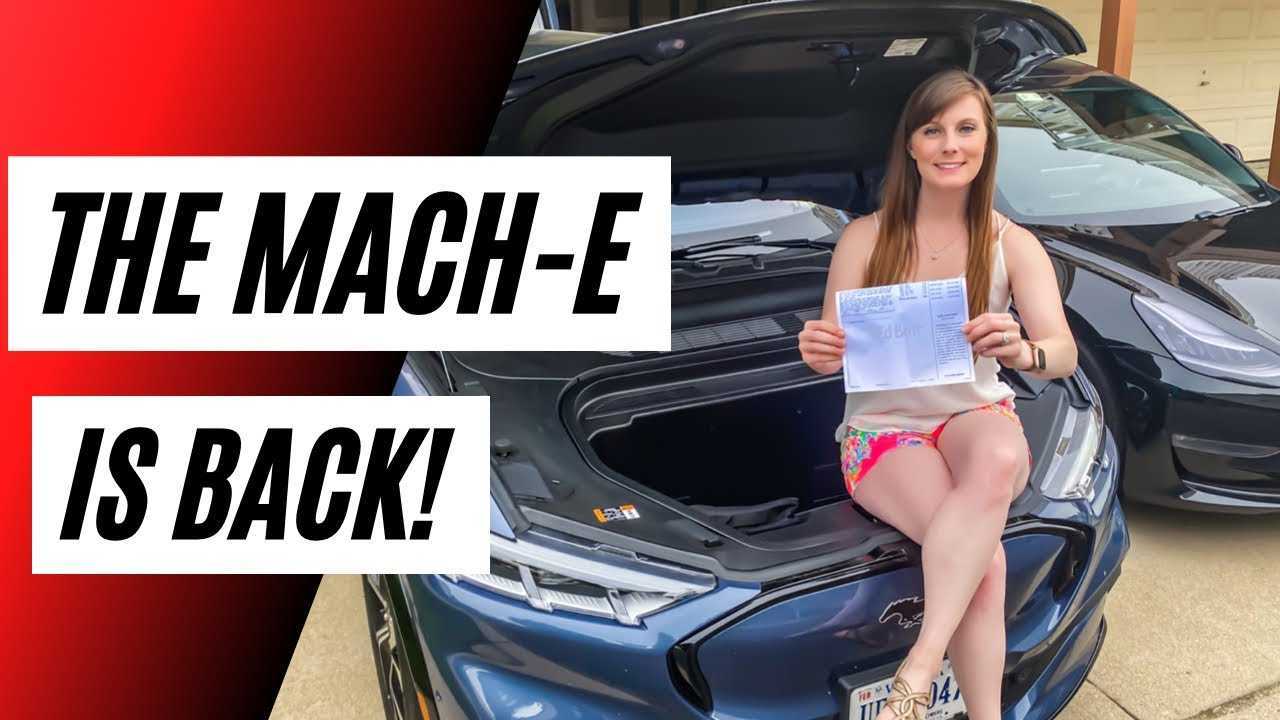 What Ford did not stress, and Shannon seems to have missed, is that the problem was probably not related to the hardware. Most of the issues she had looked like software bugs. To address that, her car went through six hours of a software update.

After that, she felt the touchscreen was a lot more responsive. Sirius got back to work, and the Hands-Free Liftgate opening system also did not fail again. Shannon also had some issues with the Phone As A Key system. It is still not perfect, but it now works.

Another problem fixed for free in the Mach-E was a defective 12V battery that would not be holding charge as it should. Ford gave her car a new 12V battery, and things also seem to be solved on that end.

That puts the Mach-E in the long list of electric vehicles with 12V battery issues. After Tesla cars presented them for so long, the Volkswagen ID.3 also had them, and they were apparently fixed with a software update that could only be performed at Volkswagen dealerships. We suspect the Mach-E will not be the last of new entrants with issues with these batteries.