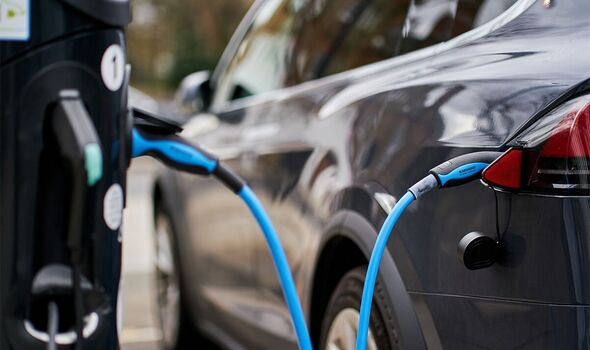 An annoyed EV owner has taken to Reddit’s r/electricvehicles forum to share his frustration after he received a £100 fine for waiting to charge his electric car. The driver added that the charging queue was so long, he had to wait for three hours.

The motorists wrote: “Anyone else received a parking fine for queuing to charge your EV?

“My family (inc. child+cat) were stuck in our car for nearly three hours at an M4 Welcome Break (with only two charge stations…) and have received a £100 parking charge.

“Parkingeye declined my appeal so I’ve escalated it to POPLA.”

The initial post was later edited with the driver adding that despite the appeals, he might still be forced to pay the fine.

The Reddit user said: “They’ve given me 14 days before the fine increases so I’ll see what POPLA says and if it’s bad news I might just have to pay it.

“Definitely avoid Welcome Breaks for charging, I don’t think anyone else in the queue had paid for parking either so we’ll all be hit with these fines.”

After a while, the post was edited again adding that the “plot has thickened”.

The driver claimed he received a message from Parkingeye saying: “As a gesture of goodwill, we would like to offer you the opportunity to make a discounted payment.

“If you appeal to POPLA and your appeal is unsuccessful you will not be able to pay the discounted amount … the full value of the charge will be outstanding.”

The motorist commented alongside the message saying: “So they appear to be blackmailing me into not appealing to POPLA (an independent service FREE to all motorists who want to appeal against a Parking Charge Notice). How are they allowed to do that?!”

The post has not been updated since and it is unclear whether the driver was forced to pay the fine.

Express.co.uk has reached out to Parkingeye and Welcome Break for a comment.

Unfortunately for electric car owners, this is not the first time a situation like this has taken place.

Last year, an annoyed motorist wrote to The Guardian to explain how they were also slapped with a £100 fine for parking too long at a service station while charging their electric vehicle.

The driver said: “I had to wait over half an hour for a connector to become free, then spent an hour and a half charging.

“Like most people, I’ve never spent more than two hours in a motorway service station and it didn’t cross my mind to buy a ticket.

“At Abington, a punitive £15 parking fee kicks in after two hours and many drivers will be unaware they’ve exceeded the limit while charging. If this is not paid, a £100 PCN is issued.

Welcome Break, which operates the service station, said there are signs “dotted around” and that it has a duty to ensure drivers leave promptly to make way for others.”

The company said: “The parking policy reflects the guidance from National Highways which states that a two-hour break is adequate for all drivers who seek a rest while driving.”