Deliveries of the 702-horsepower Ram TRX pickup only just kicked off in the past month or so, and folks aren’t wasting time when it comes to testing their off-road chops. For some, that means wheeling on designated trails and dunes—y’know, the stuff this Hellcat truck was built for. Others, though, are sending them off big dirt ramps, getting huge air and almost demolishing their $90,000+ rigs in a single pass. Actually, it looks like just one guy is doing that. 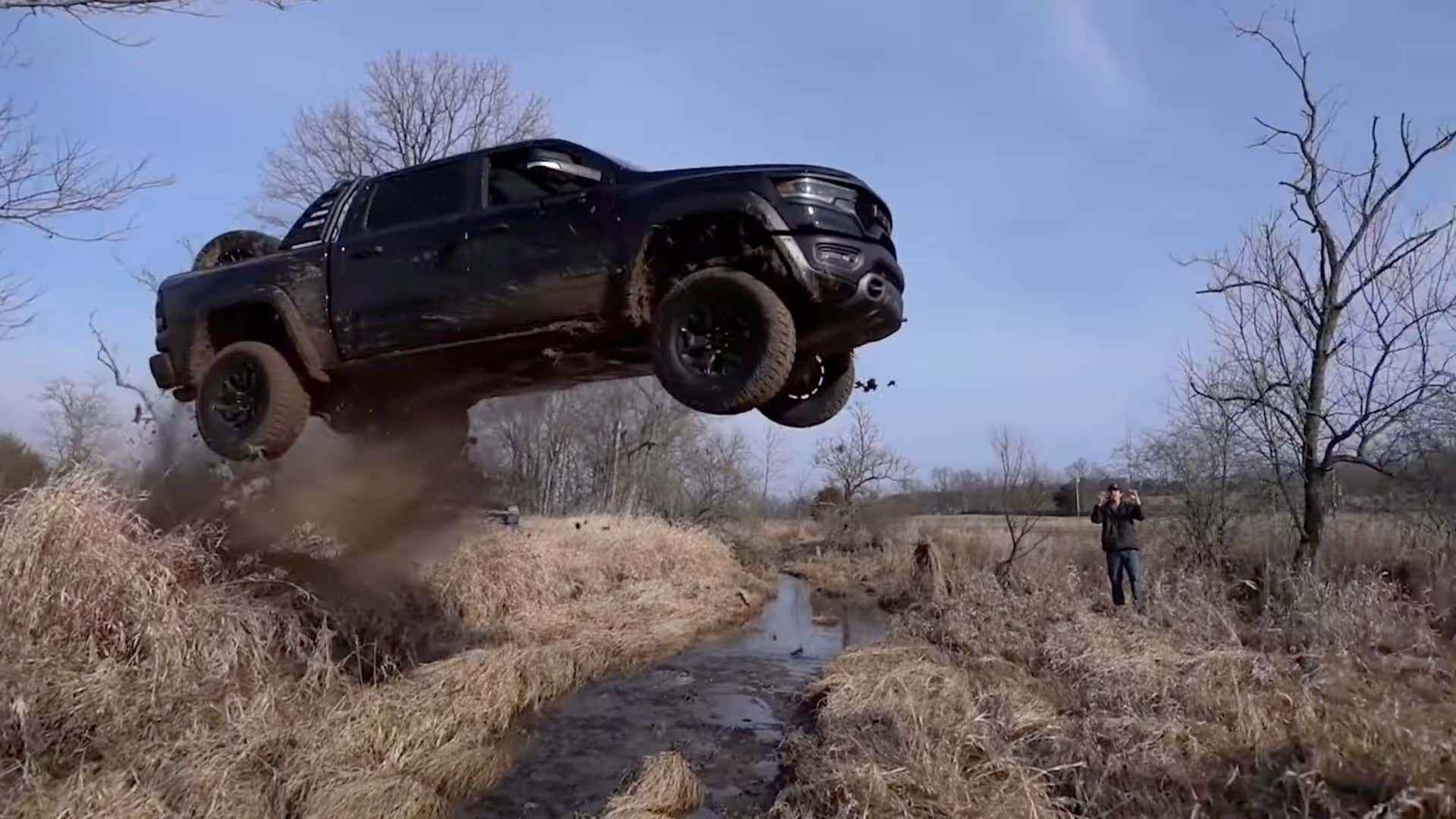 The man behind Street Speed 717 on YouTube has been pumping out content ever since picking up his high-powered Ram about a week ago. He raced it against a Lamborghini Urus, for starters, and then decided to jump the TRX after getting 25,000 likes on another video. “Okay,” you’d think. “No big deal.”

Well, even he had second thoughts after approaching the impromptu ramp. He and his friends had apparently used the launchpad before, though the last time, it was a Ford Raptor that took the beating. Just for reference, they were able to jump over a Humvee pickup without any issues, so you can probably guess it’s pretty rowdy.

As it seems, the Ram TRX is bone stock with its active Bilstein suspension and chunky 35-inch Goodyear all-terrains. There’s not even a real aftermarket for these trucks yet anyhow. In turn, all the factory hardware was tasked with the launch—and the landing—of the 6,400-pound truck.

It’s hard to estimate just how high he flew, but he could’ve easily cleared the aforementioned Humvee, maybe even with a person standing in the bed. The Raptor’s tire marks were still dug into the mud from where it landed a few weeks ago and the TRX soared past those, landing brutally on its front-passenger wheel. 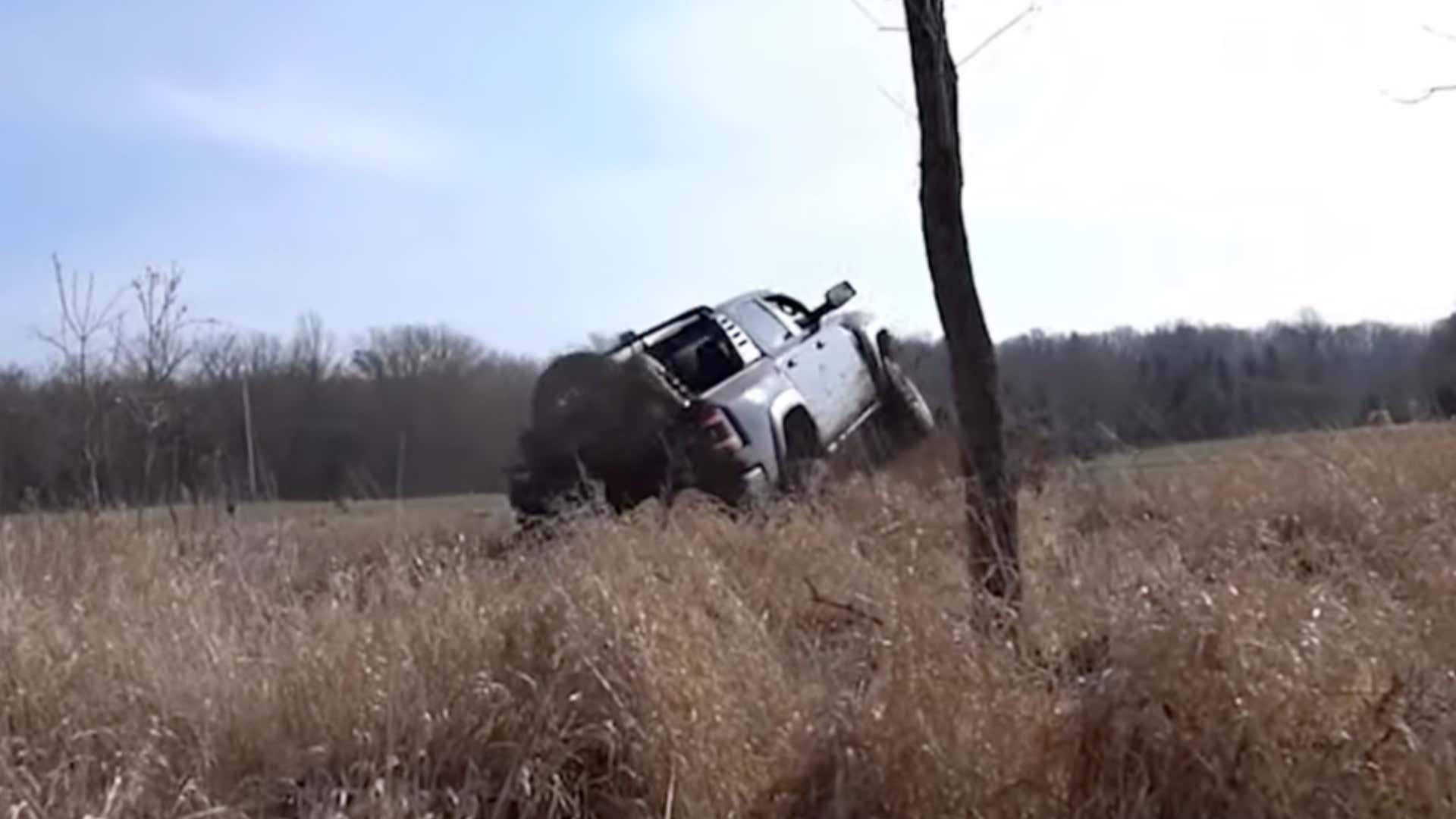 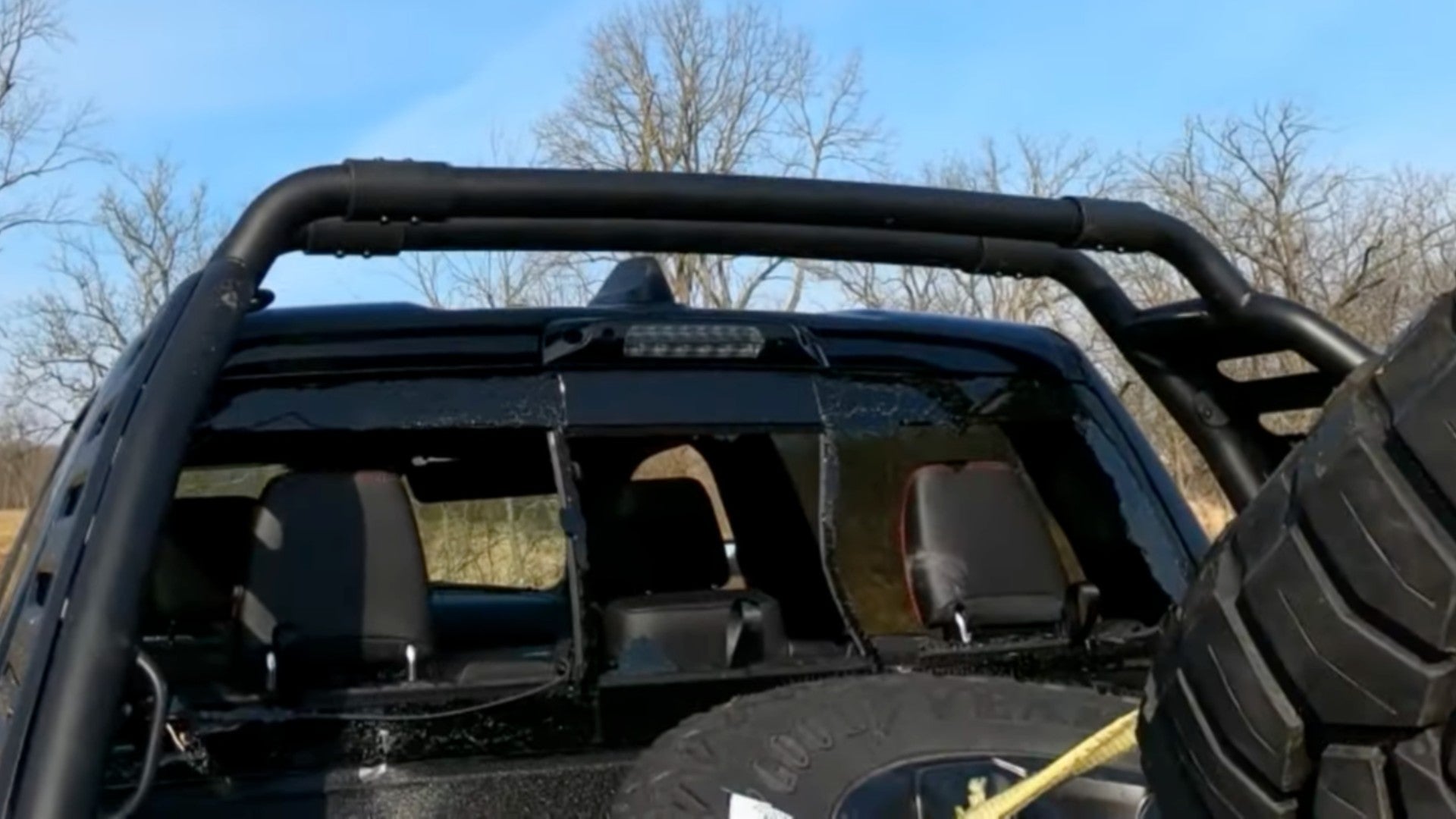 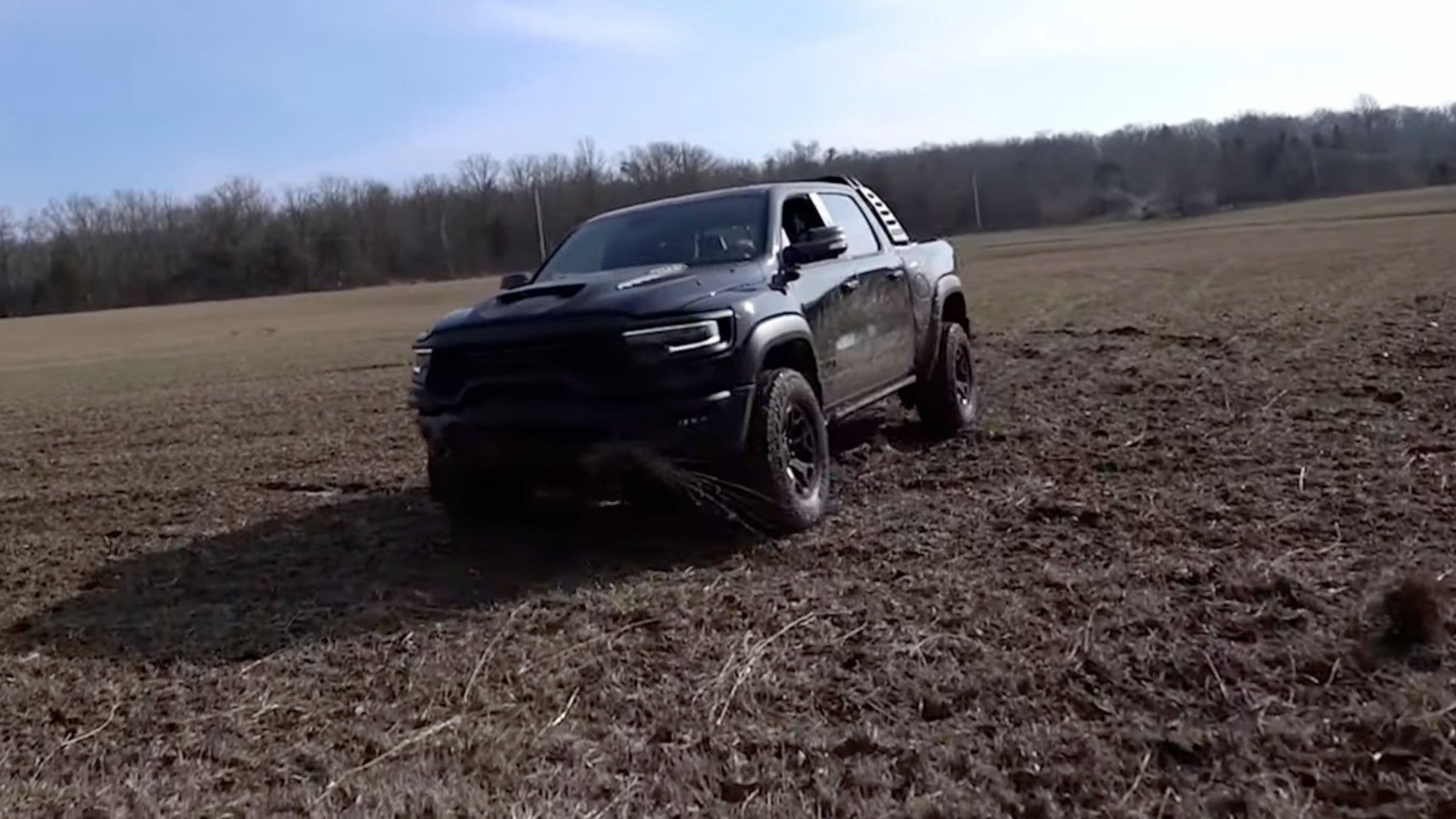 Upon impact, the Ram bucked back, transferring force from the front-end to the rear with a romping wheelie. The damage had already been done, and the front bumper was caked with mud and grass. It was also caved all the way in toward the frame, bouncing up and down after the ceremonious post-game wheelies. A walkaround also showed the back glass, which was totally busted out; even the plastic bed caps were dislodged.

It seemed to drive fine after the takeoff and, more importantly, the touch-down. If that’s not enough to convince you that the Ram TRX is built to take the abuse, then you’re probably better off going with something more…tactical.