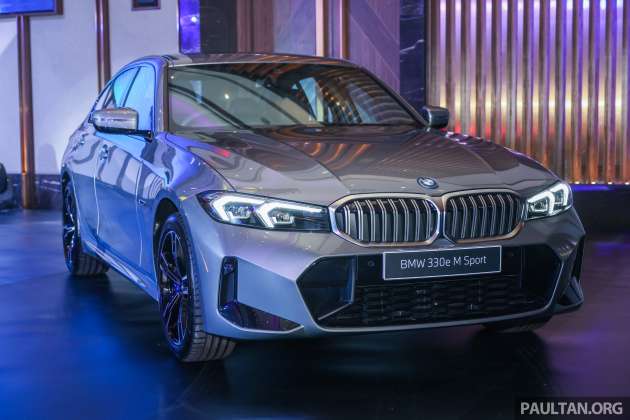 Earlier this month, we reported on the new pricing of BMW models sold in Malaysia for 2023 based on figures obtained from BMW Malaysia’s online configurator. The company has since posted a complete price list on its official website, so here’s a rundown of what’s changed.

Keep in mind that the figures mentioned here are on-the-road without insurance and inclusive of a standard two-year warranty, which is the recommended retail price what we typically highlight. At the time of the January 3 post, we could only source prices with the extended warranty and service package factored in from the configurator. If you want those, the latest price list with them is included here as well. 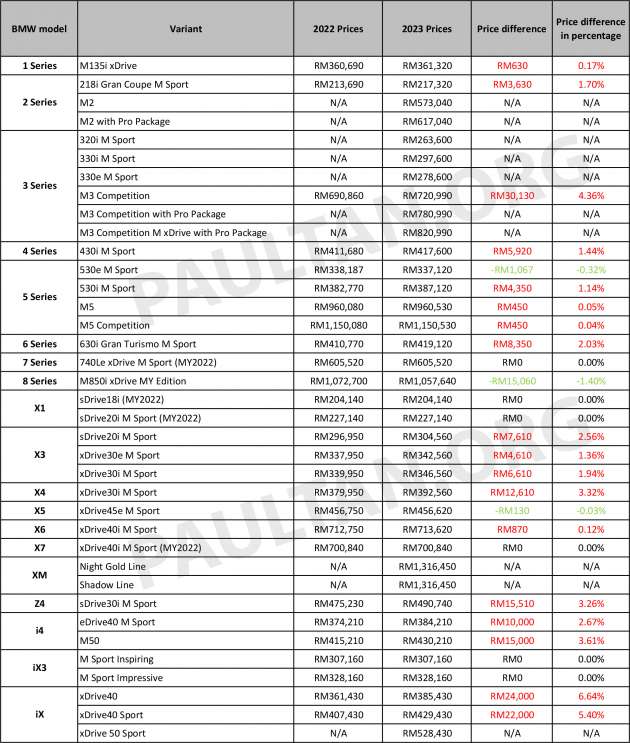 As for BMW electric vehicles (EVs), the iX3 retains its price tags of RM307,160 for the Inspiring and RM328,160 for the Impressive as before – both come with the M Sport package as standard. However, pricing of the i4 has gone up by up to RM15,000, while the iX also sees a price hike as much as RM24,000 for the xDrive40 and xDrive40 Sport. The newly introduced xDrive50 Sport variant of the iX already came with 2023 pricing.

You’ll notice some cars are listed for the 2022 model year and see no change to their pricing. These include the 7 Series and X1, which are expected to receive a full model change to the G70 and U11 respectively this year. The X7 is also due for a facelift following the debut of the Life Cycle Impulse (LCI) model in April last year.