Australia has often presented itself as the laid-back land of the larrikins, living by the code of “she’ll be right, mate.” The reality has always been quite different, with the rules-obsessed society always ready to crack down on fun. A perfect case in point is this recent effort by Victoria Police, who impounded a motorized cooler this week.

Police claim to have observed a 25-year-old male riding a “motorized esky” on the sidewalk in Kerang, a rural town roughly 280 kilometers northwest of Melbourne. Police “intercepted” the man, who reportedly never held a driver’s license. The cooler was classified as an unregistered motor vehicle, and the guy is set to receive a summons to court for the offenses of driving the “illegal” car unlicensed. 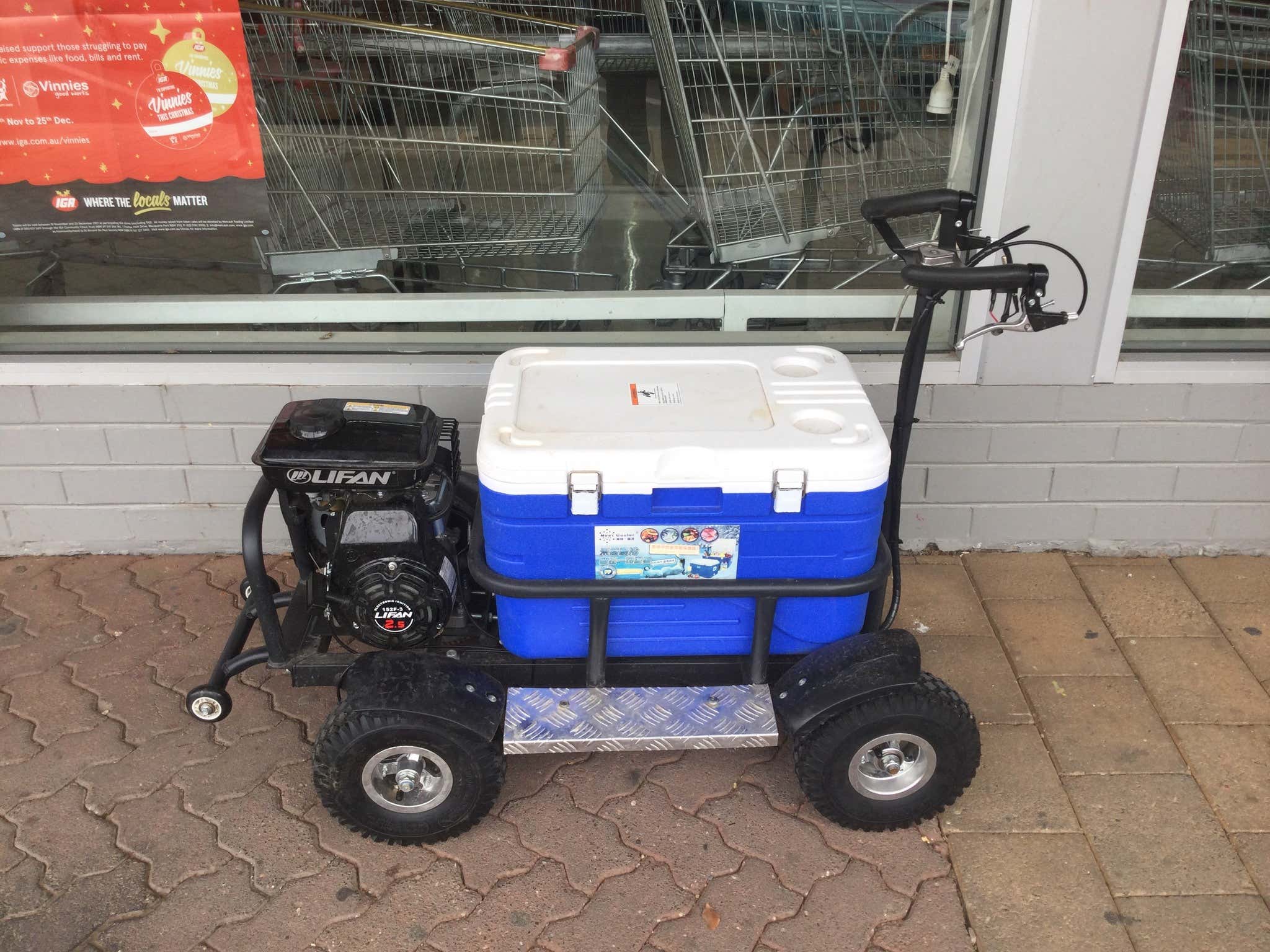 Notably, the man returned a negative result on a roadside breath test, though police impounded the vehicle for 30 days. The sight of a small cooler on the back of a local tow rig is an amusing one, and perhaps the best thing to come out of this story.

The Facebook post from police cited a regulation around “motorized personal mobility devices” which primarily concerns Segways, hoverboards and other self-balancing devices. Similar regulations in Victoria exist for scooters, too. All e-scooters are banned from roads and footpaths unless they have a top speed of below 10 kilometers per hour and 200 watts or less in power.

Neither definition neatly describes the four-wheeled, petrol-powered cooler, however, which runs a small Lifan 2.5-horsepower engine. But, as per Victorian legislation, since the cooler is not in a special exempted category like low-power scooters and electric bikes, it’s classified as a motor vehicle. Because of this, the cooler is then illegal to use on footpaths. However, it also can’t be used on the road, as it doesn’t meet Australian Design Rules (ADRs), along with lacking lights, mirrors, and road registration.

Thus, for the heinous crime of riding an Esky down a footpath, a young Australian has been plunged into the court system. It might not sound like the Australian way, but as someone who has lived here for decades, I can promise you that it has been ever thus. The country that invented the smoko and the sickie is also the place where you’ll get fined for drinking a beer on the beach.

Given that nobody was harmed in the “incident,” questions could be raised around the time and resources spent enforcing these laws. Others will argue such regulations are necessary to avoid turning our footpaths into a racetrack. Either way, one 25-year-old is seemingly paying a dear price for an afternoon cruise to the shops.