Aston Martin have dismissed a report that team owner Lawrence Stroll approached Fernando Alonso to replace Sebastian Vettel and was turned down.

The claim was made by Auto Motor und Sport as they discussed the driver merry-go-round, which has suddenly reached top speed following the resumption of action after the summer break.

Most speculation is, of course, surrounding Mercedes and which of Valtteri Bottas or George Russell will partner Lewis Hamilton next year.

That also impacts Williams, for whom Russell currently drives, while Bottas has been strongly linked with Alfa Romeo as a replacement for the soon-to-retire Kimi Raikkonen.

But Aston Martin have no apparent vacancy, with Vettel and Lance Stroll fully expected to stay in situ for another season – although the four-time former World Champion’s place has yet to be rubber-stamped.

Auto Motor und Sport reported: “Everything seemed to be clear for 2022 with Sebastian Vettel. But then suddenly credible rumours emerged that team owner Lawrence Stroll had approached Fernando Alonso with an offer, which the Spaniard rejected.

“Why they want to throw Vettel out the door, even though he has almost twice as many points on his tally as team-mate Lance Stroll (despite his Hungary disqualification), is not necessarily obvious.

“But due to a lack of alternatives, the partnership is to be continued after all. Actually, the confirmation was already expected in Zandvoort. But now it seems to take a few days longer.” 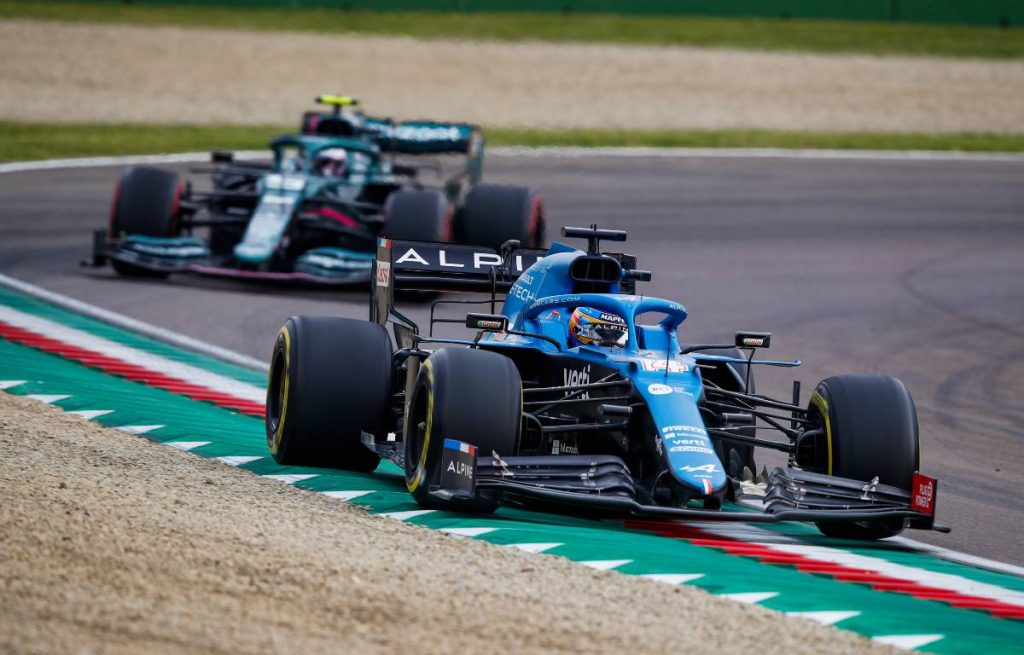 Those “credible rumours”, however, have been rubbished by Aston Martin, who outlined the scenario they are likely to have stemmed from.

“Lawrence Stroll did not offer a drive to Fernando Alonso, as has been reported in some media,” said an Aston Martin spokesperson, quoted by Crash.net.

“Lawrence had lunch with [Alonso’s manager] Flavio Briatore in Sardinia during the summer break. Lawrence and Flavio are friends.

“They have lunched together in Sardinia many times over many years. It was a social occasion, nothing more.”

Vettel was quizzed about his future during the first half of the Dutch Grand Prix weekend and was not 100% convincing regarding his place for 2022, replying “I think so” when asked whether he would definitely be on the grid next season.

He then offered more assurance by saying “as far as my position is concerned, everything is clear so far” and when asked to affirm the “I think so” comment he added: “I know, yes.”

Aston Martin team principal Otmar Szafnauer gave more detail by saying: “We have a one plus one contract. It stipulates certain dates on which we have to make a decision. But the deadline has not been reached yet.

“There is a window of time when we want to get together. That’s not far away. We like Sebastian and he likes us. Now we have to talk about how to go on next year.”

Alonso officially extended his contract with Alpine into 2022 just before the Belgian Grand Prix weekend.